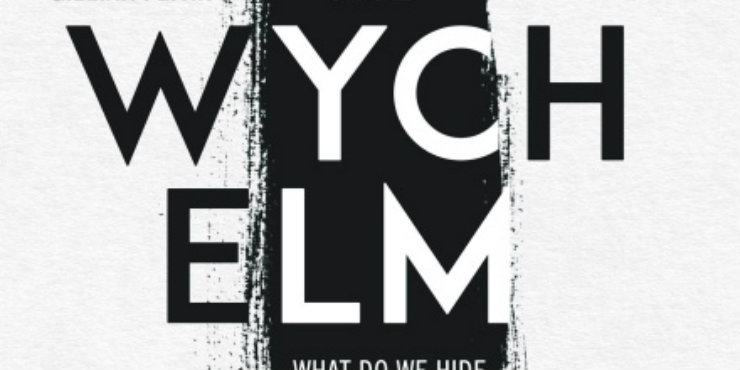 I’ve enjoyed all of Tana French’s books, and pre-ordered The Wych Elm as soon as it became available. I felt very jealous of US readers, who got it months before us here in the UK! As with French’s other books, although there is a mystery at the heart of the plot, there’s loads going on around it in terms of themes, relationships, and social commentary.

The Wych Elm is told from the point of view of Toby Hennessy, a privileged and lucky man in his late 20s whose world comes crashing down. First, he receives a potentially life-changing head injury from burglars in his flat. Then he finds out his uncle Hugo is dying of a brain tumour, and is persuaded to stay with him in the old family home, The Ivy House, as he recuperates and Hugo deteriorates.

One afternoon at The Ivy House, Toby’s small niece and nephew find a human skull inside the eponymous tree in the garden. Someone must have killed the victim and put his body in the wych elm ten years previously - but who? Paranoia and suspicion grow among Toby and his two cousins, Susanna and Leon, as the detectives play them off against one another and Toby tries to find out what happened, and his life will never be the same again.

The one thing that really drew me in to The Wych Elm was the small universe of the Hennessy family. The Ivy House is the constant centre of this universe; it’s been in the family for decades, originally belonging to Toby’s grandparents before being passed down to Hugo, and the three living generations of the family regularly gather there. The three cousins are particularly attached to it, having spent childhood summers there under Hugo’s lax eye while their parents went on holiday. As someone who’s parted with such a place for my family relatively recently, I found The Ivy House easy to envisage, and could really relate to the feelings and meanings Toby attached to it.

Toby’s world shrinks to The Ivy House, his family, and his girlfriend, Melissa, after his assault; it is rare that anyone from outside of the family comes to visit. This makes the intrusion of the detectives and other police personnel feel all the more shocking. Sometimes, however, I thought the story was a little too contained in that you never hear from the victim’s family - I’d have thought they’d be knocking down the door of The Ivy House demanding answers on at least one occasion.

The two big themes that keep you thinking long after you’ve finished the book are those of privilege/luck and the reliability of memory. While not a dislikable character per se, Toby has had a very easy, comfortable life; he went to a posh school where he fitted in fine, had no problems getting a job, flat, and girlfriend as an adult, and could always rely on his confidence and charm if a tricky situation did arise. As a consequence, he hasn’t always noticed or been particularly affected by the suffering of others close by.

Memory emerges as a theme in two ways. One is that, following his head injury, Toby has memory problems, although as he plays the damage up and down depending on who he’s talking to and what he wants from them, you’re never quite sure how bad it truly is. Then there’s the added complication that he doesn’t trust his memory himself!

The other is that Toby remembers events from the past differently from his cousins because they have not shared his experiences as a straight male. While he appears to have breezed through secondary school and thinks back on it fondly, he has been unaware that they don’t look back on that period quite so happily.

These themes combine to form the overarching question of the book (apart from ‘whodunit’, obviously!), which is whether Toby is a ‘good person’ or not. You have to decide for yourself: is it enough to ‘do no evil’ when you’re not actively using your privilege to help others? If an action you intended or judged as ‘harmless’ at the time has far-reaching consequences, how culpable are you? If you can’t remember doing something and are horrified at the thought you might have done it, does that make you reformed and/or less responsible?

In The Wych Elm, Tana French has created a small, self-contained universe full of paranoia, suspicion, and game-playing, and raised questions about the reliability of memory and what makes someone ‘good’.