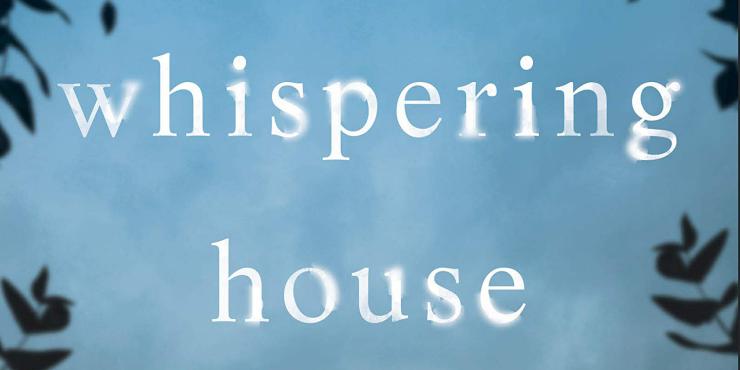 The Whispering House, by Elizabeth Brooks, starts with a wedding reception in the grounds of grand Byrne Hall. Despite instructions not to do so, bridesmaid Freya Lyell goes into the Hall, where she sees a portrait of her older sister, Stella - who died nearby, apparently by suicide, five years previously. As far as Freya knows, Stella had no connection to the Hall, so she makes it her business to go back there and find out more.

While there, she starts an all-consuming relationship with Cory Byrne, the brooding young artist who lives in the Hall with his mother, lady of the manor turned ailing widow Diana. At first it all seems very wonderful and exciting, but it’s not long before Cory’s genial mask starts to slip, and Freya never completely loses sight of her mission to find out about her sister’s final days.

There’s a lot to admire in The Whispering House. Brooks describes the Hall and the nearby beach, sea, and cliffs in brilliant detail, so you can really picture what they look like and how beautiful the scenery is. The house is also satisfyingly creepy, with its huge neglected downstairs spaces, multiple attic rooms, and portraits of disapproving-looking Byrne ancestors.

The mother-son relationship between Diana and Cory was really interesting to read about because it’s become so messed up since the death of Cory’s father when he was 13. Without giving too much away, Diana is so desperate to please her son and see him happy that she’ll do anything for him - and Cory takes advantage of this and exerts control over her.

Something else that I liked was the presence of art in this novel: Diana used to be an art collector, Freya’s dad is a notoriously honest art critic for a London paper, Stella briefly went to art school, and Cory spends the novel painting dozens of pictures of Freya in different poses (creepy much?). The climax of the novel is the opening of an exhibition at the Hall of Cory’s paintings of Freya.

Unfortunately, for much of the novel, Freya comes across as a massive wet lettuce. Even though she agrees with her aunt’s description of her as ‘young for her age’, I found it hard to believe she was 23. Throughout the opening scenes at the wedding, I was imagining her to be perhaps 16, maybe even younger.

Having grown up in the shadow of her fierce sister and dropped out of university after Stella’s death, Freya doesn’t really have a strong personality or ‘thing’ she can call her own, just a penchant for outdoor swimming and a vague desire to write. By contrast, Stella and Diana are strong characters I’d have liked to have read more about. The glimpses we get of Stella’s story make her sound like a fun, dramatic character, and it would have been fascinating to get a greater insight into Diana’s days as an art collector and upper-class socialite.

When Freya accepted the invite to stay at Byrne Hall the first time she met its inhabitants, then ended up jacking in her job and staying for months because she was in love with Cory, the house, and the idea that she could become a writer there, I was absolutely screaming at her not to be so stupid - and that was before Cory started showing his true colours! While the descriptions of Cory’s increasing lies and moods, and Freya’s careful handling of, and excuses for him ring true for an emotionally abusive relationship, it was still frustrating when she failed to see the danger signs or leave when she had the opportunity, mystery or no mystery.

The Whispering House has some elements that I really liked, but is let down by a weak main character who makes bad decisions.

The Whispering House is published by Transworld on 6 August 2020.