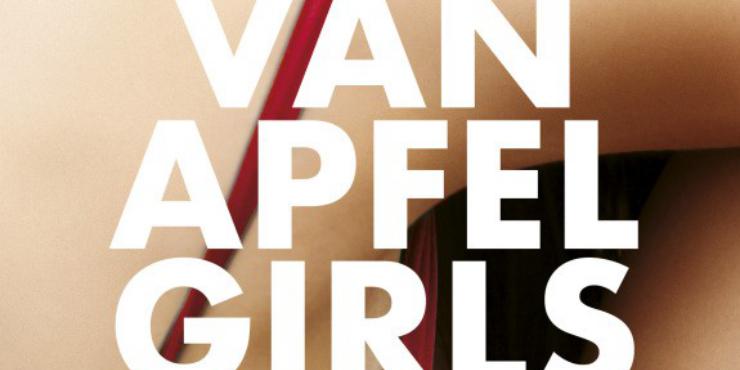 In Felicity McLean’s debut novel, The Van Apfel Girls Are Gone, we follow 31-year-old Australian lab assistant Tikka Malloy down memory lane to the summer she was 11, when the three blonde Van Apfel sisters disappeared into the valley. The body of Ruth, aged seven, was found a few days later; Cordelia (Cordie) and Hannah, aged 13 and 14, were never seen again.

Tikka and her older sister, Laura, lived in the same cul-de-sac as the Van Apfels, spent a lot of time with them in the lead-up to their disappearance, and were privy to the excesses of their hyper-religious parents. They never did find out what became of Cordie and Hannah, who could well still be alive, and occasionally torture themselves with the question of whether sharing everything they knew would have made any difference to the investigation.

I was drawn to this book by its similarities to Jeffrey Eugenides’ The Virgin Suicides - a book I read several times as a teenager (I hardly ever reread anything now, though that may be a supply thing…). Like the Lisbons, the Van Apfels are blonde and pretty, have strict Christian parents, and disappear in a flash. Cordie is the Van Apfel version of Lux Lisbon - the stunning, precocious, rebellious sister who draws the most attention.

As with The Virgin Suicides, the story of the Van Apfels is told by an outsider who lives nearby, but that’s where the comparisons run out. Unlike the boys in Eugenides’ novel, Tikka spends quality time with the Van Apfels, as opposed to largely observing/spying on them from afar and collecting objects that have passed through their hands. While Tikka admires Cordie, it’s not the same kind of worship the boys lavish on the Lisbons - the Van Apfels are therefore portrayed as humans, rather than a separate species like their literary counterparts.

McLean has accurately portrayed what it’s like to be an awkward child through the character of Tikka. She doesn’t really fit in at school or seem to have any close friends. While the other kids sing, play instruments, or dance for the school show, she chooses to write a skit, and the cooler girls who act in it wouldn’t give her the time of day in any other circumstances.

While, as mentioned above, Tikka is constantly at the Van Apfels’ house, at the same time, she’s set a little apart from the others because she’s too old for Ruth, but too young for Cordie, Hannah and Laura, who’s always pulling rank over her. She wants to be like the older girls, but they don’t let her in on their secrets. She writes a part especially for Cordie in her skit, but Cordie isn’t interested.

Tikka’s questions, thoughts and misunderstandings on a range of topics including death, séances, religion, teachers, and popular sayings make for some real snort-out-loud moments, and reminded me of myself at that age, as well as the girls in Joanna Cannon’s The Trouble with Sheep and Goats. Another great source of humour in the book is Mrs McCausley, the nosy, sharp-tongued Tupperware enthusiast who lives on the corner and knows everyone’s business.

Also like Cannon, McLean has faithfully captured the experience of long, hot summer days as a child in suburbia: the hours spent languidly hanging around, nothing really happening, the highlight of the afternoon being an ice-cream or lolly from the freezer. Although, of course, this is Australia, so it’s November rather than July/August!

The Van Apfel Girls Are Gone ends with a lot of unanswered questions, beyond what Tikka and other characters reveal to the reader over the course of the book about events at the time. I’d have personally liked to have seen at least some of those things cleared up, but it’s not like Laura and Tikka get any answers or resolution either - reflecting real life. Even taking that into consideration, this is a sparkling mystery novel that’s perfect for summer.

The Van Apfel Girls Are Gone is published by Oneworld on 4 June 2020.