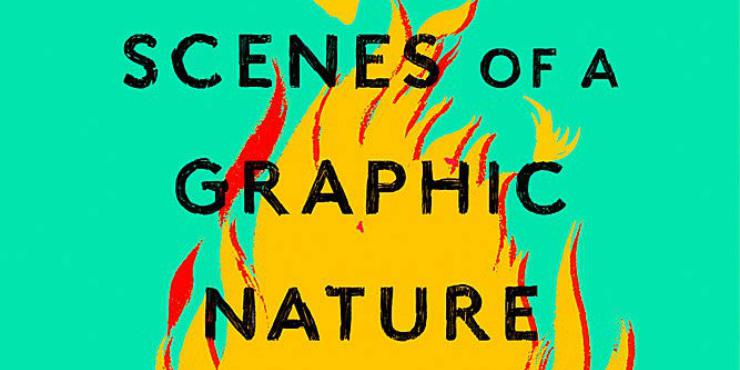 In Scenes of a Graphic Nature, by Caroline O’Donoghue, 29-year-old Charlie Regan is in a rut. She’s had virtually no success since graduating, sells nudes to make the rent, and her dad, Colm, is gravely ill. The one thing she has done is make a film with her high-achieving university friend Laura, based on Colm’s childhood memories of growing up on Clipim, an island off the coast of Kerry. He was the only child on the island to survive carbon monoxide poisoning at the schoolhouse, caused by a dodgy oil burner and poor ventilation, because his mother happened to call him home early on the day that it happened.

The film, It Takes a Village, takes Charlie and Laura from home in London to a film festival in Cork. From there, they make an unplanned trip to Clipim itself, where their already-strained friendship reaches breaking point and Charlie makes new friends and enemies as she increasingly challenges Colm’s version of events on the island that day in 1963. Was it really an accident? Why did he leave the island as a young adult and never return? The islanders become dangerously hostile towards Charlie as she rakes over a past they’d rather leave behind.

This is a bittersweet novel, blending the sad stories of the tragic deaths of 18 children and their teacher, and Colm’s recurring cancer in the present day, with dark and observational humour. Charlie’s droll comments about food shopping, the idiosyncrasies of the hospital ward, parental quirks, and much more, made me snort with laughter. When they’re not fighting, she and Laura make a great comedy double-act, bouncing off each other and recounting funny memories from their decade-long friendship.

I loved the mystery at the heart of this story. Charlie’s investigations keep the narrative ticking along nicely, and I found it quite haunting how she made important discoveries through old newspapers and hidden photographs. The mystery also gives her the opportunity to really think about why her dad told the story in the way he did, and what it means to her to be second-generation Irish with his version of events such a huge part of her life. Without giving too much away, the truth she uncovers is very connected to controversial, uncomfortable aspects of Irish history - there’s a reason the book is set there in particular.

While I read books about all sorts of different characters, it’s always a thrill to come across a main character I can identify with so much. Charlie went to university around the same time as me (as evidenced by the music in the clubs!), feels that her twenties are a write-off, and that she is falling further and further behind everyone else her own age. Charlie can’t help but compare herself to Laura, for whom everything appears to fall into place easily. She often has to remind herself that other people’s successes aren’t her failures, that Laura will have struggled and worked hard behind the scenes to get where she is, and that she doesn’t even want the same type of work as Laura.

I guess some readers from a different generation might be a bit less sympathetic towards Charlie, perhaps finding her whiny and lacking in proactivity, wanting her to give up her creative ambitions and get a stable, corporate job, and not understanding that it truly is that bad for Millennials. Then again, I sometimes get annoyed with older characters who feel trapped and bored by their secure, successful lives, so it’s swings and roundabouts really!

Scenes of a Graphic Nature is a highly readable, relatable, funny and poignant novel.

Scenes of a Graphic Nature is published by Virago on 18 June 2020.