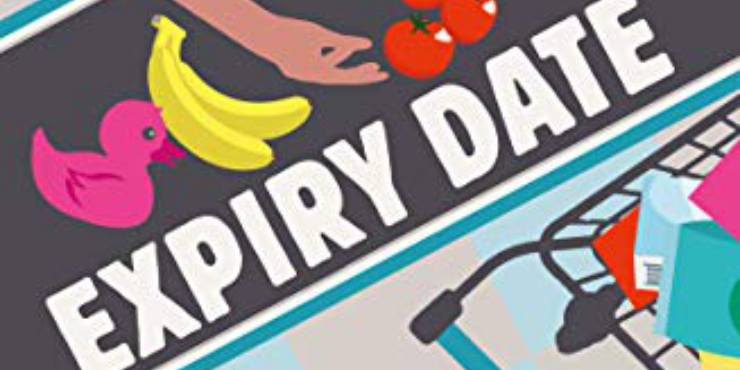 In Expiry Date, the third outing for supermarket-worker amateur detectives Ant and Bea, a body is uncovered on a building site. It turns out to be Tina, Bea’s former babysitter, who went missing back in 2005. Bea learns her late father was one of the original suspects in Tina’s disappearance, and she sets out to clear his name once and for all.

Meanwhile, Bea hasn’t seen Julie, one her regular customers at Costsave, for a while. Julie’s slimy husband Dave says she’s gone on holiday with their two young children, but Bea doesn’t believe him. With the police doing little to help, she enlists the assistance of Ant and his friends and takes risks in order to solve the mystery.

Expiry Date is a straightforward and easy-to-read novel. It’s clearly and competently written, and certainly intriguing, but not particularly challenging, deep, or surprising. You don’t need to have read the previous books in the series to understand who the characters are or what’s going on.

Its real strength lies in its setting and characters. The story is set in the fictional small south-western town of Kingsleigh, and Ward makes it feel like a real place with its medium-sized non-big-name supermarket, one main shopping street, and self-aggrandising local political figures (can you tell I grew up somewhere just like it?).

As in any real-life small town, there is a mixture of warm, kind characters who support and look out for each other, rough diamonds, and out-and-out villains. This reminded me of Mel Sherratt’s Mitchell Estate series: in both cases, the working-class characters are not idealised, demonised, patronised, or treated as homogenous, and are written respectfully and realistically.

Bea, for example, is clearly intelligent, yet she doesn’t regard herself as ‘above’ any other characters or ‘too good for’ Kingsleigh, or even complain about the routine nature of her job. She has grown apart from her friends who have gone to university, yet doesn’t seem bitter about it, and Ward presents her choice as a valid one. There’s no sense that her supermarket job is ‘below’ her, or that she’s ‘stuck’ in any way. This makes a nice change from smart working-class characters who are ambitious, raring to disassociate themselves from their roots, and embarrassed by their less academic friends from home. This, again, reflects real life, where not all bright people feel university is for them, and some people enjoy retail jobs because they like talking to people and the camaraderie with their co-workers.

Although her light touch and exclusion of gruesome details place this crime novel very much in the ‘cosy’ category, Ward doesn’t shy away from contemporary issues such as domestic violence, homelessness and illiteracy. Ant is a ‘sofa surfer’ who is taking part in a literacy programme at the local library, and his dad’s in prison for burglary. It’s quite unusual to see a character in this position being valued, liked, and encouraged, rather than pitied, by others. It’s also refreshing that he’s a main protagonist and Bea’s confidante.

Expiry Date is an easy mystery read with warm characters and a well-created setting that reflect real life.

Expiry Date is published by Sandstone Press on 18 June 2020.