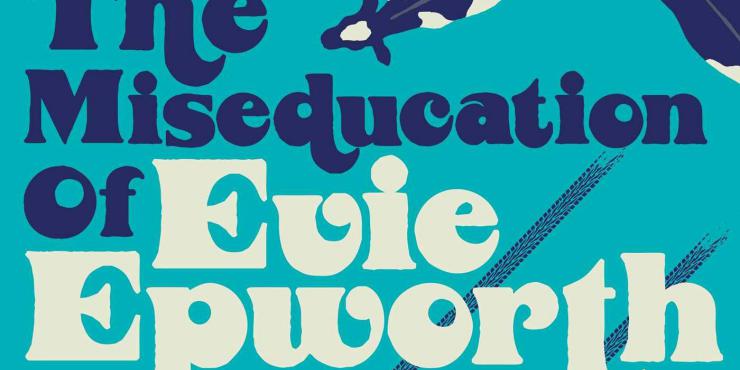 “Yorkshire, the summer of 1962. Sixteen year-old Evie Epworth stands on the cusp of womanhood. But what kind of a woman will she become?

“Up until now, Evie’s life has been nothing special: a patchwork of school, Girl Guides, cows, milk deliveries, lost mothers and village fetes. But, inspired by her idols (Charlotte Brontë, Shirley MacLaine and the Queen), she dreams of a world far away from rural East Yorkshire, a world of glamour lived under the bright lights of London (or Leeds).

“Standing in the way of these dreams, though, is Christine, Evie’s soon to be stepmother, a manipulative and money grubbing schemer who is lining Evie up for a life of shampoo-and-set drudgery at the local salon.

“Luckily, Evie is not alone. With the help of a few friends, and the wise counsel of the two Adam Faith posters on her bedroom wall (‘brooding Adam’ and ‘sophisticated Adam’), Evie comes up with a plan to rescue her bereaved father, Arthur, from Christine’s pink and over-perfumed clutches, and save their beloved farmhouse from being sold off. She will need a little luck, a dash of charm and a big dollop of Yorkshire magic if she is to succeed, but in the process she may just discover who exactly she is meant to be.” 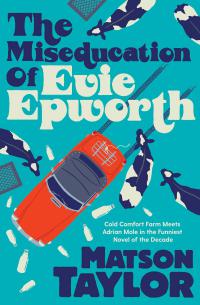 The Miseducation of Evie Epworth is a real joy to read, right from the off. We first meet Evie on the day after she finishes school, delivering milk in her father’s beloved MG despite being too young and without his knowledge, only to crash it when she witnesses an, erm, unusual sight in a field!

This is a perfect start to the book, not only because there are many more such laughs to come, but because Arthur (Evie’s dad) and Christine (his girlfriend)’s reactions are a great introduction to their characters: the former is solicitous and just glad his daughter is relatively unscathed, while the latter is unsympathetic and resentful of the extra attention and special treatment Evie receives.

I absolutely adored Evie. Her funny observations, schemes, amorphous dreams and big heart reminded me of Cassandra Mortmain from Dodie Smith’s evergreen coming-of-age classic I Capture the Castle, with a dash of Louise Rennison’s Georgia Nicolson.

I especially enjoyed the scenes with her late-middle-aged neighbour, Mrs Scott-Pym; their care for one another and shared dislike of Christine is really heartwarming and shows that Evie isn’t alone or irrational in feeling as she does. Mrs Scott-Pym is also a source of information about Evie’s mum, who died when she was a baby. This is really valuable to Evie as she has never been spoken about at home, and Christine is now removing the remaining physical traces of Evie’s mum by imposing her own taste and pushing for the Epworths’ farm to be sold to developers.

Later on, Mrs Scott-Pym’s glamorous grown-up daughter Caroline turns up and brings some fun, excitement and novelty to Evie’s life. Caroline hasn’t been in the village for ten years, as she went to boarding school and subsequently fell out with her mum, but I was still a little puzzled that Evie didn’t remember her at all from before. Caroline turns out to be a huge help to Evie in her battle against Christine and ultimately leads her to her next step in life, and I must say I would lap up a sequel about the further adventures of Evie.

Taylor is a design historian, and this really comes out in his vivid descriptions of the decoration, objects and appliances in the characters’ homes, as well their clothes. His descriptions of food (other than that cooked by the inept Christine) are absolutely mouth-watering, and you can really feel the characters’ excitement about the revolutionary technology of the reel-to-reel and the advent of The Beatles.

However, he takes care not to go too far down the road of ’60s nostalgia, chiefly through the attitudes of some of the characters. While embracing new labour-saving technologies and modern design, Christine and her mother Vera hold views that definitely shouldn’t make a comeback. They disdain Evie for being clever, liking books, and keeping A Levels open as an option. They instead try to force her to ‘learn a trade’ as a hairdresser and want her to make a good marriage, and are also suspicious of anything ‘foreign’. I felt so much outrage and anger at them on Evie’s behalf! Even the lovely Mrs Scott-Pym is initially guilty of prejudices that were unfortunately typical of the time. While Evie has more futures open to her than she would have had a decade earlier, she is still frustrated that women have fewer opportunities than men.

The Miseducation of Evie Epworth is a funny, heartwarming and moving coming-of-age story that vividly portrays the ’60s without idealising them. 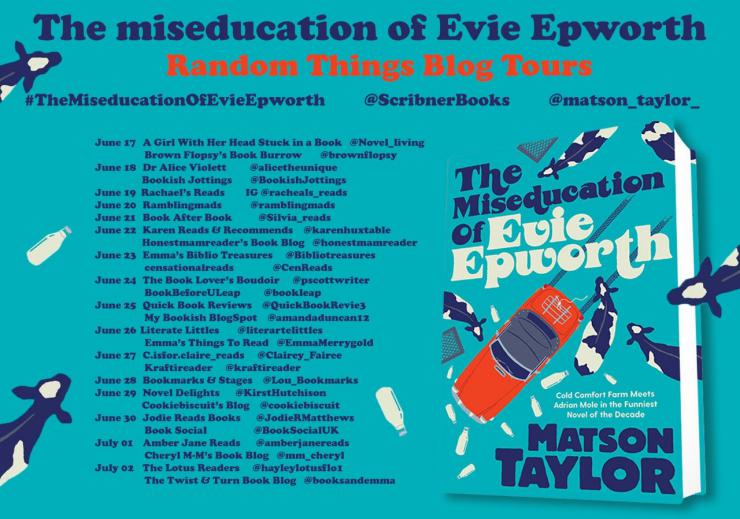