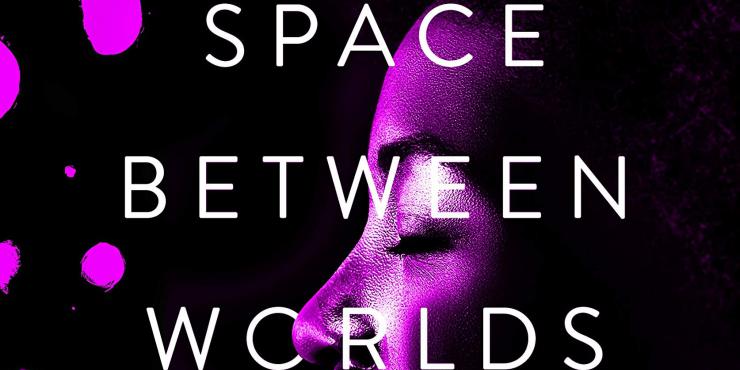 The Space Between Worlds, by Micaiah Johnson, is set in a dystopian future where it’s possible to travel to 382 parallel Earths - so long as you’re already dead on the iteration you’re travelling to, or the paradox will turn you to mush upon arrival. People with high mortality rates across the multiverse (ie the underprivileged) are employed by company Eldridge, in shiny Wiley City, to visit these other earths and download data that will be useful at home on Earth Zero.

We follow the story of one such traverser, Cara. She’s originally from Ashtown, Wiley City’s poor neighbour, and hopes to earn citizenship in Wiley by continuing to live and work there for another four years. Ashtown is run by an organised crime family headed by volatile Emperor Nik Nik and kept in order by the runners, his brutal police force and security detail.

One day, Cara finds herself delayed on Earth 175, where the situation in Ashtown is markedly different, but not in an altogether good way. She ends up intervening and unintentionally brings some of the consequences of her actions back to Earth Zero, where she has to turn to colleagues, family, and even a runner for help. She also finds out something shocking about Eldridge’s charismatic CEO, Adam Bosch, that she can’t ignore, thus putting her future in Wiley, and her very life, in jeopardy.

That may sound complex and confusing, but the beauty of The Space Between Worlds is that it’s easy to follow. It’s a testament to Johnson’s talent as a writer that she can keep the reader on board throughout while conveying such a clever concept and story. There are occasional twists that turn everything you thought you knew about the characters on its head, and while the surprise might take a few moments to digest, it’s always clear what the new information means for the story.

The settings of Wiley City and Ashtown, as well as The Rurals, the pious farming area just outside of Ashtown where Cara’s family currently lives, are incredibly well-described. The level of detail Johnson includes - particularly about what Ashtown was like when Cara was younger, and the differences in environment, diet, clothing and religion in the three areas - makes them feel like real places not only on Earth Zero, but the variants Cara experiences.

The requirement of high mortality across the multiverse to be a traverser, and the contrast between Wiley City, Ashtown and The Rurals, lend themselves to deeper reflections on the meanings of privilege. Cara has died on all but eight Earths as a result of parental neglect or the violence that’s endemic in Ashtown, and it’s only by luck that on Earth Zero she survived because her mother managed to turn away from drugs and sex work, marry a preacher and move to The Rurals. Similarly, on Earth 255, it’s by pure chance that a four-year-old Cara wanders to a road by herself, where she is found and adopted by a rich family. It’s always fascinating to read and think about how many things in someone’s life could be different with just one alteration.

Traversers tend to be smaller than the average Wileyite due to childhood malnutrition, and disproportionately likely to be from ethnic minorities (Cara describes herself as ‘brown’) due to the systematic oppression that still persists in this future world. Wiley City has advantages such as job training for the unemployed, and basic income and free housing for the sick and poor, but these are only open to citizens - if an incomer loses their job, they have to leave the city.

The best bet for Cara and her fellow traversers if they want to achieve citizenship is to keep their heads down and try not to draw attention to their difference, dressing and acting like Wileyites. However, their jobs are under threat as new technological advancements mean Eldridge will soon be able to download other worlds’ information remotely, negating the need to send people to other Earths.

I really liked Cara as a character. She’s smart, hell-bent on doing the right thing, and cares about other people, particularly her stepsister Esther and her mentor Jean. She alters over the course of the book as she comes to realise that traversing is more than just a job to her, and thinks about the versions of herself she’s encountered in other universes and how they died. She’s not perfect, though, as evidenced by the ham-fisted way she shows her feelings for her icy supervisor Dell.

Cara has one foot in Ashtown and one foot in Wiley City. She wants to be a Wileyite, and does her best to blend in, but she feels like a fraud. At the same time, while she really doesn’t want to go back to living in Ashtown, and doesn’t fit in there anymore, she still knows how things work there. That allows her to enlist the help of Ashtowners when she sees no other way forward. As with traversing, she can slip between Wiley City and Ashtown with more ease than others, but that doesn’t translate to her belonging in either place.

The Space Between Worlds is a riveting and detailed parallel universe sci-fi novel with a lot to say about fortune, privilege and belonging.

The Space Between Worlds is published by Hodder & Stoughton on 4 August 2020.