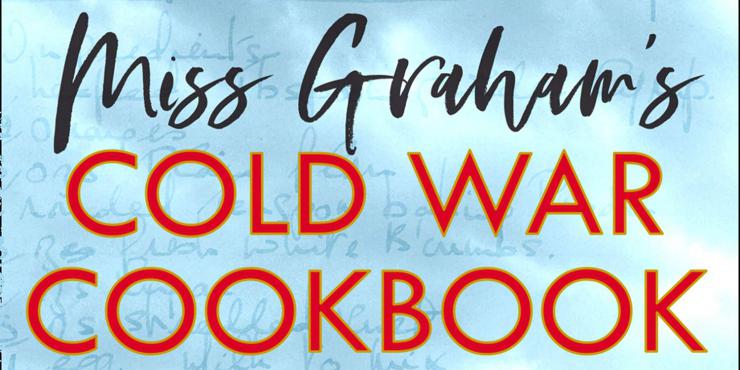 “An ordinary woman. A book of recipes. The perfect cover for spying…

“Sent to Germany in the chaotic aftermath of World War II, Edith Graham is finally getting the chance to do her bit. Having taught at a girls’ school during the conflict, she leaps at the opportunity to escape an ordinary life – but Edith is not everything she seems to be.

“Under the guise of her innocent cover story, Edith has been recruited to root out Nazis who are trying to escape prosecution. Secretly, she is sending coded messages back to the UK, hidden inside innocuous recipes sent to a friend – after all, who would expect notes on sauerkraut to contain the clues that would crack an underground criminal network?

“But the closer she gets to the truth, the muddier the line becomes between good and evil. In a dangerous world of shifting loyalties, when the enemy wears the face of a friend, who do you trust?” 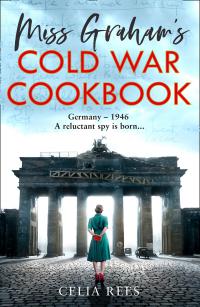 Wow - what a book! I found myself reading Miss Graham’s Cold War Cookbook at a slower pace than I normally read because the scenes are so detailed and there’s so much going on, as well as loads of interesting historical information. As in Edith’s coded recipes, every word counts, and I didn’t want to miss anything.

The story is incredibly clever, not only because of the genius secret code Edith devises with her friend Dori, but because Edith (and therefore the reader) can never fully trust anyone, and there are some fiendish twists that really knocked me for six.

I loved Edith as a character: she’s unfailingly sympathetic and kind to poor and sick people, of whom there are many in Lübeck in 1946, yet she’s not afraid to stand up to bullies or speak for the oppressed, and she’s sceptical and cunning enough to make an effective spy. I admired her for abandoning her safe and secure life as a teacher and dutiful unmarried daughter in her late 30s for new experiences abroad and the chance to contribute to the rebuilding of Europe after WWII.

I learned a lot from this meticulously-researched book. While I previously had some idea of the state Germany was in after the Allied bombing and war-induced depletion of resources, Rees’ powerful descriptions of the poverty, displacement, living conditions and wreckage in the aftermath really brought home for me how severe the deprivation was.

I was surprised to read that so many people secretly held on to Nazi ideology and wanted to go back to how things were. I was also shocked that some British, American and Russian people weren’t interested in bringing prominent Nazis to justice. Instead, they wanted to employ them so they could utilise their skills and knowledge of nuclear and biological warfare in the developing Cold War.

Food plays a huge part in this book beyond the coded recipes. Mealtimes are important to the story, as they’re the main time Edith meets with other people and moves the plot along, whether she’s being recruited, passing on or gathering information, or simply spending time and developing relationships with friends and love interests.

Many of the chapters begin with descriptions of the food eaten by the characters over the coming pages. Some of these are the mouth-watering fare of hotels, restaurants and cafés, while others are the ration-restricted dinners of Edith’s billet, the institutional food of the mess hall, or the meals scratched together by the desperate refugees Edith comes into contact with. This also highlights the levels of deprivation in Germany at this time, and offers the reader an insight into foods from different countries and cultures.

Edith bonds with the downtrodden kitchen maids in her billet by complimenting their baking and collecting the recipes for their creations. These are often specialities of the areas they lived in before they sought refuge in Lübeck. Even before Edith goes to Germany, though, making and talking about food and exchanging recipes is a way she participates and shows love and care in her friendships with other women. The power of female friendship is another strand that weaves through this multifaceted book from start to finish.