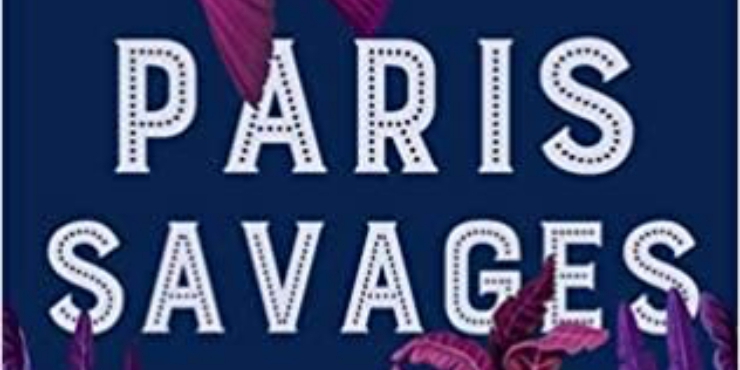 Paris Savages, by Katherine Johnson, is based on a true story. We follow three Badtjala people - young men Bonny and Jurano, and young woman Dorondera - as they journey from K’gari (Fraser Island) to Europe, where they’re expected to perform for curious crowds at ‘ethnic shows’ (or ‘human zoos’) and take part in intrusive and degrading scientific experiments. We aren’t privy to Dorondera and Jurano’s motivations for travelling to Europe, but Bonny has a definite aim: to personally meet Queen Victoria and ask her to grant protection to his people.

The trip is arranged by German scientist Louis Müller, who has been living on K’gari for the last few years with his 16-year-old daughter, Hilda. Having been on the island from a young age, Hilda is well-versed in the Badtjala language and culture and considers the islanders her friends. However, as she witnesses their treatment in Europe and tragic events occur, she comes to realise how naïve she has been, and that her father wasn’t the honourable man she thought he was.

I found Paris Savages incredibly interesting. I’d previously enjoyed learning about Aboriginal life and beliefs from Lucinda Riley’s The Pearl Sister, so I welcomed the chance to further my knowledge. I found the initial scenes on K’gari really vivid and fascinating and loved finding out what life was like on the island - while also aware that it wasn’t what it used to be, due to brutal massacres at the hands of white Europeans. It’s clear that Johnson did a lot of research for this book.

While the rest of the book is interesting, at the same time, it’s horrifying. From the moment they set foot on the boat, Bonny, Dorondera and Jurano are subject to discrimination, which Louis only weakly challenges and Hilda, due to her age and gender, can only fight to a certain extent. Once they arrive in Germany, the trio are expected to perform their culture - Badtjala songs and dances, fighting, throwing spears and boomerangs, climbing - to crowds who regard them as less than human, be measured and plaster-casted by scientists who regard them similarly, and live in inferior conditions to their white fellow travellers.

I was constantly on edge as the three were never far from a racist incident where they were at best patronised and at worst abused. I silently cheered whenever they played their audiences or ‘employers’ by, for example, insulting them in Badtjala or making extra money on the side. To an extent, Bonny, Dorondera and Jurano do have some say in their lives, see the sights of Europe and live the high life with the money they’ve earned, but they also experience exploitation and, eventually and sadly, separation.

Of the three, we get the most insight into Bonny’s thoughts and experiences - he’s the backbone of the group who looks out for Dorondera and Jurano, does the most to subvert and make what he can of the situations they find themselves in, and grows increasingly frustrated, disillusioned and lonely the longer he fails to meet the Queen.

The author tells most of the story through Hilda, and this is a wise choice that adds extra layers. Hilda is sympathetic to Bonny, Dorondera and Jurano, and rages against the injustices they face and speaks out as much as she’s allowed. However, until she becomes braver and more aware of what’s happening around her, she can’t offer them much more than kind words. This, and their unequal standing, harms the friendships that seemed so straightforward on K’gari.

Hilda’s story is one of realising what it means to have white privilege, but also be a young woman in a patriarchal society. It’s a coming-of-age narrative, as she comes to decide exactly who it is she wants to be when the full extent of Louis’ complicity in the islanders’ suffering is revealed. Her mother, Christel, died on K’gari a couple of years previously, yet her presence and unalloyed sympathy with the islanders is present throughout the book, and Hilda is on a journey to becoming as insistent and strong in her convictions as Christel.