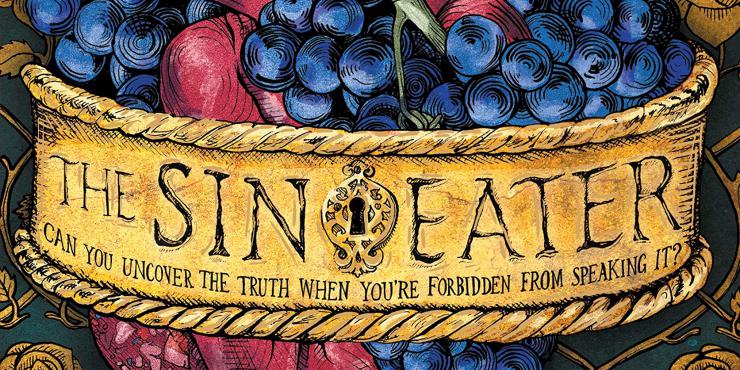 The Sin Eater, by Megan Campisi, takes an amazing premise and runs with it. What if, when people were on the verge of death, they were required to confess all their sins, and after their death, a designated person - a sin eater - took on those sins by eating foods that symbolised each type of transgression they had committed?

Fourteen-year-old orphan May Owens is forced to become a sin eater as a punishment for petty theft. It’s no picnic: from now on, she’s a social outcast, hated and feared, identified by a collar fastened with an ‘S’ and the same letter tattooed on her tongue, and not allowed to speak.

She’s not been in the job long when she’s called upon to eat the sins of one of the Queen’s ladies. The table contains an additional item of food - a deer heart - that symbolises a heinous crime the lady in question had not confessed to. May takes it upon herself to unravel the mystery behind the heart, putting herself in danger as she threatens to uncover a long-hidden truth.

I found this story very immersive. Campisi has clearly considered the role, practices and social standing of sin eaters from every angle, so there are no holes or weaknesses that make you think ‘well, why doesn’t May just do [xyz]?’. The sights, sounds and smells of the city May lives in are really vivid, especially the areas where particular types of people and occupations can be found, as well as the revels that mark the end of a foreign emissary’s visit and the culmination of May’s investigations.

It becomes apparent fairly early on that May’s world is based on the time of Elizabeth I. The names of key figures at court, religions, religious elements and more are altered slightly. This means that while they’re recognisable, you don’t get too bound up with the real characters and events, and never forget that this is an alternative history. That said, I still found it quite hard to think of Queen Elizabeth as a ‘Bethany’ because, for me, the name is so bound to its sudden massive popularity in the late 80s and 90s. I did also wonder why Edward VI’s alter ego was omitted.

May is a sympathetic and admirable character, and her struggle with her new identity is very realistic. You really feel for her because she loves to talk, misses her old friends who now shun her, and has lost the future she was expecting and looking forward to.

May goes through an internal battle as she has to decide whether to embrace her outsider status and act anti-socially because everyone is scared of her and she’s damned anyway, or try to act nobly and do the right thing. It’s not going to be easy, but if she’s good enough, she might counteract all the sins she’s taken on for other people and get to spend eternity with the Maker.

Another thing that impressed me about this book is how Campisi makes even the nicest foods May has to eat - bread, cakes, fruit and all manner of cream - sound really unappetising. It comes down to lack of choice: May has to eat everything that’s put out for her. She’s not only taking on the eternal punishment for other people’s sins, but the physical punishment of eating things she doesn’t want, as well as eating more than is comfortable.

The Sin Eater features an amazing premise, an immersive world and a brave heroine drawn into a courtly intrigue.

The Sin Eater is published by Pan Macmillan on 23 July 2020.