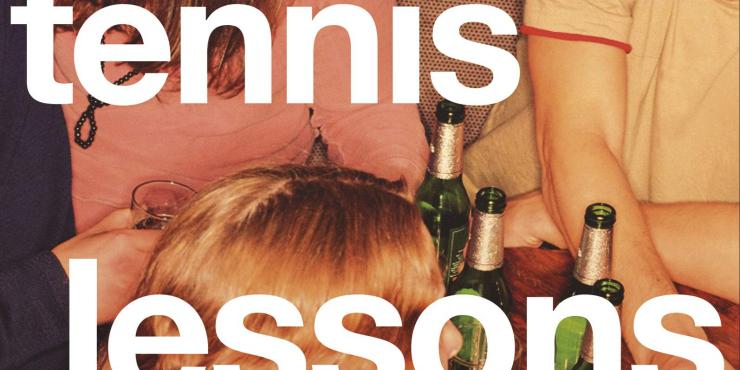 Tennis Lessons, by Susannah Dickey, documents a number of episodes from across the life of an unnamed 29-year-old Northern Irish woman. They start at the age of three, forming a picture of her personality, her family and home, and her school and friends. We see her negotiate the battleground that is high school, experience an unspeakable traumatic experience and subsequent breakdown at the age of 17, and go through fits and starts in her 20s as she comes to terms with her awkward self and becomes who she’s meant to be.

I’m really enjoying seeing more and more books coming out that reflect my experience as a Millennial (see also: Scenes of a Graphic Nature, by Caroline O’Donoghue) and a former awkward child (for example, The Van Apfel Girls Are Gone, by Felicity McLean), and this is a winner because it does both!

The author’s descriptions of finding the other children have marked you out as strange and different for reasons you can’t fathom, realising you’ve grown out of being the smart one because everyone else catches up eventually, and being in your late 20s when you finally get a job you actually like are spot-on. She also captures the petty (and not-so-petty) cruelties of high school, the nice girls’ helplessness against the horrible ones, and the encroaching feeling that there’s something wrong with you really well.

That probably makes this book sound like a self-indulgent misery-fest, but it’s actually really funny and comforting. There’s humour throughout the book, whether it’s the protagonist’s clever jokes that amuse adults but go unappreciated by other children (been there too…), the daft conversations between her and her best friend, or her ability to find laughs even in the darkest times. Her story affirms “it’s not just you who’s had these experiences” and “there’s no set timetable for life - so what if you didn’t get your dream job at 21, you got there in the end.”

It also reminded me that my parents probably aren’t as disappointed as I always imagine, and that school doesn’t set the stage for the rest of your life: some people peak as teenagers and are never as successful or popular again, some bullies turn into perfectly pleasant adults, people you saw every day forget all about you and never even committed to memory the cringey scenes you still remember so vividly when you’re trying to get to sleep, and it’s a lot easier to discover and accept who you are when you’re older and less of a slave to your hormones and other people’s opinions.

This book’s episodic, second-person format is unusual, but it really worked for me. After noticing the first few ‘you’s, I settled down and became accustomed to the fact that the narrator is addressing herself - much as I do inside my own head.

The author’s use of selected scenes solves the problem of representing 30 years of someone’s life without getting bogged down. It reminded me of another book I really liked, Your Fault, by Andrew Cowan, which uses the same devices to take us through a self-examining character’s entire life. By doing so, both authors distil the protagonist’s personality and story, not unlike how autobiographers choose to write about the anecdotes and events they think best convey who they are and how they ended up where they did.

The only criticism I have is that this approach left me wanting to spend more time with the character - this is quite a short book as it is, and the brevity of some of the scenes, particularly early on, left me with a feeling of scarcity. Tennis Lessons is funny, relateable and comforting. I just wish it had been longer!

Tennis Lessons is published by Transworld on 16 July 2020.