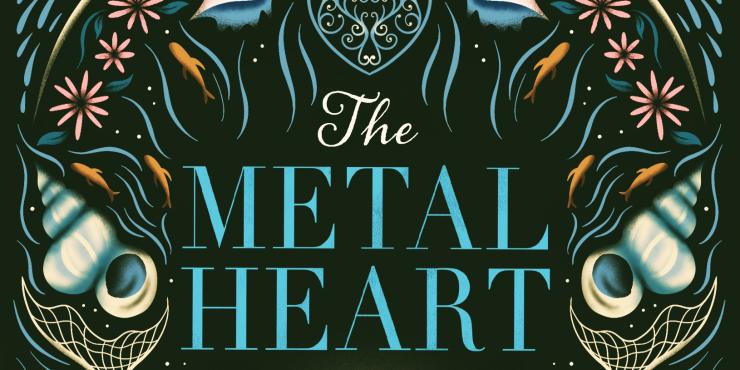 “Orkney, 1940. Five hundred Italian prisoners-of-war arrive to fortify these remote and windswept islands. Resentful islanders are fearful of the enemy in their midst, but not orphaned twin sisters Dorothy and Constance. Already outcasts, they volunteer to nurse all prisoners who are injured or fall sick.

“Soon Dorothy befriends Cesare, an artist swept up by the machine of war and almost broken by the horrors he has witnessed. She is entranced by his plan to build an Italian chapel from war scrap and sea debris, and something beautiful begins to blossom.

“But Con, scarred from a betrayal in her past, is afraid for her sister; she knows that people are not always what they seem.

“Soon, trust frays between the islanders and outsiders, and between the sisters - their hearts torn by rival claims of duty and desire. A storm is coming…”

I found the The Metal Heart really atmospheric. While the presence of prisoners-of-war, and the Orcadians’ attitudes towards them, situates it firmly in World War II, the islands’ geographical isolation sets the story apart from other novels where fighting and bombs take precedence. The constant dangers of storms and the sea give the novel an additional, timeless quality.

The prisoners-of-war are subject to a brutal regime, performing back-breaking work building defences for the islands and bullied by nasty local guard Angus McLeod. Having previously attacked Con, Angus is strongly opposed to the relationship developing between Dot and Cesare, and will do anything in his power to sabotage it while continuing to terrorise Con.

It’s not all grim, though - this is a tale of beautiful things happening despite adversity. As well as the moving love story of Dot and Cesare, we watch the prisoners-of-war as they create their very own chapel on the island of Selkie Holm. While the materials they use seem uninspiring and unlikely at first, under talented craftsman Cesare’s guidance they create something truly spectacular.

I found the twins’ relationship really interesting - while they’ve stuck together all their lives, and are devoted to one another, the story shows that their relationship is far from static or settled. Con hides her experience with Angus from Dot, thinking that she was to blame for what happened. At the same time, she distrusts men, so is alarmed when Dot and Cesare become close. Over the course of the novel, we see them pull apart, then spring back together.

The Metal Heart is a moving and brutal story of light coming out of darkness.