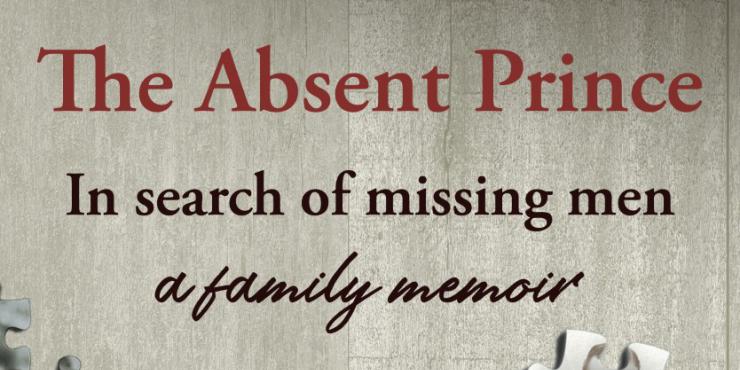 “Do we inherit the psychological as well as the material legacies of our ancestors, the hidden dynamics that influence our relationship patterns, our health and our self-image?

“Una’s heartfelt family memoir, based on her parents’ letters and diaries, follows the arc of individual lives between the years 1933 and 1997.

“Over a four-year period Una travelled in England, Ireland, Switzerland and the United States speaking with people who knew her parents and grandparents.

I found The Absent Prince really interesting on a number of levels. We learn not only about author Una Suseli O’Connell’s parents and grandparents, but other relatives and friends who fell within their orbit and the historical context that shaped their experiences. O’Connell refers to big twentieth-century events including the World Wars, the Great Depression, TB, and the American civil rights movement, and personalises them by explaining how they touched her family members’ lives.

As a lapsed historian of childhood, I was particularly fascinated and horrified by a part of history I hadn’t previously been aware of: the verdingen system in Switzerland, whereby between 1860 and 1960, an estimated 100,000 children were taken from poor homes and made to work on farms. At best, they received little love and affection; at worst, they were abused. As part of her research into her Swiss relatives on her mother, Lea’s side, O’Connell learns the stories of a number of Verdingkinder and they’re heartbreaking.

O’Connell particularly focuses on the story of her late father, Peter O’Connell, and it’s not hard to see why: there’s a lot to say about him. He was clearly a charismatic and inspirational teacher on both sides of the Atlantic, at a couple of prestigious private schools in America and at the language school he set up in Folkestone, and his former students and colleagues practically line up to sing his praises. His mission to discover and adopt the ultimate student-centred teaching style comes across as both interesting and admirable.

In private, though, Peter was emotionally unavailable to his wife and daughter, overly-critical of Una’s school performance, and lacked faith in his own abilities. By taking a deep dive into his past, O’Connell is able to determine the possible reasons for this, including the irreconcilable religious differences between his parents, the absence of his father’s Irish family, and the fact that he was unable to complete his exams and go to university as planned because his father stopped paying his school fees.

In fact, a few men in Peter’s orbit also came from modest backgrounds and lacked a full formal education, yet were committed to bettering themselves for the ultimate benefit of society. This, as well as Lea’s general assistance at the language school, reminded me of Ann Oakley’s Man and Wife, an account of the early years of her mother and father, social researchers Kay and Richard Titmuss’ marriage.

O’Connell’s experiences also mirror Oakley’s in that she was the only child of older parents, sometimes felt pressured to ‘pick a side’ between them, lived in a quiet area and spent a lot of time in the company of adults as a young child, and as a result found it hard to adjust and ‘fall in’ with the other children when she first started school (NB this is not a universal experience of only children). O’Connell’s story is nonetheless entirely her own, and if I have one criticism, it’s that I’d have liked to have read some more about her life.

The Absent Prince is fascinating, wide-ranging and thoughtful.