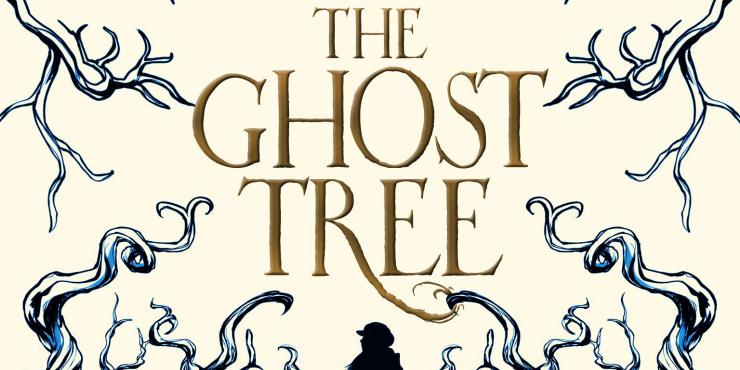 The Ghost Tree takes place in the 1980s, in the small town of Smiths Hollow, Illinois. We witness much of the action through the eyes of fourteen-year-old Lauren, who’s grieving for her father, who was found brutally murdered in the nearby woods the previous year. In the run-up to high school, her oldest friend, Miranda, is growing away from her, and she’s also constantly arguing with her mother.

Lauren experiences a frightening vision of two girls from out of town being murdered in the same woods as her father - and it proves to be real when their heads and entrails are discovered close by, in the garden of local curmudgeon Mrs Schneider. Yet the case doesn’t make the top headlines, and the local parents seem to forget the incident pretty quickly and continue to let their children play in the woods - because something is very wrong in Smiths Hollow.

It’s hard to say much more about this book without giving away major spoilers. Suffice it to say, though, it’s a gripping read with a number of appealing gothic/horror elements: a curse with a backstory straight from a fairy tale, witches and monsters, children with psychic abilities (not just Lauren, but also her four-year-old brother David), cover-ups from on high, and collective amnesia and hysteria. It’s quite an imaginative feat.

The 1980s small-town setting gives off a strong Stranger Things vibe, with hints of Stephen King and John Connolly too. Henry successfully portrays how a community can become very insular and hostile to ‘outsiders’ when it’s largely self-reliant and has little contact with the wider world.

Lauren and Miranda are very realistic teenage characters. Like Lauren, I found mid-teen boys really underwhelming with their spots and preoccupation with showing off to their friends, and got very bored watching them play video games! I’ve also known girls like Miranda who, seemingly in the blink of an eye, went from being gawky and childlike to sophisticated and boy-crazy.

While Lauren has had to deal with a lot in her short life, and becomes burdened with the truth behind Smiths Hollow’s prosperity, she’s nonetheless prone to the typical histrionics and brattiness, with her poor mother often bearing the brunt of her moods. I found all of Lauren’s family relationships really interesting: she has more in common with her maternal grandmother than her mother, she clearly had a really close relationship with her dad, and I loved the interactions between her and little David.

There were a few things about this book that did bug me, though. One was the police force’s inconsistent approach to crime scenes, even considering the time period and the influence of the curse. Another was that the effects of the curse went unnoticed by out-of-town police forces and media outlets for years on end.

It seemed a little too convenient and far-fetched (even for a novel with a curse, monsters, witches etc.) that the families of the two murdered girls didn’t come to Smiths Hollow demanding answers because they had been ‘troublemakers’ anyway. There was also a sub-plot involving a Chicago reporter that could have had more outcomes than it did.

The Ghost Tree is a gripping novel with some satisfyingly creepy elements - just try not to think about it too hard.

The Ghost Tree is published by Titan Books on 8 September 2020.