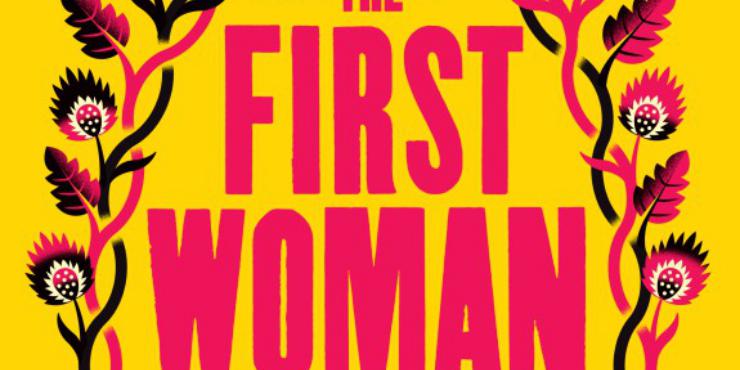 In The First Woman by Jennifer Nansubuga Makumbi, we follow a young Ugandan girl, Kirabo, from the ages of 12 to 18 in the 1970s and 1980s, as she works out what kind of a woman she’s going to be. She has never known her mother; at the beginning of the book, she lives with her paternal grandparents Miiro and Alikisa in rural Nattetta, then she moves in with her father Tom and his family in urban Kampala, before going to boarding school.

Kirabo’s curiosity about her mother runs throughout the book to greater or lesser degrees, alongside several other themes. These include female friendship, the power of stories, the legacy of colonialism, and conflicts between tradition and modernity, country and city, and women’s compliance and independence.

I found The First Woman fascinating, and loved watching Kirabo develop as a character. Right from the start, she’s faced with conflicting messages from Alikisa, and Alikisa’s rival and neighbourhood ‘witch’ Nsuuta. The former values propriety and submission, and regards sex as dirty, while the latter champions women’s ‘original state’ of assertiveness and strength before they stifled themselves to please men, and is far more positive about sex. I enjoyed the scenes early on in the book where Kirabo sneaks off to Nsuuta’s to hear Ugandan stories that are used to explain the place of women in society, and considers the power of storytelling in maintaining established hierarchies.

What Kirabo doesn’t know at the beginning is that when they were growing up, Alikisa and Nsuuta were best friends, and it was these conflicting attitudes that eventually drove them apart. I loved the section of the book that told their story in the 1930s and 1940s, as Nsuuta is an especially interesting character - she had a marriage partner lined up, but she went against her family’s wishes and broke things off to train as a nurse instead. I also liked reading about Kirabo’s friendships, particularly with her childhood playmate Giibwa; as they grow older, a gulf opens between them partly due to their differences in social status, which did not affect them as children.

Even when she’s at boarding school, where the students are expected to excel across fifteen subjects and feminism is the default, Kirabo still can’t escape these conflicting visions of womanhood. Her experiences of going to an all-girls’ school matched mine: even though the students are in what should be a feminist utopia, they nonetheless compete with one another for male attention and police each other’s relationships with boys, shaming girls whose behaviour they don’t approve of. Kirabo herself gets a boyfriend, Sio, and has to take care to protect her reputation.

Another thing I found interesting about The First Woman was how it deals with polygamy. The story takes place over a time period when attitudes overlap: some rural families still practice it, but others who have been influenced by Christianity reject it, as do most urbanites. Nor do all women see polygamy as a bad thing; some see it as an opportunity to share reproductive and domestic labour, and as children, Alikisa and Nsuuta plan to marry the same man so they can always be together.

On the surface, men hold all the power in terms of land, inheritance, and so on. However, despite this, women exercise a surprising amount of power by policing one another and deciding who can be part of the family. This is especially true of Kirabo’s great-aunt Nsangi, who acts as an arbiter of family affairs and dominates Miiro as his older sister. With the possible exception of her beloved grandfather, it’s women who have the most influence over Kirabo’s life and attitudes. They also possess comically low expectations of men - though it isn’t so funny for poor Kirabo when her Aunt Abi fights Sio’s corner and thinks Kirabo’s been too harsh on him when he does her wrong!

The First Woman is a fascinating Ugandan coming-of-age tale that contains multitudes.

The First Woman is published by Oneworld on 1 October 2020.