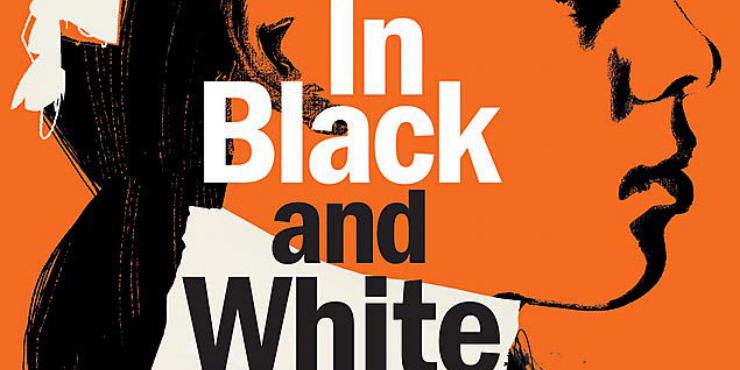 “‘Ayo was not in a gang. He was just an unfamiliar face to these boys. He was a black teenage boy in the wrong place at the wrong time. His friend managed to escape from the cul-de-sac. Ayo was not so fortunate. He was caught by the boys. Despite pleading with them, he was stabbed over 14 times before being left for dead. Paramedics pronounced him dead at the scene. He was just 17 years old.’

“Alexandra Wilson was a teenager when her dear family friend Ayo was stabbed on his way home from football. Ayo’s death changed Alexandra. His death compelled her to enter the legal profession to search for answers.

“As a junior criminal and family law barrister she finds herself navigating a world and a set of rules designed by a privileged few. A world in which barristers sigh with relief at the retirement of a racist judge: ‘I’ve got a black kid today and he would have had no hope.’

“In her debut book In Black and White, Alexandra beautifully re-creates the tense court room scenes, the heart-breaking meetings with teenage clients and the moments of frustration and triumph that make up a young barrister’s life.

“Alexandra speaks with raw honesty about her experience as a mixed-race woman from a non-traditional background in a profession that is sorely lacking in diverse representation. A justice system in which a disproportionately large number of black and mixed-race people are charged, convicted and sent to prison.

“She shows us how it feels to defend someone who hates the colour of your skin or someone you suspect is guilty, and the heart-breaking youth justice cases she has worked on. We see what it’s like for the teenagers coerced into county line drug deals and the damage that can be caused when we criminalise teenagers. Her account of what she has witnessed as a young mixed-race barrister is in equal parts shocking, compelling, confounding and powerful.

“Alexandra’s story is unique in a profession still dominated by a section of society with little first-hand experience of the devastating impact of violent crime.” 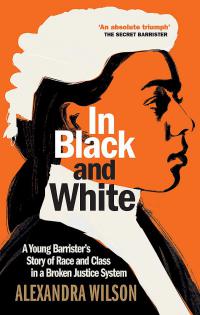 In Black and White works on two levels: as a simple primer on the creaking, inefficient criminal justice system in England and Wales, and as a highly personal memoir from mixed-race barrister Alexandra Wilson, whose non-traditional background and understanding of her clients’ lives offers some hope for the future.

Wilson explains the ins and outs of concepts such as pupillage, chambers, the different types of court, and the work and career path of a barrister in a way that’s really easy to understand and interesting. She takes us through her pupillage year - where a trainee barrister spends six months shadowing other barristers, then six months defending their first cases of their own, before hopefully becoming a junior barrister. She shows us how hard it is to get pupillage in the first place, the exhausting amount of work involved, and the financial barriers that keep many promising candidates out.

It was a pleasure to follow Wilson through her training. She comes across as hard-working, determined, and self-aware, and highly motivated by her cousin Ayo’s tragic death. I could very much relate to her feelings of imposter syndrome, and the times when she worried herself sick that she might have made a mistake and therefore jeopardised her whole career. While she does share a lot of shocking and sad client stories that show how just broken the system is, she provides some funny anecdotes, too - for example, it was a hoot when she got locked in chambers after hours and had to get her supervisor to come and let her out!

Wilson describes the racism she’s faced in the profession, from colleagues who express surprise that she’s a barrister, to court staff who assume she’s a defendant, to clients who don’t want her to represent them. But she also talks about the clients who lit up when they saw they were being represented by someone who looked like them and understood the racial biases they faced. She brims with sympathy and humanity, persuading judges to take her clients’ circumstances and disadvantages into account and doing what she can to attain equitable outcomes.

Wilson’s story shows how having diversity at all levels of the criminal justice system could go such a long way towards tackling institutional racism. However, as she points out, costs and unconscious bias, as well as the incompatibility of motherhood with the barrister’s schedule, means the system is stacked in favour of white, middle-class men.

In Black and White is a clearly-written exposé of our criminal justice system by a very human barrister. 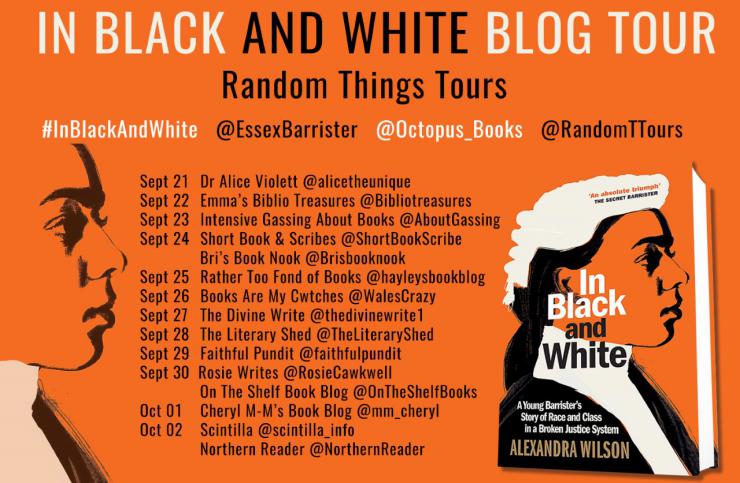