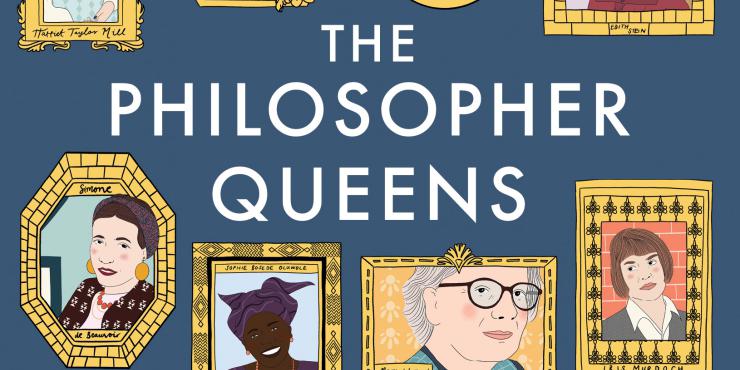 “The history of philosophy has not done women justice: you’ve probably heard the names Plato, Kant, Nietzsche and Locke – but what about Hypatia, Arendt, Oluwole and Young?

“The Philosopher Queens is a long-awaited book about the lives and works of women in philosophy by women in philosophy. This collection brings to centre stage twenty prominent women whose ideas have had a profound – but for the most part uncredited – impact on the world.

“You’ll learn about Ban Zhao, the first woman historian in ancient Chinese history; Angela Davis, perhaps the most iconic symbol of the American Black Power Movement; Azizah Y. al-Hibri, known for examining the intersection of Islamic law and gender equality; and many more.

“For anyone who has wondered where the women philosophers are, or anyone curious about the history of ideas – it’s time to meet the philosopher queens.” 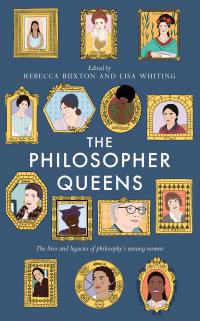 Many, many years ago, I faced the choice of what subject to study at university. I was taking Religious Studies for A Level, which was split between ethics and philosophy, and I much preferred the ethics component for its real-world applicability - I preferred working through issues that affect people in the world immediately to pondering the existence of god or the separation (or otherwise) between body and mind. I thought philosophy at university would be all of the former and none of the latter - so I applied to do history instead.

I now realise, from The Philosopher Queens, that that wouldn’t have been the case! Some of the women who feature between its covers do fit my erroneous image of philosophers being all about god and dualism, but their ideas are original and refreshing, and would liven up any traditional, overly-male A Level or university module. Others, such as Simone de Beauvoir and Angela Davis (both of whom I had heard of before, but didn’t know much about), and Mary Midgley and Iris Marion Young (both of whom I hadn’t, and would now like to learn more about!) especially appealed to me because they actively engage with everyday issues, including experiences from their own lives.

The Philosopher Queens is a really accessible book. The authors’ short chapters and understandable language give you a digestible taster of each philosopher’s life and key ideas, and there’s a selective bibliography to help you find out more about those who interest you the most. Non-white and non-Western women are represented, and the authors openly acknowledge their subjects’ outdated or offensive views, as well as the privilege that helped a number of them pursue careers in philosophy. I also loved the colourful, bold illustrations throughout the book.

A big theme that runs through the chapters is men preventing these intelligent, innovative women from achieving their potential. It was so infuriating to see men downplay or take the credit for women’s work, or block them from positions they clearly deserved. It says it all that during WWII, without so many men in their classes at Oxford, an unusual number of women were able to make philosophy their career!

The Philosopher Queens is an accessible introduction to the work and lives of several interesting women who should be better-known. 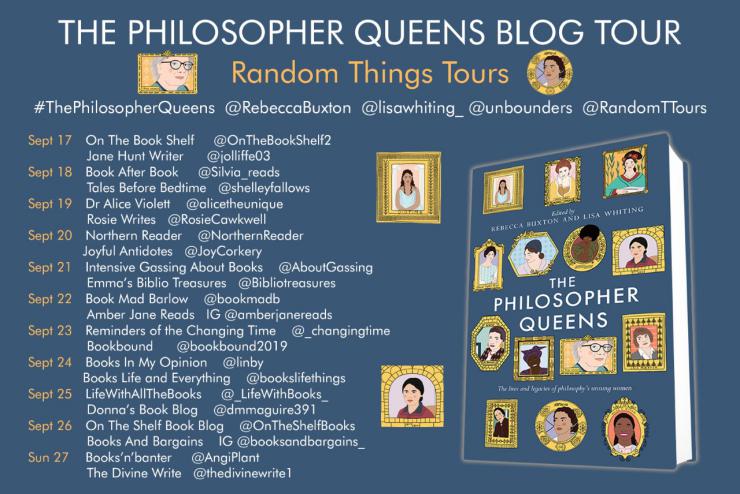