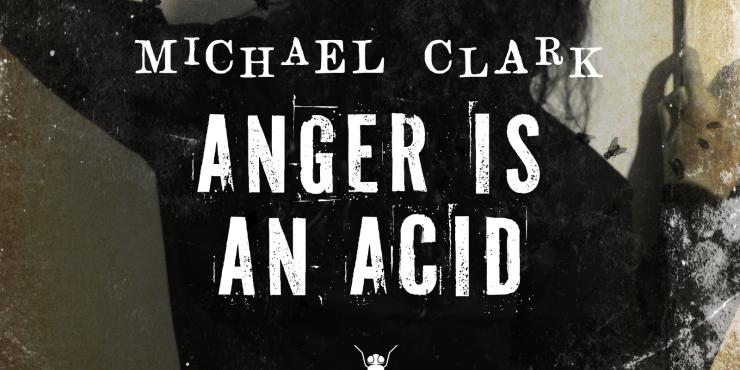 In the follow-up to The Patience of a Dead Man and Dead Woman Scorned:

“Tim and Holly, realizing they are helpless, are grateful when a stranger knocks on their door — but can he help? Andrew Vaughn, a haunted man, is on-scene, hoping to lend a hand — against his will.

“Meanwhile, the “ghost story” is becoming national news and attracting attention that Tim can’t afford. Holly can’t stay in the house anymore and draws a line. Confidence is low, and pressure builds.

“Mildred listens to almost everything they say. Is there any way around her anger? Or will they die in vain, as they desperately search for Tim’s daughters?”

Having already reviewed The Patience of a Dead Man and Dead Woman Scorned, I was very interested to see how Tim, Holly and Mildred’s story ended in Anger is an Acid.

While book one slowly increases the tension with spooky occurrences that build up to a hair-raising crescendo, and book two goes into detail about Mildred’s backstory and movements with the odd murder, book three is all action. Mildred isn’t messing about: the occupants of the house on Lancaster Hill Road are frequently threatened with violence, while also worrying about Tim’s absent daughters. This book was fast-paced and exciting and I never knew what was going to happen next.

Mildred’s desire to be a parent to Olivia and Vivian adds further complexity to her character. We see her caring for them, teaching them spells, and even dreaming of a future with them - but can she keep her temper as they continue to remember their real mother? Or will she end up killing them, as she did her own son, Elmer? It was certainly interesting to see a softer, more reflective side of this angry, terrifying character.

Mildred isn’t the only monstrous mother having an unusually active afterlife. Andrew, who we met in the previous book, finally figures out that his late mother wants him to go to Sanborn and help Tim and Holly fight Mildred, and there’s no getting out of it. I actually felt quite sorry for Andrew - his heart’s in the right place, and what he’s put through seems rather disproportionate to his crime of being young and stupid! But it does make for some heart-stopping moments that show Mildred’s power and leave you wondering whether he’ll survive to the bitter end.

Clark introduces some new characters as well, including foolhardy drunk Ed Bodwell, who camps in the woods keeping an eye out for Mildred, ineffectual but adorable German Shepherd Neptune, and obnoxious (but not unhelpful) Hollywood producer Jordan Block. I would have liked to have found out whether he made a movie about Mildred Wells in the end!

Anger is an Acid is an exciting and action-packed end to a nuanced series. 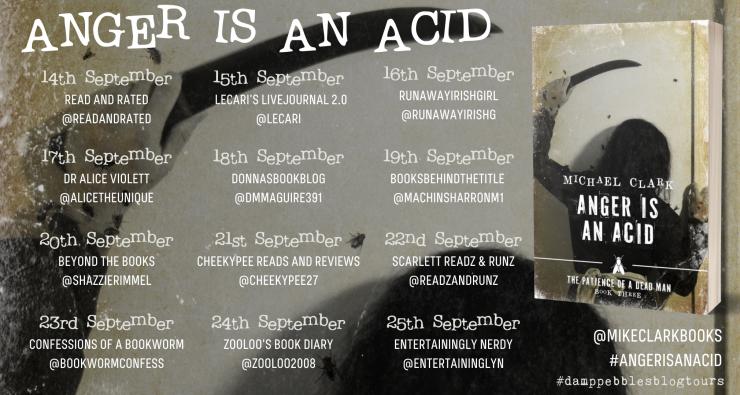