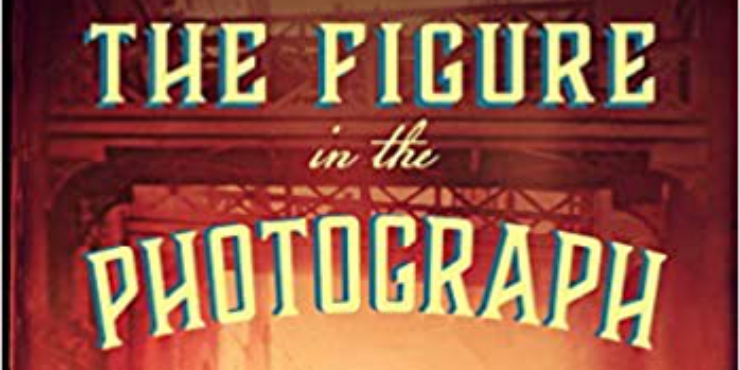 In The Figure in the Photograph, by Kevin Sullivan, Spanish photographer Juan Camarón, having recently lost his father in Cuba, during the War of Independence, finds himself living temporarily in Glasgow. Having discovered the truth of his father’s death through photographs, he hits upon the idea of serial photography - taking a photo of the same scene at regular intervals with a view to learning more about human nature and solving crimes, even if he doesn’t necessarily capture the crime or perpetrator themselves.

He’s engaged to help the police with a serial killer case by setting up cameras that take photographs every 45 minutes throughout the day from a couple upper-floor windows on the busy thoroughfare that connects the murders. What will he uncover - if anything? And is he putting himself in danger?

There were four positive aspects of this novel that kept me reading to the end: wanting to find out who the murderer was (I was guessing right up to the big reveal, and there are some other clever surprises along the way!), interesting characters (particularly Jane, Billy and the McLellans), the idea of serial photography and its uses, and the interesting historical information that is included.

Juan’s practice of taking photographs at regular intervals and making comparisons put me in mind of a very early, quaint version of Google Streetview and those regularly-updated webcam photos of public places, and I was intrigued by the idea that he might be able to solve the case through careful examination, rather than seeing obvious red flags in his photos.

I enjoyed reading about the Cuban War of Independence as I had no previous knowledge about it, as well as social and religious divisions between the Scots and Irish in turn-of-the-century Glasgow, and some of Juan’s observations of the rhythms of daily life on a Victorian street. The references to the plague and how it was spread were also very interesting, especially at this particular time!

However, the author’s writing style did not always make The Figure in the Photograph an easy read. There’s a lot of telling, rather than showing, particularly concerning characters’ personalities and manner towards others. The historical detail could have been woven in more effectively - there are long descriptions of photographic equipment and street scenes (Sullivan has clearly done his research!) that take the reader out of the action and don’t do enough (or even anything) to move the story along.

Juan comes across as excessively self-conscious and self-analytical as he can’t seem to describe anything he does, or has done, without reflecting upon, justifying, or commenting on his actions. This again distances the reader from the story. Some characters are described in almost grotesque detail, whereas I can’t remember reading what Juan looked like or even his age (I settled on early-mid 20s, but I couldn’t be sure).

There’s also a lot of unnecessary repetition - for example, when Juan tells other characters about his experiences in Cuba, we really don’t need more than ‘I told them about this conversation/incident’ because we were there with him. In my keenness to find out what happened, I ended up skimming over a lot of the extraneous detail to avoid feeling bogged down and getting frustrated.

The Figure in the Photograph features an intriguing premise and interesting history references, but is unfortunately let down by the author’s writing style. Nonetheless, it captured my imagination and kept me guessing enough to keep reading to the end.