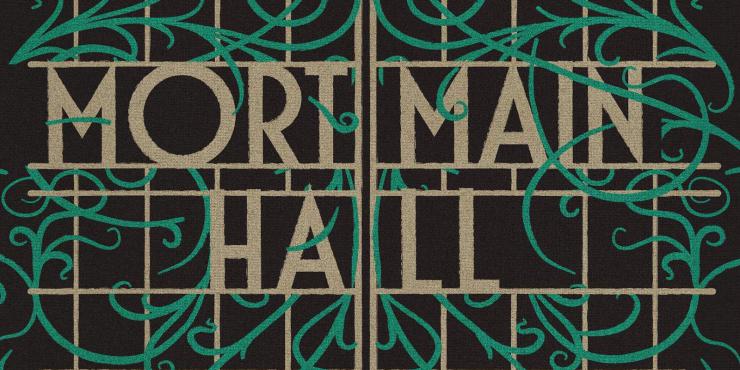 In Martin Edwards’ new 1930s-set thriller, Mortmain Hall, Gilbert Payne, who faked his own death years previously, dies for real after reappearing for his mother’s funeral. Men who knew too much about him start meeting with unfortunate accidents. Meanwhile, criminologist Leonora Dobell organises a get-together at her home, the remote and imposing Mortmain Hall, for a group of people who have narrowly escaped being convicted of murder.

What is the purpose of the gathering at Mortmain? What ties these disparate-seeming events together? Who is, and isn’t, guilty of murder? Amateur detective Rachel Savernake investigates with the help and support of her informal household staff, the Truemans, and young journalist Jacob Flint.

This is a clever yarn with fully fleshed-out major and minor storylines. I particularly enjoyed the stories of the three characters who may have ‘got away with the perfect murder’: a woman whose elderly husband died at the hands of her lover, a man whose pregnant lover died in mysterious circumstances, and a man whose burnt-out car was found containing the body of a tramp. They add extra layers of suspense and intrigue, and I wouldn’t have been surprised if you’d told me they had been real-life cases.

While Rachel and Leonora are both women of means (Rachel through inheritance, Leonora through marrying into money) who do as they please and share a special interest in crime, that doesn’t mean they get along or have anything else in common, which is also very realistic. In fact, it turns out Leonora has a historical reason to dislike Rachel, ramping up the tension and danger for the amateur detective.

Rachel is an interesting and unusual character I’d have liked to have seen more of. She’s the brains behind the operation rather than constantly hands-on herself, so there were chunks of the book where I felt like I lost sight of her. I’ve borrowed the previous book in the series, Gallows Court with a view to finding out a bit more about her motivations and capabilities.

Jacob Flint in particular does a lot of the legwork, simultaneously gathering information that will solve the mysteries and seeking out the story that will make his career as a crime reporter. I really enjoyed following him on fact-finding missions, even though he did (hilariously) mess up on occasion, and things didn’t always go according to plan. It was very satisfying how he pieced the puzzle together by asking questions and making observations - classic detective work, in other words!

Mortmain Hall is a smart and intriguing Golden Age mystery that has inspired me to add more of Martin Edwards’ other books to my TBR, and maybe finally get round to giving some of the original Golden Age detective books a whirl.

Mortmain Hall is published by Head of Zeus on 2 April 2020.