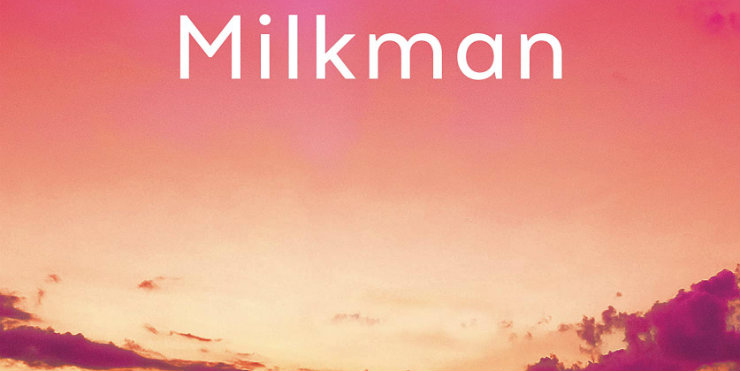 I have a confession to make. When the 2018 Man Booker longlist was announced, and I picked out the books I liked the look of, I didn’t choose Milkman. I was put off by the vague-sounding blurb and - even though I have a bloody PhD - its reputation as difficult. It was only when it won the prize that I joined the rapidly-expanding reservation queue.

When somebody describes a book as ‘difficult’, I think of books with little to no plot and/or where it’s hard to know what’s going on without having an English Literature degree; Virginia Woolf’s The Waves, for example. That really isn’t the case with Milkman.

There’s definitely a plot: the unnamed 18-year-old girl protagonist lives in 1970s Northern Ireland and is being creepily pursued by a local paramilitant, the eponymous Milkman, whom she spends most of the book trying to avoid. In a community where everyone knows each other and tensions are high, nearly everyone assumes they must be in a relationship, giving her a bad reputation. Without giving too much away, the Milkman’s obsession and determination to get what he wants has fatal consequences.

It’s not hard to know what’s going on, either. The narrator uses local dialect and colloquialisms, but it’s no harder to read than, say, The Catcher in the Rye or The Color Purple once you get into the swing of it. I actually found Anna Burns’ use of descriptors - ‘first/third brother-in-law’, ‘first/third sister’, ‘wee sisters’, ‘tablets girl’ better than giving her characters actual names, because when they reappear in the story after an absence, you immediately remember who they are!

The narrative is meandering as the young woman goes off on tangents about her life, family, and neighbours prior to the period covered by the book, but again, I thought this worked well. It didn’t feel like an ‘info dump’ as it can do when authors need to provide you with background detail, but instead like the narrator was talking to you directly, filling in the gaps as necessary.

This leads on to the thing I especially liked about Milkman: there’s so much detail! Burns has put so much effort into making so many characters the narrator knows ‘real’ by giving them and their families rich backstories. The story is not just about the protagonist and her nasty stalker, but a whole community. I feel like I learned so much about life, particularly young people, in Northern Ireland at the time the book is set.

What really struck me was the tightrope the teenagers in Milkman are faced with: they have to be politically aware, but not too involved; shouldn’t come across as too sad, or too happy; mustn’t give away too much, or say too little. The protagonist and most of her peers actually spend the book doing normal things for their age: going to work, dealing with their parents and siblings, going to clubs, getting together, pursuing their interests, discovering who they are. Yet you’re always aware that they’re living in a situation where buses are often on diversion because of car bombs, paramilitaries bury weapons wherever they like, and political murders and disappearances are standard. Saying or doing anything that can be misinterpreted, as young people have done since time immemorial, can get them into serious trouble.

With all this and more packed into 348 pages, Milkman is not a quick read. I read it in six sessions across five days, which is unusually slow for me, because there was just so much to take in and digest. I think the most I managed in one go was maybe around 80 pages; I would always have to stop after a while and find something less demanding to do. So while it’s not, in my experience, a difficult read - I didn’t, for example, get stuck reading the same page over and over, and the story rolls along quite smoothly - it does require quite an investment of time and concentration considering its length.

Milkman is like chocolate fudge cake. It’s rich and satisfying, but you have to pace yourself.