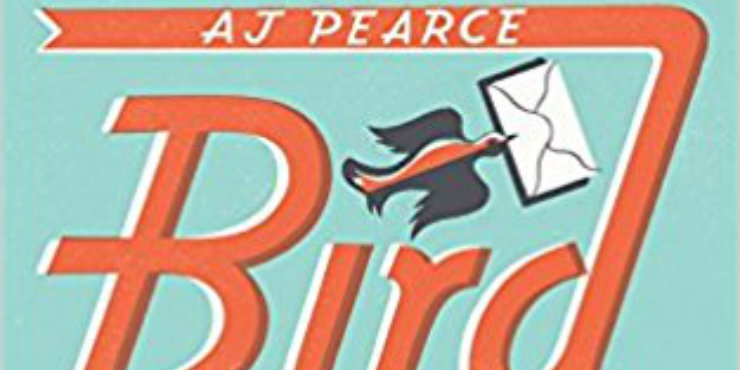 It has to be a good sign when your first read of the year gets five stars, right?

My first book of 2019 was Dear Mrs Bird, by AJ Pearce. I found about it - like a lot of books! - through a monthly ‘new in’ list I edited on behalf of the stock librarians for the library website I work on. As I have a TBR list a mile long, it was actually a few months before I got around to reserving it.

In Dear Mrs Bird, the main character, Emmeline, finds herself working at a women’s magazine, sorting the letters sent to the eponymous agony aunt. Mrs Bird refuses to answer letters that even hint at ‘unpleasantness’, and is extremely firm and unforgiving towards the women whose letters she does answer. Emmeline feels sorry for the writers whose missives are destined for the bin, and risks her job by starting to answer some of them herself.

Meanwhile, of course, there’s a war on. Emmeline and her best friend and flatmate, Bunty, are involved in the war effort. Emmeline’s boyfriend is fighting abroad, while Bunty’s boyfriend is in the fire brigade. They try to get on as normally as possible despite the London Blitz, which nonetheless contributes to some major events in the novel.

The one thing, above all else, that led me to give Dear Mrs Bird five stars was its fresh take on WWII. Whenever I think about the fighting abroad and the bombing (which, given my training as a historian, is probably more than average!), I think I would have been a neurotic mess and never slept for worry about me or my loved ones getting hurt or killed. However, characters in a lot of WWII novels seem to take it in their stride, so it was really good to see women who felt anxious and depressed writing in to the magazine, and Emmeline reassuring them that it was OK and understandable to be scared.

Another way Dear Mrs Bird offers a different perspective to other novels set in the same period is that Emmeline has a ‘normal’ job. Yes, she spends evenings directing fire engines to bombsites, but her job at the magazine is one that she might have had during peacetime, even if she did go into it mistakenly thinking she was going to be a war correspondent. In a lot of books I’ve read, the characters only seem to have jobs related to the war. They’re often ‘exciting’ jobs, too; by contrast, Bunty’s war work in an office is portrayed as too dull to talk about.

I got really attached to the characters, especially Emmeline, who I really admired for making the best of her job, even if it wasn’t really what she had wanted, and striving to be good at it anyway. Even though she had her flaws, and made some bad calls, I never lost sympathy for her because I understood her reasoning.

When the cataclysmic event of the novel happened - avoiding spoilers - I was devastated. It’s a sign of great writing when you’re internally yelling at the author for doing such an awful thing to their characters who feel so real!

Dear Mrs Bird is a refreshing new take on the World War II novel. It goes beyond the image of the strong, stoic women left on the Home Front, and has relatable characters you can’t help but cheer on. I can’t wait to read what AJ Pearce writes next!