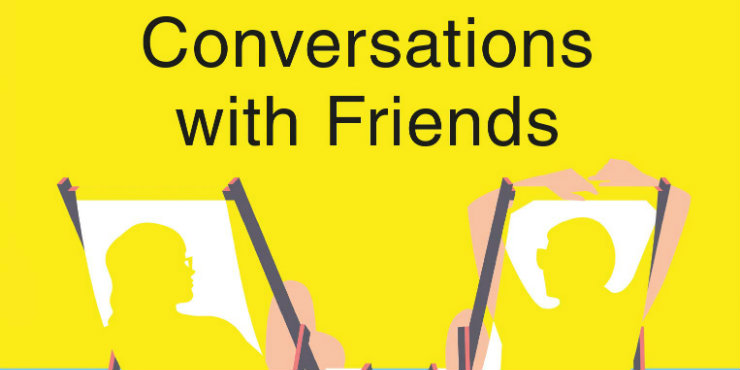 The power of fame: as with Milkman, by Anna Burns, I probably wouldn’t have picked up either of Sally Rooney’s books based on the blurbs, but what with Ordinary People winning awards, and everyone raving about how great her writing is, I got serious FOMO.

Conversations with Friends isn’t something that would normally appeal to me because - as a prolific crime fiction reader - I’m drawn to novels stuffed with dramatic events and perilous situations. By contrast, this story is more of a running commentary of a formative period in 21-year-old main character Frances’ life, during which she has an affair with an older married man, has to deal with her unreliable alcoholic father, and gets ill. The events in the novel are a series of jolts that keep you tripping along nicely. I read this book very quickly and enjoyed Rooney’s lively and humorous writing style - I definitely snorted a few times!

In Conversations with Friends as well as Ordinary People, which I read and enjoyed for similar reasons a few months ago, Rooney really captures the essence of being in your late teens/early 20s. The characters in both novels reminded me of myself at that age - really quite lucky to be at university in a city where there’s lots going on and lots of opportunities, but not really being aware it, or necessarily taking advantage, because of their age and personal dramas (this view may be slightly influenced by being 30 and life since my first round of university quite not going as I hoped…).

The whole novel is written from Frances’ point of view, and you become immersed in her perspective as an intelligent and observant, but also neurotic and depressed, individual who is trying to figure what out her personality is and where she fits into the world, and doesn’t quite realise how young and naïve, or powerful and talented, she is. It’s through the other characters of her best friend, Bobbi, the man she has an affair with, Nick, and Nick’s wife, Melissa, that you find out Frances’ true strengths and weaknesses.

Despite her flaws - coming across as cold and inscrutable, being overly-dramatic (forgivable considering her age!), and being too secretive for her own good - I felt sympathetic towards Frances, especially as a vulnerable young woman getting sucked into the toxic drama of Nick and Melissa’s marriage, however much power she (often unwittingly) exercised herself. I could tell she and Bobbi really cared for each other, even though their relationship could be stormy at times due to their history together and personality differences. I sympathised with her dream of an unconventional working life, was excited by her burgeoning success as a poet and writer, and hoped she developed a writing career after the book ended.

Conversations with Friends isn’t something I’d normally read, but it’s pacey and well-written, and gave me a lot to pick over.