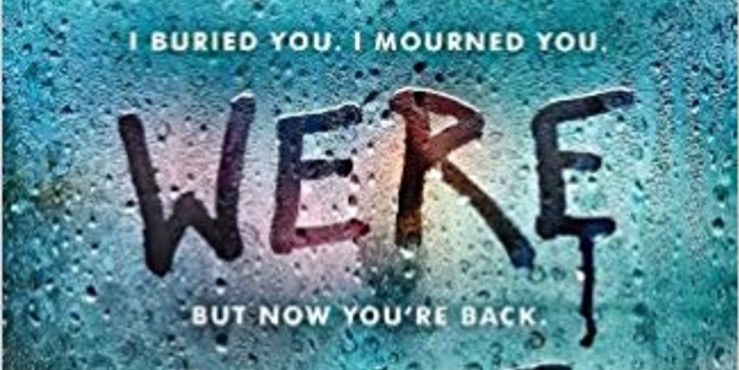 I’ve long considered Tim Weaver’s David Raker books to be masterfully eerie. Not your run-of-the-mill P.I. novels, he’s made me feel deliciously spooked on previous occasions with characters seeming to disappear between stations on the tube (Vanished), and being unable to remember anything about their lives apart from a children’s TV clip from their childhood (I Am Missing). The most spooky of all, though, was Broken Heart, where rare horror films on videotapes form a key part of the missing person’s evidence trail. The ninth in the series, You Were Gone, is something else altogether.

In You Were Gone, a woman claiming to be Raker’s wife, Derryn, turns up at a police station. She certainly looks very similar to her, sounds like her, and can recount details of their lives together that only she could know. But - as we’ve known throughout the series - Derryn died eight years previously.

Using his skills and contacts as an independent missing persons investigator, Raker immediately starts digging into what’s going on. At the same time, he not only has to deal with the police’s suspicion of him, but there’s also a doctor confirming Raker is mentally ill to the point of believing his wife has been replaced by an impostor, and Derryn’s death certificate has gone missing. Has Derryn been alive the whole time? What does that mean about Raker’s life since then - did the events of the previous books in the series even happen?

There are some perturbing scenes where you’re not sure what’s ‘real’, with a question mark hanging over one particular part of the story right until the end. What made You Were Gone especially effective for me was that I’ve been through the mill with Raker, and I didn’t want him to be going mad because I’ve cared about him as a character for so long now. I really went through his unease, his questioning of reality, and his reopened wounds concerning Derryn’s death with him.

And while it was the psychological parts of the plot described above that really makes this novel stand out, it’s also just a really good crime thriller. There are twists galore, mysterious, satisfying, worrying, and downright terrifying discoveries, and pure old-fashioned (and newfangled) detective work. You can’t take anything as completely ‘settled’ or ‘solved’ at any point, and that keeps you reading on right to the end.

You Were Gone is thrilling, emotional, and genuinely scary.