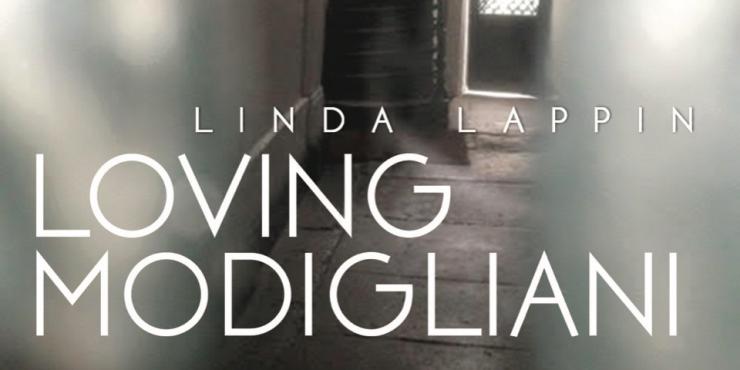 Linda Lappin’s Loving Modigliani tells the story of the life and afterlife of Jeanne Hébuterne, who was Modigliani’s common-law wife - and a talented budding artist in her own right.

We meet Jeanne in 1920, when she falls from a window just days after Modigliani dies of consumption. From there, we follow her into the afterlife, transcending space and time as she angrily watches family and acquaintances pick over her possessions, then crosses into a world of the dead, where she begins a long and arduous quest to be reunited with her beloved.

Jeanne’s story is picked up by an art student in Paris in 1981, who comes into possession of Jeanne’s diaries thanks to an old woman who is not all she seems. We also see a bracelet and lost painting of Jeanne’s move from place to place over the course of the book, until her work finally starts receiving the recognition it deserves, a century after her death.

I really enjoyed both the ‘life’ and ‘afterlife’ elements of this novel. The ‘other side’ Lappin creates - featuring talking cats, black stars, and inescapable bureaucracy among many other things - is highly vivid and imaginative.

The account of Jeanne’s short life contained in her diaries, meanwhile, is incredibly interesting and moving. I could really feel Jeanne’s excitement about going to art school in Paris, reinventing herself away from her stuffy bourgeois family, and falling madly in love for the first time. I also felt so sad, though, because she died at such a young age while ostracised by her family for getting pregnant out of wedlock, and Modigliani could be a drunken, abusive nightmare.

Jeanne’s story reminded me of a few other books I’ve read this year that show male artists treating their partners badly and overshadowing them - Christine Dwyer Hickey’s The Narrow Land, Whitney Scharer’s The Age of Light, Brigitte Benkemoun’s Finding Dora Maar and Polly Samson’s A Theatre for Dreamers come to mind. At least the women in these other books got to live full lives, whereas we can only imagine what Jeanne might have achieved had she survived. It is a balm to see her work on exhibition in the final section and find out about her posthumous success in the afterword.

The storyline with the art scholar also really captured my imagination. I always love reading about people making brilliant discoveries through research, so it really piqued my interest when she made contact with an eccentric but wily old woman, Annie Rosier, who knew Jeanne and was finally prepared to give up her secrets. There’s a lot of humour in this section as the pair go on a spontaneous, madcap trip across Europe to liberate the lost painting, involving comical characters and mightily suspicious deaths.

Loving Modigliani is published by Serving House Books on 15 December 2020.