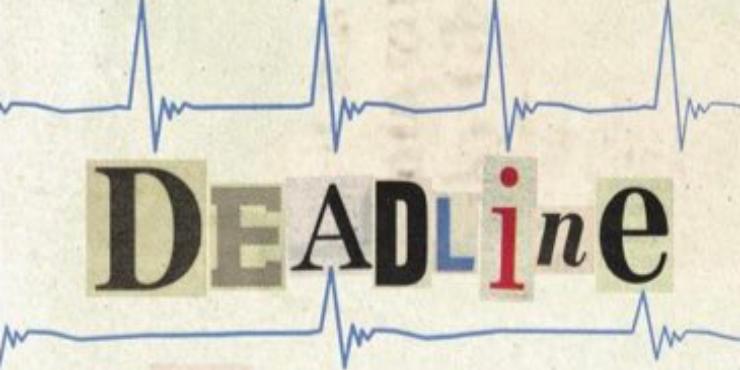 This post is part of a blog tour organised by damppebbles. I received a free copy of the book in return for an excerpt post.

“Adam Ferranti was drinking away his waking hours, getting by in a regional newspaper in the North of England. An award-winning journalist, he moved to England to escape the media glare that followed his spectacular fall from grace at The Washington Post; only to be thrust back in it when a mysterious serial killer decides to make him his confidante. 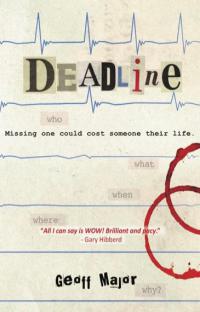 “DS Stephanie Walker is a successful member of the West Yorkshire Police force. Whilst she is tough and results-driven at work, with a fearsome reputation on the streets, she hides the domestic abuse she suffers at home.

“She finds Ferranti exceptionally difficult to deal with, but he’s her only chance to stay close to what the elusive killer is planning next. Ferranti reluctantly complies with the police, even though he is fighting his own personal demons, but when his best friend is murdered by the killer, it suddenly gets personal. And suddenly, no-one is quite who they seemed to be.” 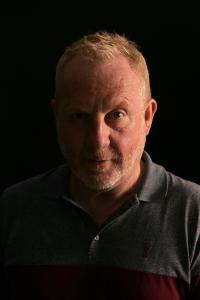 A long time ago, Geoff Major had an idea for a story, whilst walking his girls to primary school. Two years ago, he decided he had the time and patience to try to write the story down. His wife was wholly supportive, so he turned from full-time to part-time for four months and now - 23 years after that idea first popped into his head - it has been published.

As a self-employed business consultant for 18 years and a fundraising adventurer for ten years (including ski-trekking 50 miles, over six days and six nights, to the geographic North Pole), he now works for a debt charity whilst plotting his next three books.

Pain coursed through Kathy Mason’s body; her nerve ends screaming. She lay on her back, in the middle of the road, unable to move her torso. Her eyes danced, erratically, in raw panic.

Her right arm reached out and her hand groped the wet tarmac, hoping to feel her husband’s reassuring hand grasp hers in response. She couldn’t see it, but just inches behind her, lay Peter’s left hand. It was lifeless, like the rest of his body.

“Madam, I need you to please lie still”, pleaded one of the medics at the scene, who had arrived to support the ambulance crew. He was trying to inject some pain relief into Kathy Mason’s arm. “We’re going to take you to Scarborough General Hospital. You appear to have a broken collarbone and your left leg has multiple fractures. We need to stabilise it before we move you. It will help ease the pain, so please lie still”, he continued. Kathy Mason simply stared into the distance, wide-eyed and unable to concentrate on anything being said to her.

In her peripheral vision, a movement suddenly caught her attention, and she saw a figure carrying her baby to a nearby ambulance. The baby appeared motionless. “NOOOOOOOOOOOO! Edward!” she howled. “Where are they taking my baby? EDWAAAAARD!” As she desperately tried to reach out to him, she shrieked in a physical pain that matched that of her emotion. Her collarbone was completely shattered, and the pain consumed her.

“It’s alright, your son is alive, but he needs some emergency treatment”, assured the doctor. For a moment, Kathy Mason became calm and closed her eyes. She murmured a brief prayer of thanks. The doctor took the opportunity to inject morphine into her right arm, and he exhaled in relief at having been successful. He then looked across at the ambulance driver carrying the child, who motioned his hand to indicate that the child’s chances of survival were only probably fifty-fifty.

Just twenty minutes ago, Peter and Kathy Mason had left the comfort of their beautiful home, that was perched on the top of the limestone cliffs above the south bay, in Scarborough. Their six-week old son, Edward, had been suffering with a fever. A short walk to a local late-night health clinic had ended when one of two cars, which seemed to be racing each other, had struck a kerb and spun through the air; striking the young family. All Kathy could remember was holding Edward tight, just before the car slammed into her left shoulder. The force of the blow threw her into the air and, as she struck the ground, she lost consciousness immediately.

To the far left of this scene was the wreckage of that car. It had crashed down onto the road, with sparks flying, as the cold steel roof skidded across the tarmac, before finally coming to a stop. It was now leaning precariously against a steep stone wall. A fire crew worked to remove the side of the car so that medical help could reach its driver, Anthony Cleaver. Blood dripped from a gash to the side of his head, and he too was motionless, but apparently alive. He was soon eased out of the wreckage and transferred to an ambulance for immediate attention.

When Cleaver came around sometime later, his head and right arm were covered in bandages. He wore a temporary splint and harness around both legs and his pelvis. A drip had been inserted into his left arm, and an oxygen mask over his face gently provided some pain relief. The ambulance’s right rear door was open, and the view was like a framed nightmare. Blue lights were still flashing all around, and a white blanket covered someone, laying on the road. The persistent drizzle quickly turned the blanket’s crimson blood stains a pale scarlet. Cleaver’s stare was broken as a doctor stepped up into the ambulance and closed the door behind him. He picked up a clipboard, looked down at the notes, and scribbled on the paper. He then looked up at the drip and followed the tube to where it disappeared into Cleaver’s forearm.

“What happened?” asked Cleaver. The doctor said nothing and reached into a black bag, taking out a syringe, a stethoscope and a small bottle of liquid.

“Please tell me who that is, out there – on the road?” pleaded Cleaver. The doctor started drawing liquid from the bottle into the syringe and sighed.

“You seem to have killed some people tonight”, replied the doctor, concentrating on the syringe and still not looking up from his work. “The father is dead, and the mother and baby are very close to death. I don’t think they’ll be able to save them”, he added, solemnly.

The doctor now stared at his patient, but Cleaver was too deep in reflection to notice. The doctor injected the cloudy liquid from the syringe into the drip and continued his prognosis; “Just like I don’t think anyone will be able to save YOU now, either”.

Cleaver snapped out of his daze and looked up to see the doctor placing the bottle and syringe back into his bag. The doctor turned to face his patient and Cleaver suddenly recognised him. His gaze switched from the doctor to the drip.

“You deserved to die tonight, Anthony”, said the doctor. “It’s just a shame we didn’t catch up with you before you attracted so much … attention”. And with that, the man removed his clinical white coat and exited the ambulance, disappearing into the darkness.

Anthony Cleaver started to sob. He felt the warmth of the injected solution sweeping through his body, knowing that the concoction meant his death was both inevitable and imminent. As his vision started to blur and his head started to swim, he found some solace knowing that at least the location of the file they sought would continue to remain a secret. For now.