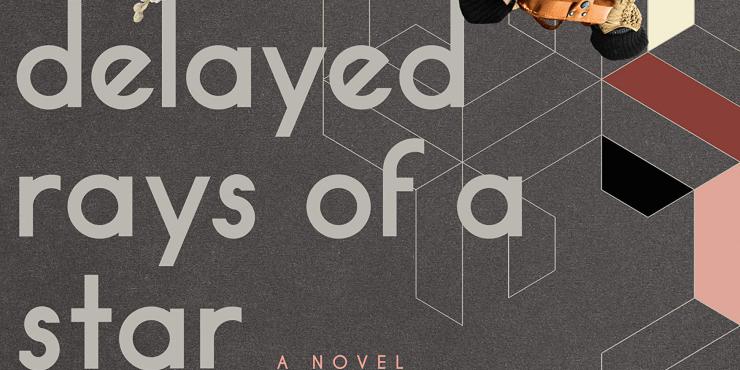 I received Delayed Rays of a Star in the December 2020 Books That Matter subscription box. I always look forward to receiving my box, and this month’s was the best so far, with a brilliant book from an author I’d never encountered before and beautiful and useful gifts.

Delayed Rays of a Star, by Amanda Lee Koe, centres around the lives of three actresses - Marlene Dietrich, Anna May Wong, and Leni Riefenstahl - and spans most of a century as we follow their careers, then watch their stars fade. At the start of the book, it’s 1920 and they’re photographed together at a ball, by chance rather than design; come the end, we’re aware of how things played out, and how critics and history came to judge them.

My biggest takeaway from this book is the author’s thorough consideration of the price of fame, and the feeling that, as a woman in film in the early-mid twentieth century who was in any way ‘different’, you couldn’t do right for doing wrong. Marlene, arguably, gets off the most lightly; escaping Nazism and renouncing her German citizenship for America allows her career to go stratospheric, but Germany never quite forgives her. She gets to live how she likes and do what she wants, but her vanity is such that she becomes a lonely recluse in her later years, not allowing the world to see her now she’s no longer the glamorous and outrageous woman she once was.

Anna May gets stuck in a no-woman’s-land: as an Asian-American, she can’t be the main character in a film, and if she’s the love interest, her character has to die because inter-racial couples mustn’t live happily ever after. She ends up in the absurd situation where she’s passed over for the role of a main character who’s meant to be Asian in favour of a white actress in yellowface. At the same time, having been born in Los Angeles, she feels no connection to China, and faces criticism there for playing up to stereotypes and making a mockery of customs she’s unfamiliar with, when that’s what’s required of her to advance her career.

Leni Riefenstahl is a less sympathetic character, and it’s to the author’s credit that I nonetheless found her interesting and wanted to keep reading about her. Leni adopts the opposite approach to Marlene in the face of Nazi rule, sucking up to Hitler and Goebbels for funding for the film she’s directing. Despite her denials, you’re never quite convinced that she was acting purely tactically and didn’t really sympathise with the government, enjoy Hitler’s company, or know what the plans were for the Romany travellers she ‘employed’ as extras. Is she trying to convince the people who refuse to forget her fascist connections 60 years on, or herself?

This novel is also rich in description and detail. I loved reading about the characters’ clothes and costumes, particularly those worn by Marlene. I got a real sense of excitement reading about her and Anna May’s childhood dreams and the early stages of their careers, when it really did seem like anything was possible (by contrast, Leni seems to spring into the book already fully formed). Regular visitors will know I enjoy reading about people making art, and it was a real treat to watch the characters - major and minor - acting in, and creating films.

The book also features side narratives of four people connected to the actresses: a Jewish journalist who interviews Anna May; a heartbroken Best Boy working on Leni’s set; and the elderly Marlene’s Chinese maid and a mysterious young man who calls Marlene up and recites poetry. It’s hard to say how necessary these are to the book, or whether I’d have preferred to spend more time with Anna May, Leni and Marlene.

What I can say is that they are a testament to Koe’s storytelling abilities and descriptive skills. Whether the characters are in China, North Africa, France, Germany or the United States, she sets each scene with great care and an eye for detail. I was absorbed by their stories and felt fully engaged with their struggles, which commonly involved tragedy, discrimination and misunderstanding.

Delayed Rays of a Star is a rich and thorough examination of the price of fame for three non-traditional women who strove for success in the unforgiving world of film.