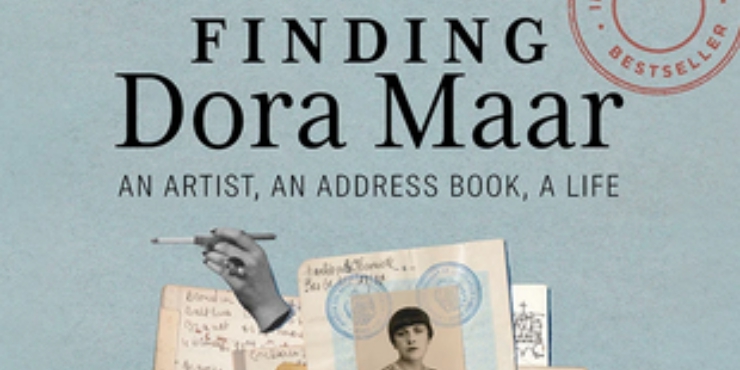 Finding Dora Maar, by Brigitte Benkemoun, reconstructs the life and times of a photographer and painter who worked in France from the early 1930s onwards. Benkemoun’s route into her subject is both serendipitous and unusual: after her husband lost his prized Hermès agenda, she bought a replacement on eBay - and found Dora Maar’s 1951 address book inside! So begins two years of detective work as she investigates the people in the address book, and what they can tell us about Maar’s life and character.

I must admit, I’d never heard of Dora Maar before, but Benkemoun’s approach and enthusiasm swept me up and absorbed me into the world of Maar and the artists, writers and others she knew - and ceased to know - over the course of her adult life. The author’s use of a single object to open up a whole history is reminiscent of Gillian Tindall’s work - however, unlike Tindall’s most recent book, The Pulse Glass, Finding Dora Maar radiates positivity and excitement. I loved following Benkemoun as she had ‘eureka!’ moments and uncovered new insights into the artist. I also liked how she paid attention to who was and wasn’t listed in the book, and whether their details were up-to-date, to deduce the status of Maar’s various relationships at that particular point in time.

Maar was the model for Picasso’s Weeping Woman, and her relationship with him coloured her whole life, even after they split for good after ten years together in 1945 (Maar died in 1997). Like the women in Polly Samson’s A Theatre for Dreamers, her (willing and devoted, but still…) service to the great master stymied her own career, and in return, he treated her appallingly and steered her away from photography and towards painting. While Maar was undoubtedly talented in both areas, I feel this was a shame - I was particularly attracted by Benkemoun’s image of a young Maar making a perilous climb to capture photos of conditions inside a mine, as well as her street photography.

While Benkemoun is full of enthusiasm for her project, that doesn’t mean she isn’t uncritical of her subject - far from it, in fact. Right from the start, she’s honest about the fact that Maar had a copy of Mein Kampf on her bookshelf, and that this made her doubt whether she wanted to continue with her research. Taking a whole-life approach, Benkemoun shows that this artist who at one time was very left-wing, hung out with the Surrealists, and had a succession of gay male companions, became homophobic and anti-Semitic as she grew more pious, mentally ill and isolated in her later years.

At times, Maar reveals herself to be so unlikeable that Benkemoun finds it a relief to take a break from her to find out more about her friends - including fellow painter Jacqueline Lamba, Vicomtesse Marie Laura de Noialles and long-time confidante Nadine Effront - all women worth reading about in their own right. We learn about the dynamics, beginnings and endings of Maar’s friendships with men and women, famous and obscure. While she is not always likeable, Maar never fails to be interesting.

Finding Dora Maar is a fascinating account of serendipity, the joy of research, and a complicated woman artist who moved in the best circles.

Finding Dora Maar is published by Getty Publications on 19 May 2020.