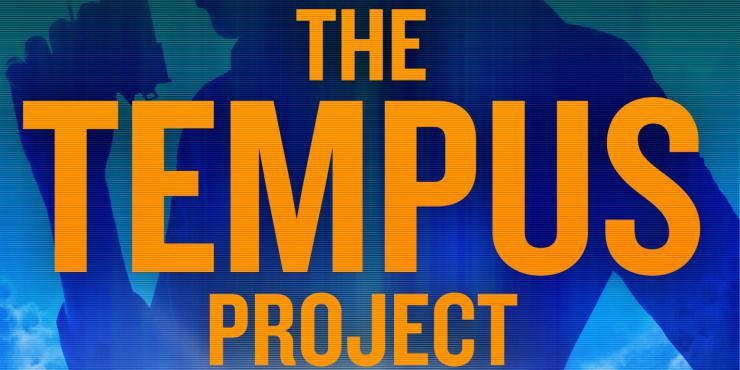 “Now Bridge is back, battling a series of hacks and ransom-ware attacks, masterminded by a hacker known only as ‘Tempus’, who is targeting politicians and government officials with impunity.

“Discovering that this campaign is linked to a cyber-attack on the London G20 summit, she is drawn into the dark-web world of crypto-currencies, Russian hackers and an African rebel militia.

“In another compelling cyber-thriller from the creator of Atomic Blonde, Bridge races against time to prevent a disaster that could alter the balance of global power forever.” 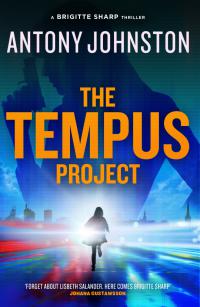 WOW - I absolutely loved this book and cannot wait to read its predecessor, The Exphoria Code. It’s a really exciting read, with car chases, political intrigue, international undercover work and a tense race against time to stop the Tempus malware releasing a huge collection of highly confidential documents into to the world. We follow the characters to Paris, Tallinn and a small African nation-state as Bridge and her colleagues in the SIS and CIA work to shut down the virus.

Johnston pitches the technical detail at just the right level - neither too simplified and patronising, nor overly-complicated and difficult to comprehend. It was easy to follow what Tempus was doing to people’s computers, and what Bridge and her team were doing to address it. I do understand crypto-currency better than before I read this book, but the explanations were part of the story and didn’t make me feel like I was reading a textbook. I also got to feel pretty smart when I figured out a big tech-related twist before Bridge did!

I adored Bridge as a character - she’s smart, no-nonsense, and a goth to boot (spoiler alert - she de-goths for a while, but reverts back in the end - her decision to continue wearing and listening to what she likes was what pushed this book from 4.5 to 5 stars for me!). I found her incredibly relatable: although she excels out in the field, she loves to get her head down at her computer and solve problems, she’s not entirely comfortable with being given a position of authority/responsibility, and while she rightly takes the credit for her successes, she’s very down on herself when things go wrong. I think we’d get along well if she was real!

In fact, while the crime at the centre of The Tempus Project takes place online, human emotions, relationships and communities are a hugely important aspect of the novel. For example, the individual behind the cyber-attack is avenging the death of someone they loved, the situation with the malware and crypto-currency in Africa arises through old-boy connections, and Bridge’s family relationships are a mess due to the dangerous and clandestine nature of her job, and her refusal to bow to convention. Bridge is an established member of online communities of ‘elites’ and regularly draws on their expertise, and I particularly enjoyed the part of the book where she infiltrates a hacker meet-up in Tallinn; these are very much ‘her people’, but in the context of her job, they’re on opposing sides.

The Tempus Project is a smart, high-octane cyber-thriller featuring a heroine after my own heart. 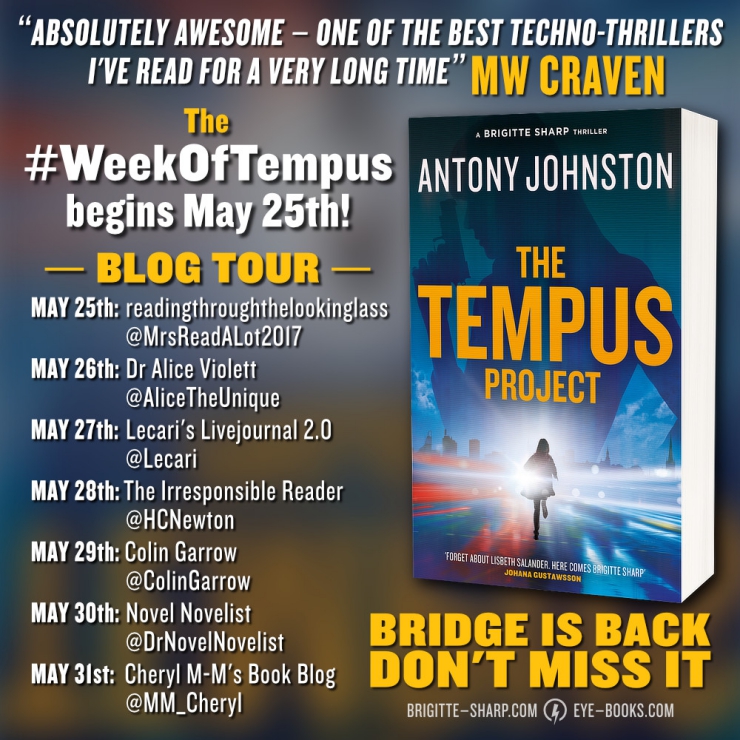