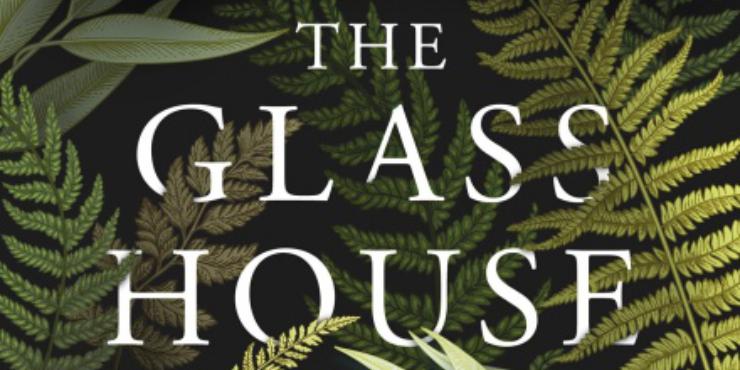 In The Glass House, by Eve Chase, it’s 1971 and nanny Rita Murphy decamps to sprawling, crumbling Foxcote Manor with 12-year-old Hera and five-year-old Teddy Harrington and their mother Jeannie after a fire at the family’s London townhouse. Jeannie spent a spell in an institution following the loss of a newborn the previous year and is still fragile; as well as all of the childcare, Rita is charged by Walter Harrington to report to him on his wife’s mental state while he’s away on business.

We know from the start that a body is found in the forest that surrounds the house; the story takes us through the events leading up to the event without revealing who the body belonged to, or how they died, until the last possible moment - and even then, there are still questions. Chase leads us to the big reveal through three perspectives across two time periods: Rita and Hera in 1971, and Rita’s adopted daughter Sylvie in the present day. Poor Sylvie has really been through the mill recently: she’s split up with her husband and moved out of the family home, her mother’s in a coma following a fall, and her 18-year-old daughter, Annie, is pregnant. However, this puts her in a position where she has the time and opportunity to investigate the secrets of the past that Rita always hid from her.

The Glass House contains all the features I love in a book: decades-old mysteries, family secrets, a sprawling country house, and a dual timeline. There are a couple of things, though, that make it really stand out from others in the same genre. One is Chase’s beautiful, detailed descriptions of the forest. The other is how dark the story is: without giving too much away, there’s more to the ‘stillborn’ storyline than meets the eye, Hera is a seriously troubled child, and there’s some real string-pulling going on. What’s more, it’s absolutely gripping and I zoomed through it. The revelations come thick and fast, yet never run out - even towards the end, when we know the story of the body in the forest, Chase still has a number of surprises up her sleeve to make you go ‘ooh!’ and ‘aah!’.

It also got me thinking about the use of the nanny’s perspective in storytelling, having also recently read Lucy Atkins’ Magpie Lane. In both books, the nannies have no family attachments of their own, are in a position to observe the family in private (despite Rita saying even nannies don’t know everything that goes on behind closed doors), have interests that give them their own dimensions and lives (for Rita it’s terrariums, for Atkins’ Dee, it’s mathematical proofs), and resist the urge to leave when things get difficult because of their responsibility for their charges in the absence of functioning parents. Due to her position as an outsider, and role as a practical, stable caregiver in the children’s lives, Rita feels like a trustworthy and believable narrator (although, in Magpie Lane, there’s much more of a question mark over that feeling…), who keeps secrets from Sylvie to protect her, however misguided she may be in doing so.

The sections from Hera’s perspective add information and insights that Rita wouldn’t be able to provide herself, even if her reliability is compromised as a troubled tween craving love and attention from her mother. One criticism I would have is that - while 12-year-olds are way more perceptive and emotionally intelligent than people give them credit for - some of the language she uses is a little beyond her years. Similarly, at one point Annie makes a cultural reference that doesn’t really work for a character born in the early 2000s.

The Glass House features all the elements I love to see in a book. It’s also delightfully dark and filled with beautiful descriptions. With revelations and surprises right up until the final few pages, it’s utterly unputdownable and incredibly satisfying. I will definitely be reading Chase’s previous novels, Black Rabbit Hall and The Vanishing of Audrey Wilde, and following her career with interest!

The Glass House is published by Penguin (Michael Joseph) on 14 May 2020.