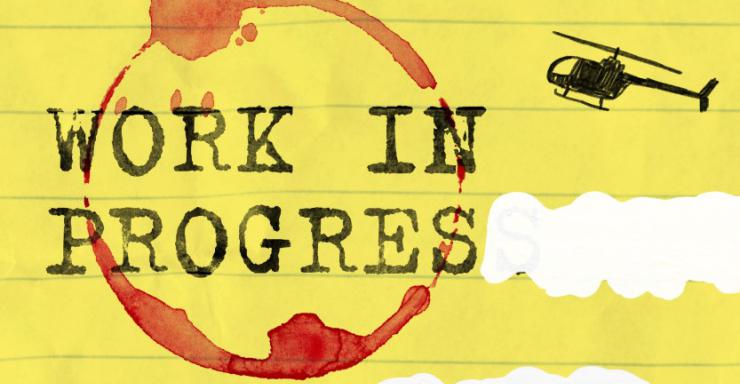 “In December 2016, Julia Greengage, aspiring writer and resting actor, puts up a poster in her local library inviting people to join a new writers’ group. The group will exchange constructive feedback and ‘generally share in the pains and pleasures of this excruciating yet exhilarating endeavour we call Literature’. Seven people, each in their own way a bit of a work in progress, heed the call.

“There’s Keith, a mercenary sci-fi geek who can write 5,000 words before breakfast and would sell his mother for a book deal. Tom, a suburban lothario with an embarrassing secret. Peter, a conceptual artist whose main goal in life is to make everyone else feel uncomfortable. Alice, who’s been working on her opening sentence for over nine months. Jon, a faded muso with a UFO complex. Blue, whose doom-laden poems include ‘Electrocuted Angel in the Headlights of My Dead Lover’s Eye Sockets’ and the notorious ‘Kitten on a Fatberg’. And Mavinder, who sadly couldn’t make the first meeting. Or the second. But promises to come to the next one…

“Soon, under Julia’s watchful eye, the budding writers are meeting every month to read out their work and indulge each other’s dreams of getting published. But it’s not long before the group’s idiosyncrasies and insecurities begin to appear.” 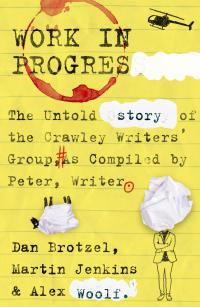 As a member of a writing group, Work in Progress, by Dan Brotzel, Martin Jenkins and Alex Woolf, naturally jumped out at me as something I should read. This book is a lot of fun, though I must say I’m glad nobody at Colchester WriteNight is anywhere near as out-there or lacking in self-awareness as any of the characters!

The story is written as emails between Julia, Keith, Tom, Peter, Alice, Jon, Blue and Mavinder, which makes it quite a speedy read that gives you lots of opportunities to see how relationships develop within the group, with some of its members meeting outside of sessions, both romantically and platonically. Every character has something going on for them, and the authors dial their personalities and problems up to 11 for maximum humour.

Over the course of the book, we watch tensions mount between the writers until the big finale - a session at Julia’s house that’s being filmed for a Channel 4 documentary. This part of the novel is presented as a transcript that provides a blow-by-blow account of a surprising and hilarious evening where the less sincere members of the group show their true colours and there are revelations galore.

The character I related to the most was Alice. While I’ve never spent nine months agonising over a sentence, I can only seem to write when instructed to, but nonetheless like to think of myself as a writer, and relate to writerly experiences.

I found Keith the most entertaining character. None of the writers are at all self-aware, to the point that they don’t even realise when antagonist Peter is mocking them, but Keith’s belief in the popularity and marketability of his ever-expanding sci-fi series is something to behold, and I enjoyed his attempts at creating a language for his world and selling his books and merchandise at every opportunity.

Work in Progress is an enjoyable and funny novel about a group of eccentric writers. 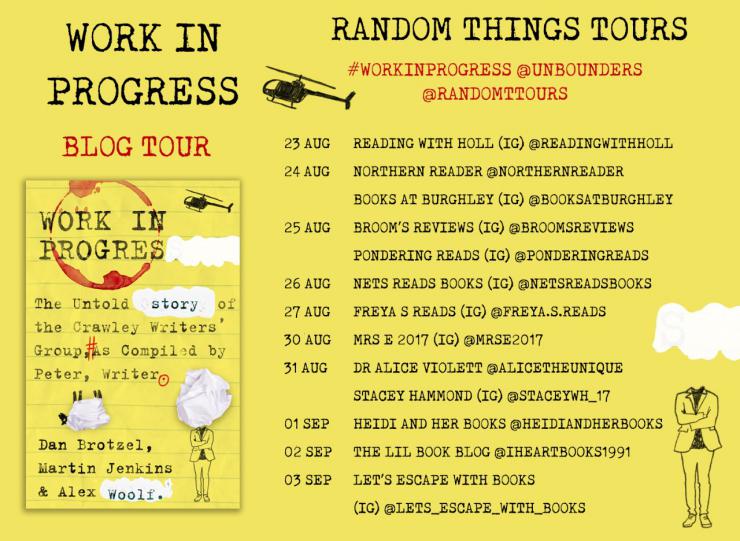