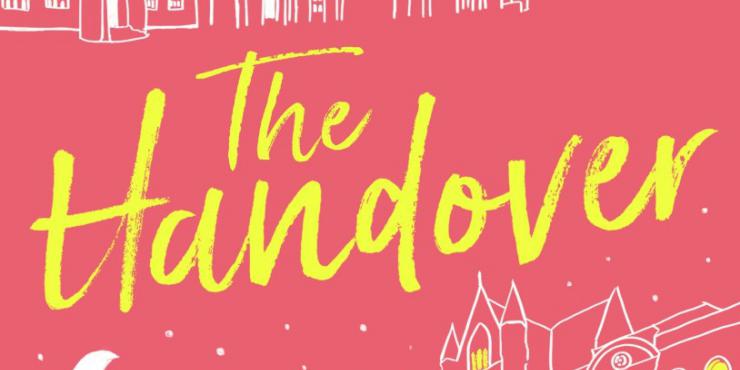 “Daisy does nights and Nate does days, which causes no end of hilarity at the Manchester Museum of Social History. ‘It should be Daisy on days and Nate on nights,’ Janice on the reception says to her at least once a month, as though Daisy hasn’t yet got the joke.

“Daisy is the night security guard at the Manchester Museum of Social History. She takes her job very seriously, protecting the museum from troublemakers and anyone who openly mocks the fact they have a dinosaur on display.

“Nate works the day shift, though he’d be more suited as a museum guide the way he chats with the visitors. Daisy doesn’t approve: every one of them is a potential threat and befriending them could impair his judgement.

“Daisy and Nate don’t have much to do with each other except for the five minutes when their shifts overlap at handover. He passes the torch over to her - like a baton - always with a smirk on his face, and she asks him for a full report of the day, which he gives reluctantly. It’s the only interaction they have… until strange things begin to happen at the museum.

“Daisy notices priceless objects are going missing but then reappearing, with no explanation (and nothing showing on the CCTV, which is why she doesn’t trust technology). No one believes her except Nate, and he agrees to help her solve the mystery.

“They soon discover they have a lot more in common than they realised… and their investigations uncover more than just the truth. Could they have feelings for one another?” 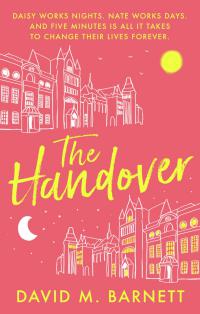 I absolutely whizzed through The Handover, by David M. Barnett, and felt rather bereft after finishing it. At its heart, it’s a sweet love story of two museum security guards, Daisy and Nate, whose relationship builds as they take it upon themselves to discover who’s taking objects from the displays, only to replace them a few days later. For much of the book, they only interact for five minutes at a time - the titular ‘handover’ - but they’re increasingly on each other’s minds outside of work and do end up spending some more lengthy periods of time together.

While this is a humorous and uplifting book on the whole, both characters are damaged in their own ways and the author deals with a number of serious issues with sensitivity and a light touch. Nate grew up in a violent home and is divorced with a ten-year-old son, Ben, who has fallen in with a gang. Daisy is weighed down by something she did when she was nine that she has always thought made her a bad person, and outside of work, she and her sister Rosie care for their mother, who has cancer.

Both Nate and Daisy undergo personal transformations over the course of the book, but Daisy’s is the more striking. At first, Daisy dislikes Nate’s laid-back approach to their shared job and isn’t receptive to his humour, but she gradually finds herself loosening up and even making some jokes of her own. She also takes the first tentative steps towards being less shut-in and more assertive with her family, especially as new information comes to light about the incident from when she was younger. There’s a positive message that it’s never too late to become the person you were meant to be and live life more fully.

In addition to these main threads, there’s a lot to enjoy in this novel. I particularly appreciated the skits about Nate’s copyright-dodging local takeaway, the descriptions of the museum exhibitions (the museum benefactor’s creepy skull! The trade union banners, perfect for hiding behind! The Ian Curtis reference!), and the quirks of the various characters who work with Nate and Daisy at the museum.

The Handover is a simply lovely story that doesn’t shy away from big issues. 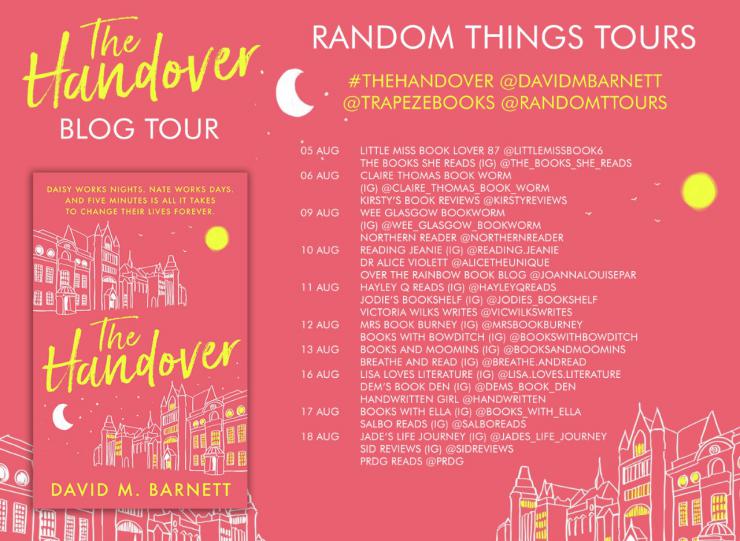