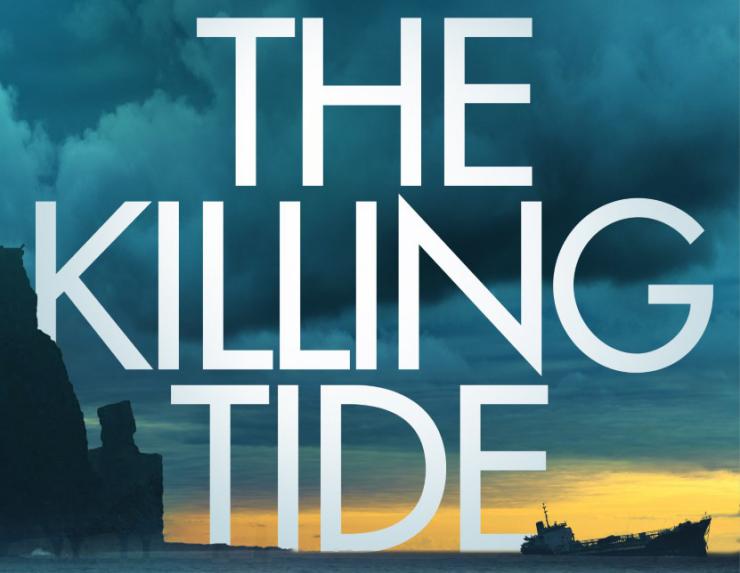 “When three bodies are found on a wrecked ship in the Orkney Isles, forensic scientist Rhona MacLeod is brought in to investigate.

“After a fierce storm hits Scotland, a mysterious cargo ship is discovered swept ashore in the Orkney Isles. Boarding the vessel uncovers three bodies, recently deceased and in violent circumstances. Forensic scientist Dr Rhona MacLeod’s study of the crime scene suggests that a sinister game was being played on board, but who were the hunters? And who the hunted?

“Meanwhile in Glasgow DS Michael McNab is called to a horrific incident where a young woman has been set on fire. Or did she spark the flames herself? As evidence arises that connects the two cases, the team grow increasingly concerned that the truth of what happened on the ship and in Glasgow hints at a wider conspiracy that stretches down to London and beyond to a global stage.

“Orcadian Ava Clouston, renowned investigative journalist, believes so and sets out to prove it, putting herself in grave danger. When the Met Police challenge Police Scotland’s jurisdiction, it becomes obvious that there are ruthless individuals who are willing to do whatever it takes to protect government interests. Which could lead to even more deaths on Scottish soil…” 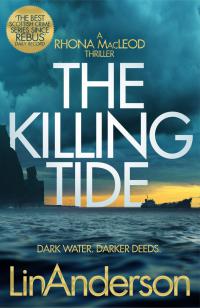 In The Killing Tide, forensic scientist Dr Rhona MacLeod and her colleagues are presented with two cases: the arrival of a ‘ghost ship’ in the Orkneys with three dead bodies on board, and a woman found burned to death in a close in Glasgow. It soon becomes apparent that both cases are related to a shadowy organisation that offers those who can pay the opportunity to act out their most violent fantasies - and the people running the show won’t go down without a serious fight.

I am embarrassingly late to the Lin Anderson party - this is the 16th(!) book in the series. While the characters obviously have a lot of history behind them, this novel is easy to pick up without any prior knowledge. The author drops in relevant details where needed so you’re neither left playing catch-up nor overwhelmed with backstory. I’m now looking forward to sinking my teeth into the previous books.

By continually switching her focus between Rhona, DS Michael McNab, investigative journalist Ava Clouston and others, Anderson seamlessly balances fascinating details about forensic investigation with tense action scenes. McNab in particular finds himself in danger at several points throughout the book and my heart was in my mouth as I wondered if/how he was going to survive. Often, Anderson lets the reader in on important information before the detectives find it out, and my anticipation of the characters finding out what I already knew really kept me turning the pages!

Being a big fan of Val McDermid, Stuart MacBride and Ann Cleeves, I liked the Scottish setting of The Killing Tide - both the city and the island side. The storm that opens the book really creates an atmosphere and sense of menace, and I always find it interesting to read about life on the islands. I also enjoyed following the Glasgow contingent to their favourite haunts, getting to know them and seeing how they interacted with one another. There are many brilliant flashes of humour against the dark backdrop of violence and danger (a witness’s diabolical cat springs to mind!), which I loved.

The Killing Tide is gripping, smartly-plotted and fast-paced. 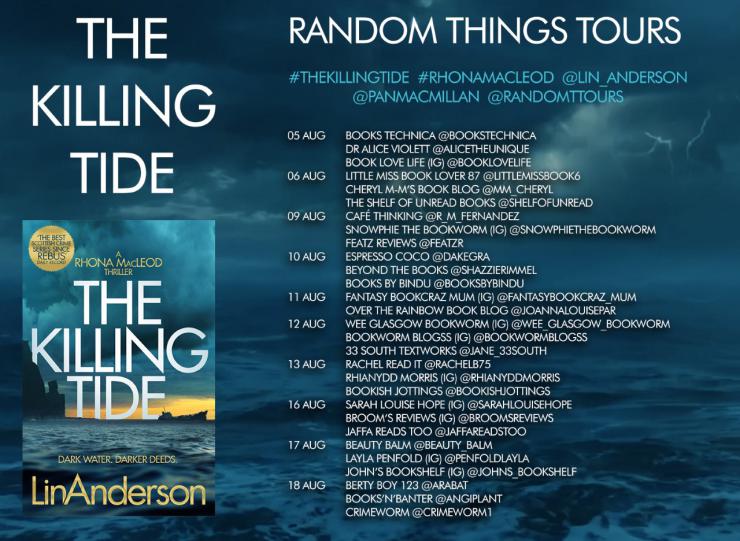