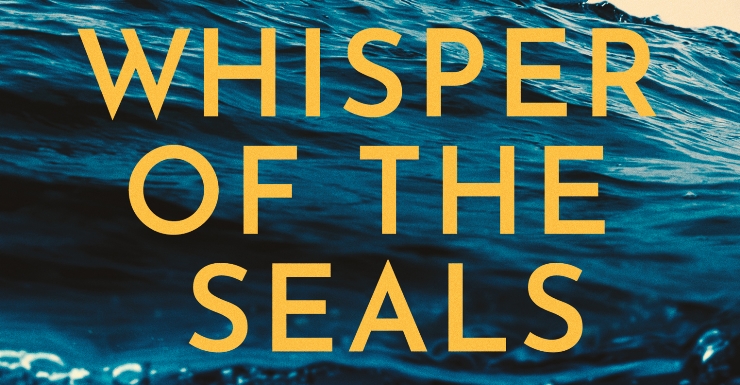 ‘Detective Moralès returns in a breath-taking literary thriller set on the icy seas of Quebec’s Magdalen Islands, in the midst of a brutal seal hunt, where nothing is as it seems and absolutely no one can be trusted…

‘Fisheries officer Simone Lord is transferred to Quebec’s remote Magdalen Islands for the winter, and at the last minute ordered to go aboard a trawler braving a winter storm for the traditional grey seal hunt, while all of the other boats shelter onshore.

‘Detective Sergeant Joaquin Moralès is on a cross-country boat trip down the St Lawrence River, accompanied by Nadine Lauzon, a forensic psychologist working on the case of a savagely beaten teenager with Moralès’ old team in Montreal.

‘When it becomes clear that Simone is in grave danger aboard the trawler, the two cases converge, with startling, terrifying consequences for everyone involved…’ 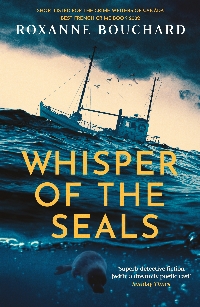 In Whisper of the Seals, by Roxanne Bouchard, we’re reunited with DS Joaquin Moralès and fisheries officer Simone Lord, a few months after the events of The Coral Bride. Moralès is on a winter break that combines cruising and skiing, but is struggling to keep his mind off work, his impending divorce, and his attraction to Lord. Lord, meanwhile, has been assigned to accompany a rag-tag group of men on a sealing trip in difficult conditions.

While The Coral Bride was a marathon where Moralès painstakingly pieced together the story of a murder victim’s life and the social and historical background that shaped it, Whisper of the Seals is more of a sprint, demonstrating the author’s immense talent in both styles of storytelling, as well as David Warriner’s translation skills.

From the outset, it’s obvious that at least one of the men on board the Jean-Mathieu with Lord is deeply unpleasant, and it’s not long before it becomes apparent he’s not the only one. Virtually every scene on board the trawler drips with menace and tension, and even though I knew Lord was more than capable of holding her own and defending herself if it came to it, I was still so scared for her the whole time.

Like The Coral Bride, Whisper of the Seals immersed me in an unfamiliar and fascinating sea-dependent way of life. This time it’s seal hunting, and as with lobster fishing in the previous book, it’s a high-risk, precarious way to make a living that is integral to many of its practitioners’ identities. However, that’s not the only purpose of the Jean-Mathieu’s journey, increasing the chances that Lord will come to harm.

Bouchard’s descriptions of the sights, sounds, and smells of a seal hunt are unflinching and gruesome, but you’re also made aware of the reliance of seal-hunting communities on the money it brings in. The story of skipper Bernard Chevrier, the least objectionable person on the Jean-Mathieu, particularly shows how it’s a traditional trade that runs in families, with children being aware of it from an early age.

Some other things I enjoyed about this book were being reminded of Constable Érik Lefebvre’s stacking of random nearby objects as a way of helping himself think, seeing the connection emerge between the case forensic psychologist Nadine Lauzon was working on and some of the characters on the trawler with Lord, and Moralès throwing his weight around when this connection became obvious.

Without giving too much away, the ending of this book is emotionally devastating. It’s a huge credit to Bouchard that her writing provokes such a reaction, but I did want to wail at her, ‘whyyyyyyyyy have you broken my heart like this?!’

Whisper of the Seals is a stark and brutal thriller that drips with menace and tension. 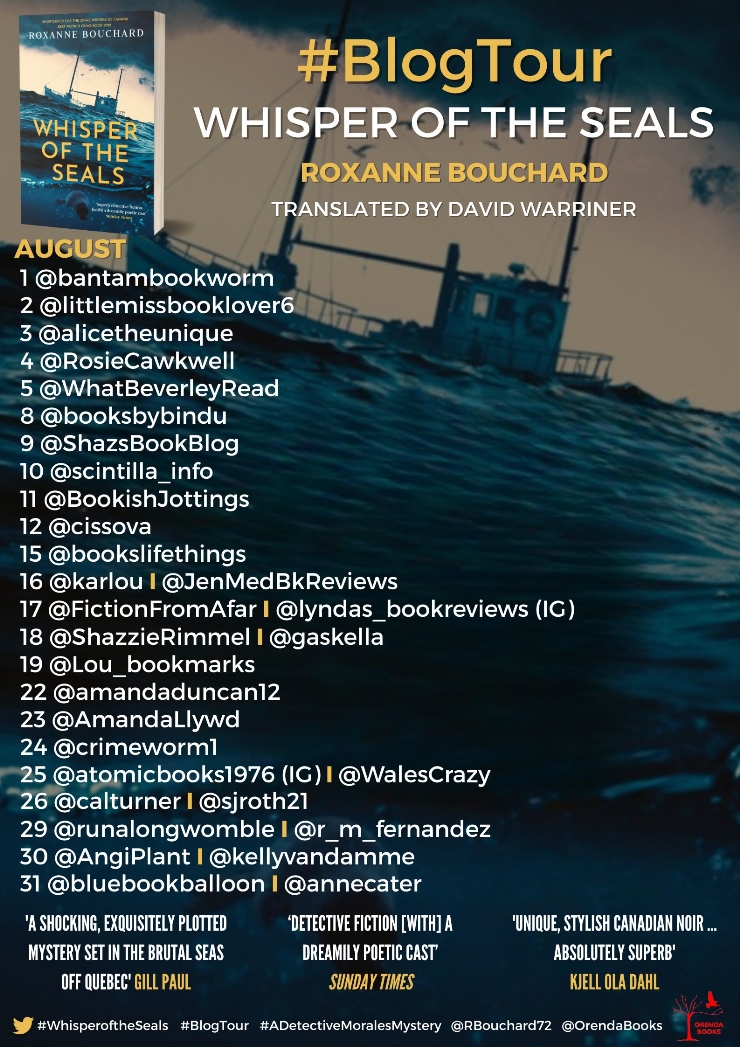