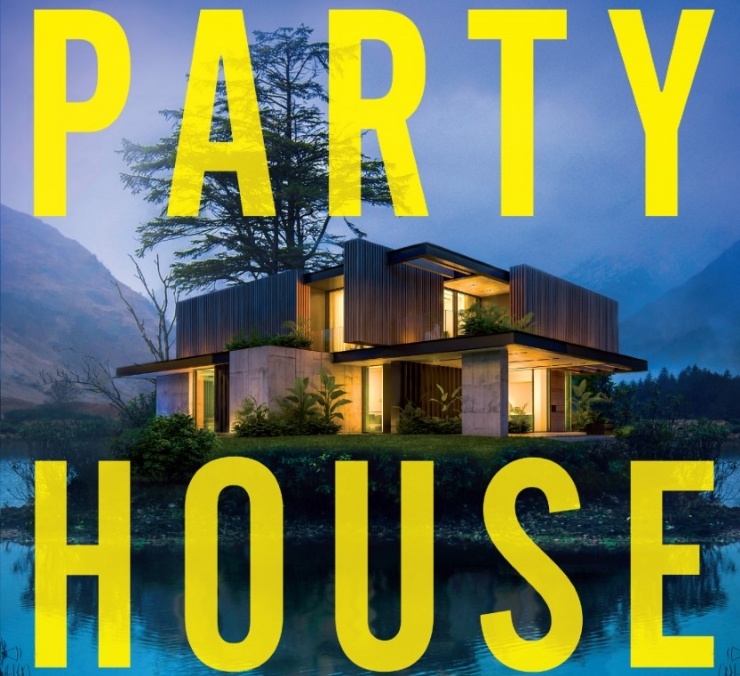 ‘Devastated by a recent pandemic brought in by outsiders, the villagers of Blackrig in the Scottish Highlands are outraged when they find that the nearby estate plans to reopen its luxury “party house” to tourists.

‘As animosity sparks amongst the locals, part of the property is damaged and, in the ensuing chaos, the body of a young girl is found in the wreck. Seventeen-year-old Ailsa Cummings went missing five years ago, never to be seen again – until now.

‘The excavation of Ailsa’s remains ignites old suspicions cast on the men of this small community, including Greg, the estate’s gamekeeper. At the beginning of a burgeoning relationship with a new lover, Joanne, Greg is loath to discuss old wounds.

‘Frightened by Greg’s reaction to the missing girl’s discovery, Joanne begins to doubt how well she knows this new man in her life. Then again, he’s not the only one with secrets in their volatile relationship…’ 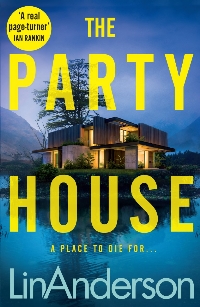 The Party House, by Lin Anderson, is a quick page-turner that nonetheless packs a lot in, covering the COVID-19 pandemic, greed and entitlement, abusive and toxic relationships and, at the heart of the story, murder.

Authors have been divided over whether to refer to the pandemic in their books, or skip over it altogether. Some feel it’s still too close and raw for them to write about coherently, and that people don’t want to be reminded of it when reading for pleasure.

Others argue that it would be strange and jarring to leave it out, seeing as it affected everyone’s lives for such a long time. Anderson’s approach to covid in The Party House is inventive, thought-provoking, and engaging.

People living in the fictional Highland village of Blackrig were already disgruntled that the opaque Global Investment Holdings had taken over the estate of the late, much-loved eccentric Lord Main.

When a group of rich holidaymakers broke lockdown to run wild in the eponymous house (upper-class people believing rules are for other people and not seeing the problem - who’d have thought?), they brought the virus with them, and six locals - five of them children - died as a result.

The villagers are therefore understandably highly opposed to the house being used for this purpose again. When a group of locals show their displeasure by vandalising its hot tub, they uncover the remains of 17-year-old Ailsa Cummings, who disappeared five years previously.

This gruesome discovery causes tensions within the village itself. Ailsa was popular among Blackrig’s menfolk, so it seems reasonable to assume her murder was a crime of passion committed by one of their number.

One suspect is gamekeeper Greg Taylor, who’s already in a tight spot as he’s divided between loyalty to the place he’s lived for most of his life, and reliance on his employers, particularly the odious Aiden Stratton, who is not only staying at the Party House but is also the CEO of Global Investment Holdings.

As we follow Greg for a great deal of the story, we’re aware there’s something he’s holding back about Ailsa’s death - but does that mean he did it? My curiosity about his role certainly kept me whizzing through the chapters.

Just to complicate things further, Greg has a new girlfriend, blogger Joanne Addington. After a whirlwind romance at a trade show in London, she’s come up to Blackrig for an indefinite stay, largely to escape her violent partner, Richard.

But with Greg having a bit of a temper on him and being a person of interest in a murder case, and Greg’s former girlfriend Caroline acting strangely, has Joanne jumped out of the frying pan into the fire? And will Richard track her down? The number of ways Joanne’s story could turn compelled me to keep reading.

I also enjoyed experiencing the beauty of the local landscape through Joanne’s eyes as an outsider visiting for the first time. I do feel like more could have been made of her profession as a blogger, though.

This might have been achieved with additional excerpts from her posts, as well as references to the opportunities and experiences her job gave her, and details of how she managed to continue to blog, and promote her writing, while in a secret location away from the heart of the PR action.

The Party House is a compelling, fast-paced and timely read, perfect for holidays or staycations. 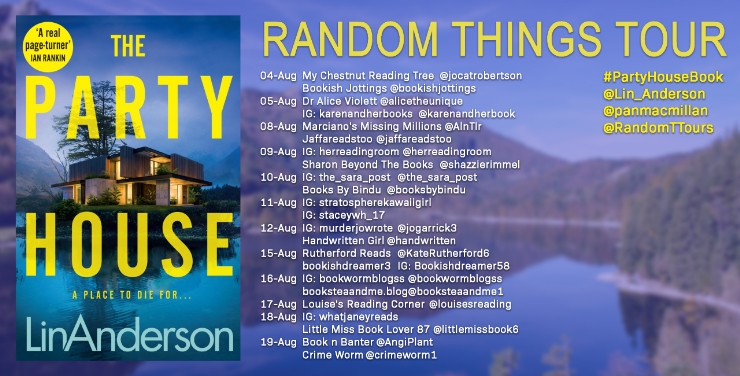