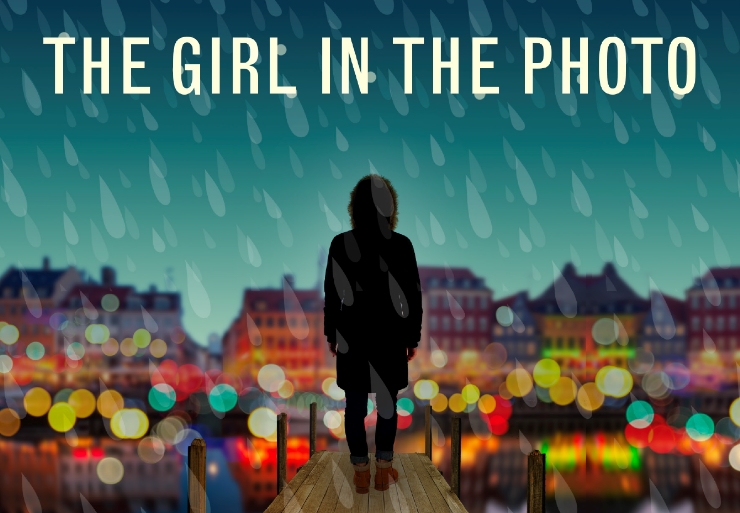 ‘When ninety-year-old Irene Valborg is found brutally murdered in an affluent suburb of Copenhagen, her diamond necklace missing, it looks like a burglary gone wrong.

‘When two more victims are attacked, the police lament a rise in violence against the elderly, but who is the young girl in the photo found by DI Henrik Jungersen on the scenes of crime?

‘Questioning his own sanity, while trying to fix his marriage, Henrik finds himself once more pitched in a quest for the truth against Jensen – the one woman in Copenhagen he is desperate to avoid.’ 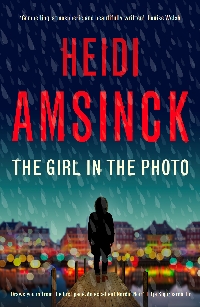 In The Girl in the Photo, by Heidi Amsinck, we follow DI Henrik Jungersen as he investigates a number of homicides of older people. Henrik finds a photo of a mystery teenage girl near each of the victims and is convinced this is an important clue, but his colleagues aren’t so sure.

Meanwhile, the daughter of one of the victims hires journalist - and Henrik’s former lover - Jensen to find a necklace belonging to her murdered mother. Jensen is also looking into the apparent suicide of a man who was defrauded by a dodgy accountant, and is at a crossroads in her life personally and professionally. What’s more, she’s taken her former editor Margarethe’s 17-year-old stepson Gustav under her wing as an apprentice, and he has a troubled past he’s reluctant to go into.

I really enjoyed The Girl in the Photo. I found the main premise - that there’s a photo of the same unknown girl at three seemingly otherwise unconnected crime scenes - thrillingly spooky, and it was so satisfying to watch the protagonists figure out who she was, and piece together the very dark and sad story of her and her family.

Jensen’s other investigation is also deliciously unnerving, as she tries to trace a nefarious bookkeeper who’s put the frighteners on people to prevent anyone from tracking him down. It looks like this is going to be part of a longer story arc, so I look forward to seeing what happens in the next book in the series.

As with many Nordic Noirs, I relished the opportunity to “visit” a Scandinavian city - in this case, Copenhagen. I was particularly taken by the description of the view of Christianhavn from Jensen’s bijou new rental flat, and found it interesting to follow the characters to different locations as part of their work. I could very much imagine the various scenes, in the classic muted tones of TV series from the same genre, of course!

Obviously Henrik and Jensen have history, and I haven’t read the previous book, My Name is Jensen (yet!), but there were enough references to their past for that not to be an issue. I enjoyed getting to know them and their backstories, especially Jensen, who has a lot to her. As this is only the second book so far, I sense there’s a great deal to look forward to in terms of what more we’ll discover about her character, and what avenues the author will take her down.

The Girl in the Photo is intriguing, haunting, and vivid. 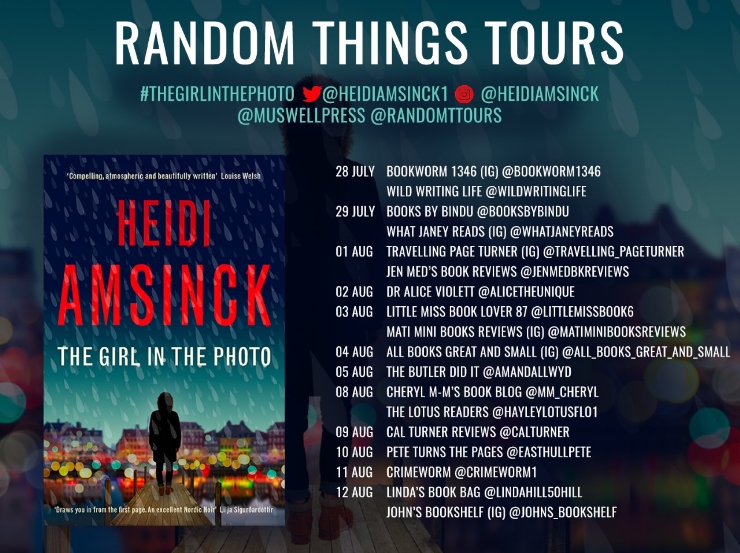 Share: Twitter Facebook
← What I read in July 2022, and my experiences at Primadonna Festival! | Whisper of the Seals by Roxanne Bouchard, translated by David Warriner →
Alice Violett's Picture