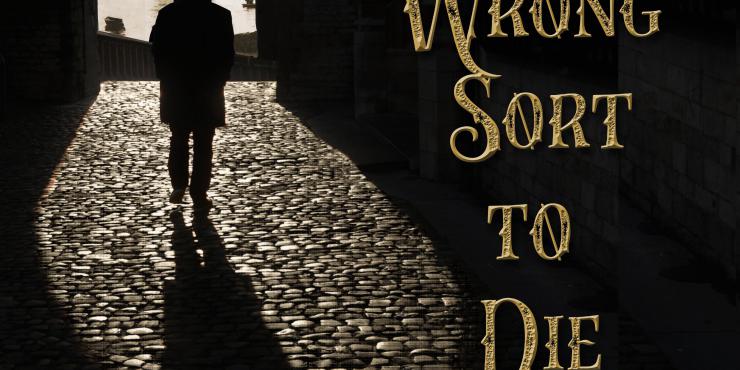 “June 1910. Fighting her corner in a man’s world, Dr Margaret Demeray works as a pathologist in a London hospital for the poor. Suppressing her worry that she’s breaching confidentiality, Margaret gives a stranger called Fox information about a dead down-and-out, in the hope he’ll use it to raise awareness of bad working conditions.

“But when a second man appears to die the same way, Margaret starts to wonder why the enigmatic Fox keeps turning up to ask ever more complex questions.

“She decides to work alone, uncertain of his motives and wary of her attraction to him. Once she starts investigating however, her home is burgled, she’s attacked in broad daylight and a close friend becomes distant. Fox offers the chance to forge an alliance, saying he knows why the men have died but needs her to find out what is killing them and who is behind it.

“Yet how come the closer she gets to him the more danger she faces? And how can a memory she’d buried possibly be linked to the deaths?

“Margaret must discover the truth before someone - known or unknown - silences her for good.” 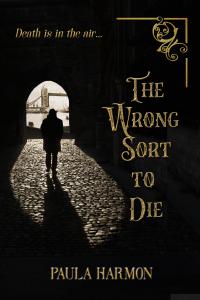 In The Wrong Sort to Die, author Paula Harmon brings together a set of ingredients I love to see in a book: a baffling mystery, rich social history, and a brilliant yet nuanced main character.

For Dr Margaret Demeray, pathology isn’t just a job: when a dead man’s lungs show signs not only of tuberculosis, but also a mystery ailment, she’s not willing simply to attribute his death to TB and move on. The case pulls at her not only because she’s conscientious, but because she has a special interest in improving the living and working conditions that too often result in horrible respiratory illnesses and deaths among the poor.

Her curiosity and concern grow further when Fox suddenly appears in her life, a similar death occurs, and she finds herself in danger from individuals who would rather she didn’t uncover the truth. Like Margaret, the reader doesn’t find out what exactly happened to the victims, or who the villain is right until the end of the story - I certainly didn’t manage to guess!

I really enjoyed the social history element of this novel. Harmon brings key issues of the day such as slum and workhouse conditions, the desperation of people in poverty, eugenics, and the women’s suffrage campaigns to life by making them part of the characters’ everyday experiences. Margaret goes out and sees workhouses and the people in them for herself, has to contend with others in her profession who believe the poor are expendable, and is continually frustrated by sexist attitudes.

I felt so enraged on Margaret’s behalf whenever someone assumed a junior male colleague was her senior, or suggested she should leave the profession she loves to get married, have children and run a household. And with so many awful men around her, it’s easy to suspect the wrong person of having a hand in the mysterious deaths.

Margaret herself is a complex, likeable character. While she’s strong and determined, as evidenced by her success as a socially-conscious female doctor in a highly patriarchal world and her refusal to be cowed by attempts to silence her and stop her investigation, she has a vulnerability at her heart.

Some years previously, she married a man she loved against her family’s wishes, only to find that their suspicions were right and he just wanted her money. Even so, she was shaken by his subsequent death from apparent TB while living in a slum area, and retains some feelings for him, as well as misplaced guilt. For this reason, she’s hesitant to trust Fox, and it’s interesting to see their relationship develop in fits and starts.

On top of this, we get to see a fun side to Margaret when she’s with her family and friends. The love and care between them is heartwarming, the interactions between them are a real balm to the more hostile encounters she experiences, and you get to see that she enjoys a laugh and a joke.

The Wrong Sort to Die is an exciting mystery that brims with social history and features a brilliant, nuanced heroine. 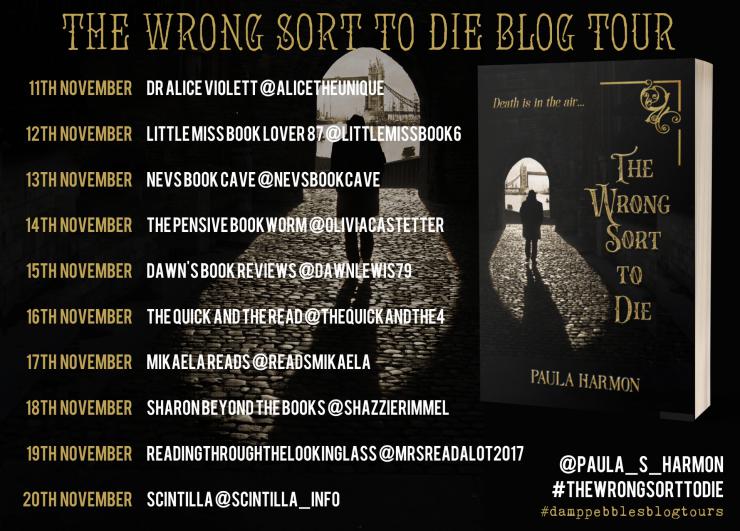