“2020 was supposed to be a great year. Unfortunately, Tom Cooper, like the rest of the world, has found himself stuck in the middle of a pandemic. He’s going to be spending the next few months trapped inside a small flat with sole responsibility for his two single digit children. 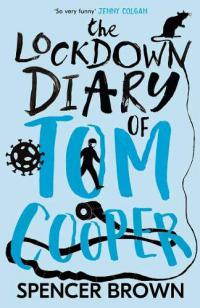 Writing this review at the beginning of a second full lockdown, it’s already surreal to look back on the characteristics of the first one, as Spencer Brown does in the hilarious The Lockdown Diary of Tom Cooper. You can’t help but feel as though, if this book was pitched in the old times speculating ‘what if British people were forced to stay at home to avoid getting sick?’, it would be dismissed as too far-fetched, yet here we are!

Brown takes tensions in supermarkets, competitive NHS appreciation and Zoom disasters to funny and absurd conclusions as hapless middle-aged dad Tom tries to help several elderly neighbours but gets judged by other shoppers who think he’s stockpiling, covers his windows with so many coloured-in rainbows that there’s no natural light in his flat, shows colleagues aspects of his home life he didn’t mean to, and much more.

This book brings home (no pun intended) how weird it was that we were expected to try to carry on as normally as possible without going out, and how the restrictions made previously straightforward tasks so difficult. It also reminded me how strangely illicit it felt to go outside during this period, even though it was within the guidelines!

Tom gets off pretty lightly in terms of disruption from his four- and seven-year-old children, who don’t seem to need constant supervision or be prone to interrupting at inopportune moments, and come out with some adorable and hilarious things. Nonetheless, he doesn’t get much sympathy or slack from his employers, culminating in an excruciating exercise in filming a sofa advert over Zoom. When son Arthur’s first tooth falls out, Tom panics because he only has a £10 note and no way of breaking it into change, then finds himself in a rib-tickling spiralling exchange of letters with him in the guise of a slightly inappropriately-named tooth fairy.

It’s not all comedy disasters, though - there are some really tender and tense sections as relationships are tested to their limits and the characters are reminded of the reason for the lockdown: a virus that could take away their loved ones. We see Tom’s friends’ strong marriage shaken as they can’t escape from one another, Tom worries whether his budding romance with Amanda can survive as they’re stuck apart, and he painfully regrets being snippy with his mum when she falls ill. You can forgive the characters for their behaviour when they’re under so much pressure, and hope they’ll make it through okay.

The Lockdown Diary of Tom Cooper is a very humorous take on a strange time in all our lives. I hadn’t read the previous book in the series, The Rebuilding of Tom Cooper, but I’ve bought it and will be reading it to bring some much-needed humour and lightness to this new lockdown. 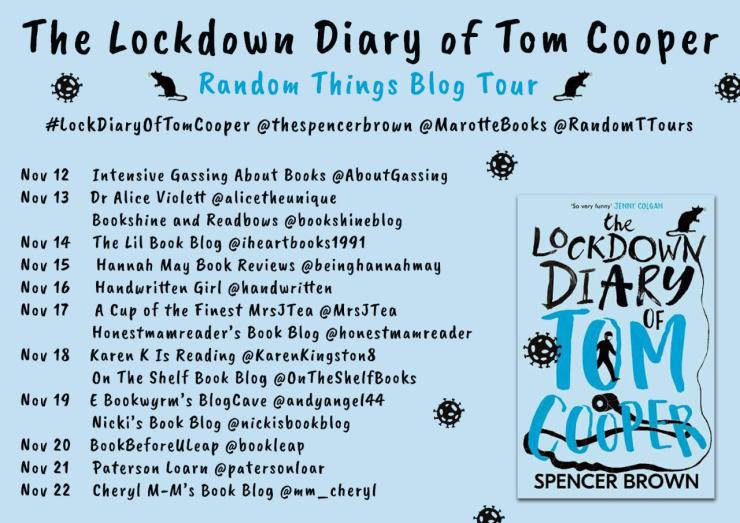