“A murder victim, a deserted airfield, a sinister project. Can Terry untangle the mystery before someone else dies?

“Asked to investigate the death of a building contractor, taxi-driver and amateur sleuth Terry Bell thinks the dead man’s widow may be wasting her money. But when the trail leads to an old airfield and a brace of brutal thugs, he begins to wonder what they’re trying to hide.

“Tracking down one of the builder’s former workmates, Terry finds him unwilling to answer questions. When the man is beaten up, the canny cabbie gets a visit from his favourite detective inspector. But DI Charis Brown and her latest sidekick seems determined not to get involved. Until the man is attacked again…

“In this murder/mystery series set on England’s north-east coast, Six Feet Under is book #4 in the Terry Bell Mystery series.” 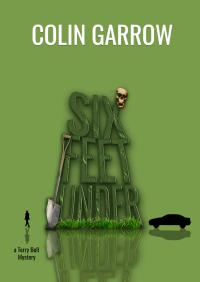 In Six Feet Under, by Colin Garrow, taxi-driving private investigator Terry Bell travels to various locations in the north-east on the trail of a long-hidden secret.

I found the author’s descriptions of the different places - from spit-and-sawdust pubs, to open countryside, to the disused bunker where recently deceased builder Ravi and his colleagues were contracted to work for persons and purposes unknown - really vivid and easy to picture in my head.

The idea of a bunker that had been sealed off since the end of World War II really captured my imagination because it was so eerie and provided so much potential for shenanigans. Without giving too much away, the cover-up and long-brewed conspiracy at the heart of the mystery was really interesting, and deeply poignant as well.

I loved the characters of Terry and his romantic partner and colleague Carol. They’re down-to-earth, warm and friendly. At the same time, though, they’re cynical and shrewd enough to know when they’re being spun a line by an interviewee or the police, and refuse to blindly do what they’re told. Their relationship is really sweet, and they work well together as a team.

Terry and Carol find themselves in danger at a number of points throughout the story, which really ramps up the suspense, and you really hope they’ll come through okay because they’re such sympathetic characters.

Six Feet Under is a quick, intriguing mystery with warm, down-to-earth characters. 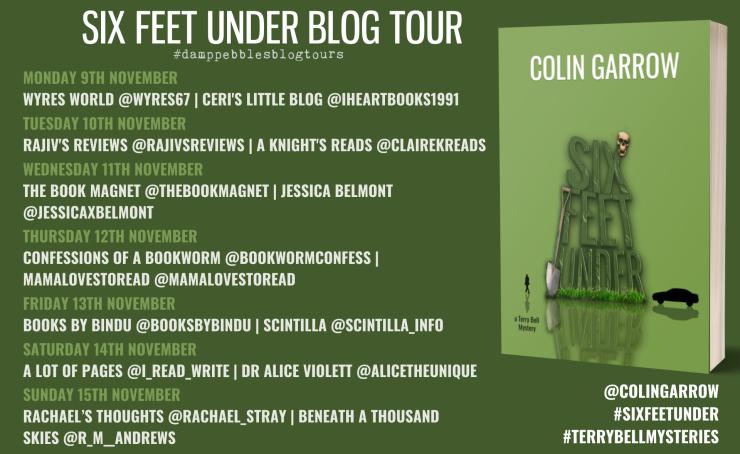