“When an abandoned lobster trawler is found adrift off the coast of Quebec’s Gaspé Peninsula, DS Joaquin Moralès begins a straightforward search for the boat’s missing captain, Angel Roberts – a woman in a male-dominated world. But Moralès finds himself blocked at every turn – by his police colleagues, by fisheries bureaucrats, and by his grown-up son, who has turned up at his door with a host of his own personal problems.

“When Angel’s body is finally discovered, it’s clear something very sinister is afoot, and Moralès and son are pulled into murky, dangerous waters, where old resentments run deep…

“The Coral Bride powerfully conjures the might of the sea and the communities who depend on it, the never-ending struggle between the generations, and an extraordinary mystery at the heart of both.” 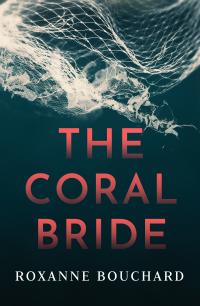 The Coral Bride has a crime at its heart, but the story is more of a deep dive into the relationships between the different characters. These include the relationship between DS Joaquin Moralès and his adult son, Sebastien, who is at a turning point in his life, their dying relationships with their partners, and the new connections they make at the Gaspé Peninsula.

We also learn about the relationships the dead captain, Angel Roberts, had with the people in her life, and the interplay between her family and others who fish in the area. The focus on interaction and figuring things out by talking to and observing people, rather than constant action, reminded me of Tana French, whose novels I love. Even so, there’s a lot of suspense, and a number of red herrings - I thought I’d figured out who was responsible for Angel’s death, only to be completely surprised!

I was fascinated by the lives and work of the fishing families, who are bound together by the sea, yet harbour rivalries dating back years. Some locals still hold grudges against the Roberts family for their ancestors’ actions! As a female captain, Angel faced a lot of opposition and even sabotage from people who opposed a women working at sea. Even relationships within her family are far from harmonious; her father didn’t want any of his three children going to sea, and while he did front them the money for their trawlers, they had to pay him back with extortionate interest.

Over the course of the novel, you watch Joaquin and Sebastien develop a better understanding of one another and accept their own shortcomings. Seafood is a big theme - as in Miss Graham’s Cold War Cookbook, by Celia Rees, a lot of the scenes whether the characters learn new things from, and about, one another, and advance the plot take place while they’re cooking or eating local delicacies. This also reinforces the importance of fishing to the local community.

I did find Moralès senior and junior a little problematic at times - both have a weird obsession with fishery officer Simone Lord’s C3 vertebra, and Sebastien sees yoga instructor Kimo as a challenge because she isn’t immediately receptive to him - but overall, they are sympathetic characters. There’s also light relief from secondary characters Constable Érik Lefebvre, who has a novel way of committing information to memory, Thérèse Roch, the world’s least helpful police station receptionist, and delightfully batty clairvoyant Dotrice Percy.

The Coral Bride is an absorbing and intense literary crime novel. 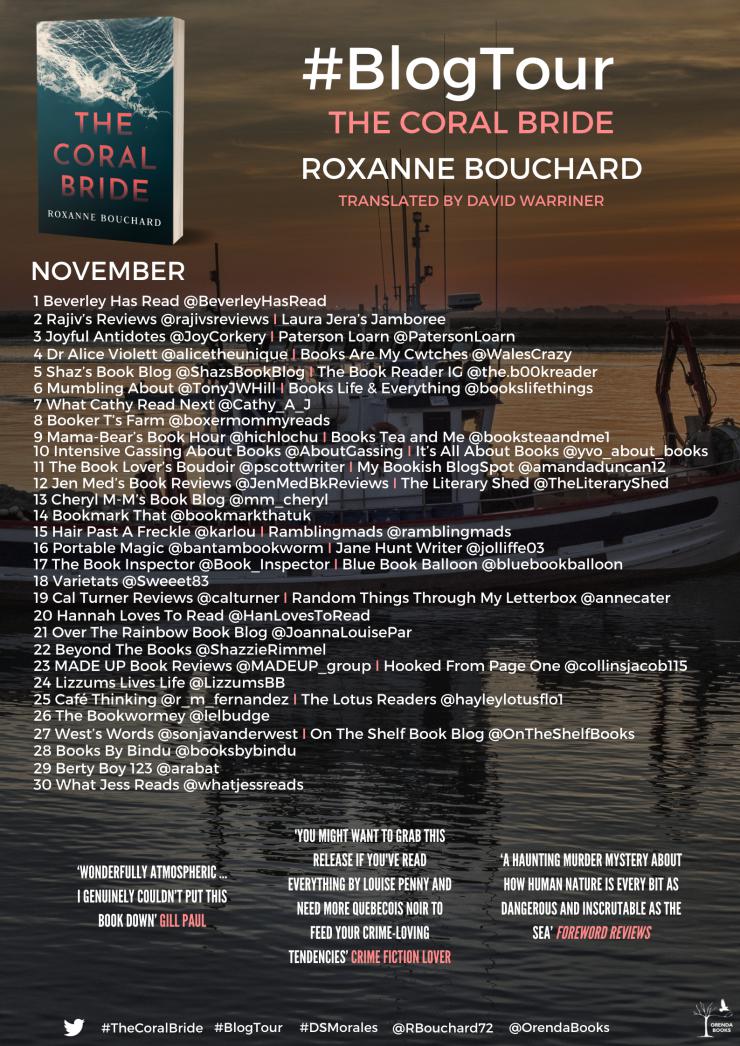