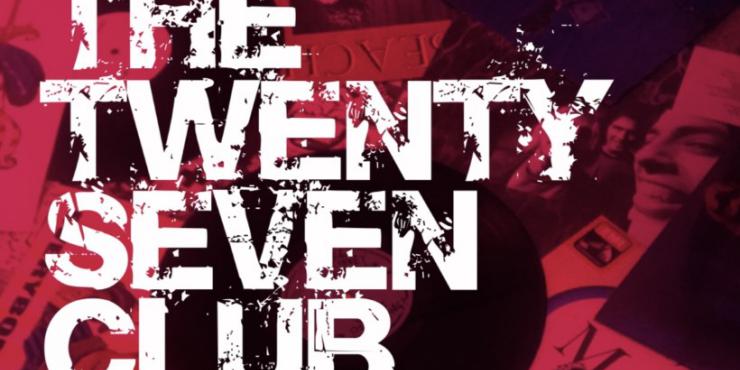 “It’s 1994. The music industry is mourning Kurt Cobain, Right Said Fred have re-emerged as an ‘ironic’ pop act and John Major is the country’s prime minister. Nothing is as it should be.

“Emma, a working-class rock music fan from Hull, with a penchant for a flaming Drambuie and a line of coke with her best mate Dave down The Angel, is troubled.

“Trev, her beloved whippet, has doggy IBS, and her job ordering bathroom supplies at the local caravan company is far from challenging. So when her dad, Tel, informs her that Kurt Cobain has killed himself aged 27, Emma is consumed with anxiety.

“Janis Joplin, Brian Jones, Jim Morrison, Jimi Hendrix… why have so many rock musicians died aged 27? And will Emma be next to join The Twenty Seven Club?” 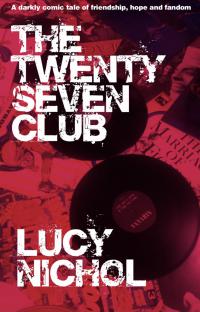 I really enjoyed The Twenty Seven Club by Lucy Nichol - I read it in one day, even staying up past my bedtime to finish it! I loved being privy to Emma’s stream of consciousness over the course of the story. Her voice is so funny, endearing and human, as you can see when her best intentions repeatedly go awry. There were so many moments where I laughed out loud at things that happened, as well as things Emma thought or said.

But the reader is also witness to Emma’s fraying mental state. While the primary trigger point is Kurt Cobain’s suicide, there are a few other events in the novel that signal big shifts in her life, and all of this brings anxiety and unresolved issues from her childhood to the surface. The reveal of what Emma had been pushing down for so many years is breath-taking and heartrending, and it explains so much about her.

I could really relate to Emma’s thought patterns. Seeing her getting bogged down in black-and-white thinking and obsessing over the negatives while disregarding the positives (for example, thinking of all the artists who died aged 27, and not the ones who hadn’t), which I also tend to do, was so validating. I found the conclusions she was working towards at the end of the novel comforting and reassuring.

The ’90s setting of the book was something I also found comforting. Even though I was a bit young at the time for the music Emma listens to, the pop culture references took me back to a period when the world felt safer and more predictable. I appreciated the Right Said Fred cameo because I was randomly obsessed with them for a short time when I was five!

The feelings of comfort The Twenty Seven Club evoked in me might be because at that time I wasn’t aware of current affairs, and hadn’t yet encountered any real/insurmountable adversity, though. Nichol doesn’t paint the ’90s as a halcyon period by any means - Emma would probably quicker to realise that it was panic attacks she was experiencing today, being gay is still something to hide, and sexual harassment goes largely unchallenged. There’s no love for the Tory government, although at least then they were more dreary than dangerous. I very much enjoyed the wry nods to subsequent developments!

The Twenty Seven Club is an insightful, comforting and funny novel that I adored. 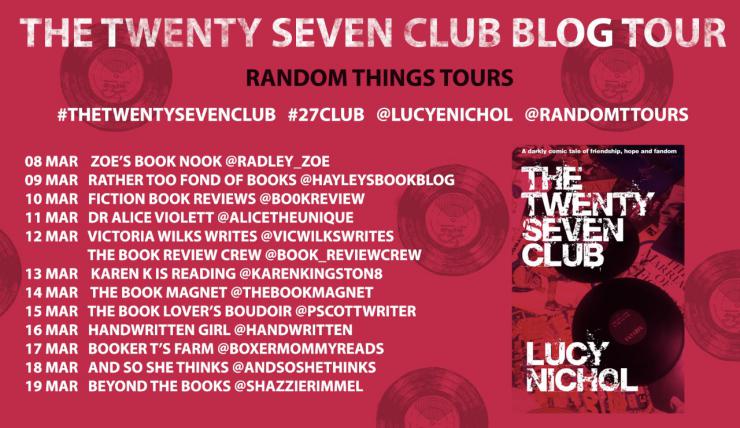