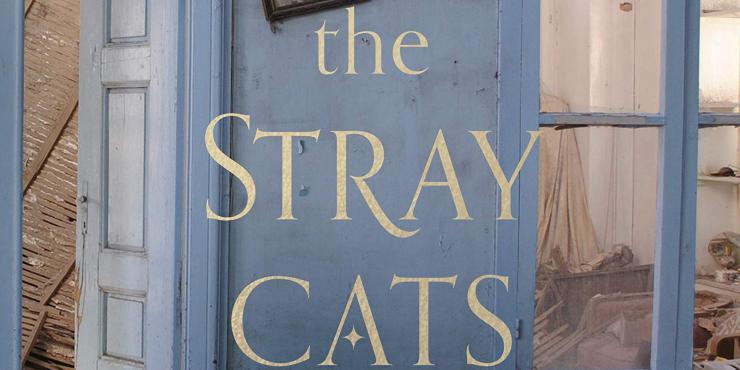 “Sami’s childhood is much like any other - an innocent blend of family and school, of friends and relations and pets (including stray cats and dogs, and the turtle he keeps on the roof). But growing up in one of the largest cities in Syria, with his country at war with itself, means that nothing is really normal. And Sami’s hopes for a better future are ripped away when he is conscripted into the military and forced to train as a map maker.

“Sami may be shielded from the worst horrors of the war, but it will still be impossible to avoid his own nightmare…” 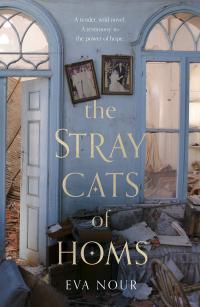 The Stray Cats of Homs follows the story of Sami from the age of seven to his late 20s. In a lot of ways, he’s an everyman: we watch him growing up in a loving family, squabbling with his three siblings, making friends but otherwise having an unremarkable time at school, getting his first part-time job and car, going to university to study IT, meeting his first girlfriend, and starting an internet company with a couple of other young men.

However, this is Syria: each school day starts with a declaration of submission to President Bashar al-Assad, people live in fear because ‘the walls have ears’ and criticising the government can get you killed, private internet companies are in fact illegal, and civil war breaks out when Sami is in his early 20s. He is forced into National Service just as things are hotting up, and returns to civilian life to find his neighbourhood under siege; food is increasingly scarce, there are regular bombings, and if you try to escape, there’s a good chance you’ll be shot by a regime soldier.

The author’s approach of telling Sami’s story virtually from the start is effective for a couple of reasons. By seeing the civil war unfold in ‘real time’, you get a primer, should you need it, on the situation in Syria, avoiding an info dump. It also helps you grow close to Sami, his family, and his friends, so you feel all the more shocked and devastated when characters you’ve come to know and love are displaced, arrested and tortured, or killed.

As mentioned above, Sami is a fairly ordinary man who is just trying to survive the war. He hates the idea of fighting and resents having to do National Service, but sticks it out in order to avoid being hunted by the regime. He chooses to stay in Homs, but his role in the rebellion is the relatively quiet (though still risky) one of taking photos to document the conflict and sell to foreign news agencies. He gets so malnourished that he comes close to giving up completely.

Sami’s biggest virtue is that he stays kind, generous and human in spite of everything: he continues to care for stray animals, including some kittens he finds in the wreckage of his family’s home, sets up a makeshift school with one of his friends, and never entirely gives up hope of foreign intervention, or of being reunited with his parents, who have fled Homs. This is a balm as well as a sharp contrast to the shocking treatment many of the characters experience at the hands of the regime, which is the absolute worst of humanity, and hard to read but important to know about.

I didn’t actually realise Sami was based on a real person until I got to the author’s note at the end. The author, a Swedish journalist writing under an assumed name, met him when he had just arrived in Paris as a refugee, and they became a couple. This makes it all the more impressive that she portrays the worst times of his life, and the between-a-rock-and-a-hard-place decisions he still agonises over years after the fact, in such an honest, matter-of-fact way.

There are occasional italicised passages in the book which indicate that Sami is telling his story to another person. They also reflect upon the nature of memory and how possible it is to relay traumatic experiences. As someone who has studied memory and the presentation of life stories, I found these hugely interesting and wish more had been made of them.

The Stray Cats of Homs is a shocking, moving and unforgettable account of an ordinary young man’s experiences of the war in Syria.