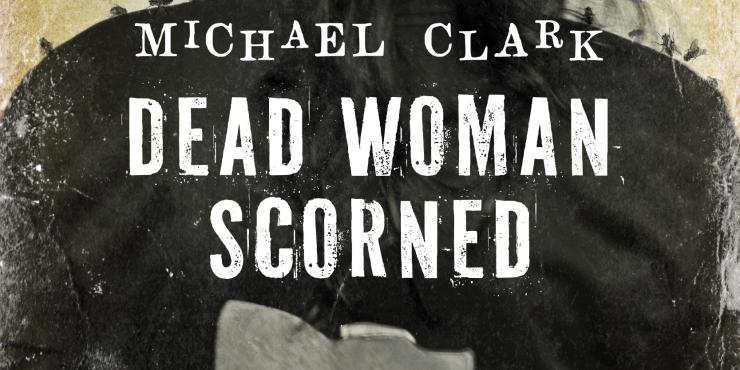 “She’s back, and they’ll regret what they’ve done.

“Mildred Wells had a miserable life that carried over to a lonesome death. In the end, they betrayed her - played her the fool. She was the last to know, but there’s still time to catch up. She’ll formulate her painful plan as they live their lives in blissful ignorance. With no more family, only vengeance drives her; in fact, it’s all she has anymore. She would rather have rested in peace, but for Mildred, dying isn’t so easy.”

Dead Woman Scorned is the sequel to The Patience of a Dead Man, a haunted house mystery I enjoyed a few months ago. Rather than rehashing the first novel, this time Clark takes us away from Lancaster Hill Road to tell us villainous ghost Mildred’s life story, before returning to the early 1970s and unleashing Mildred on several new characters. Tim, Holly, and the rest play a part, but for much of the book, they’re not being bothered by Mildred in the same way as they were in The Patience of a Dead Man.

I found Mildred’s backstory really interesting, with a lot of intriguing elements. We find out why she didn’t die properly: long story short, it involves growing up in a cult led by a cruel man hell-bent on becoming a revenant (a creature that continues to walk the earth after death, committing violent acts of revenge with the aid of witchcraft), a secret book that grows new pages as you master the spells held within, and a quiet, curious little girl then named Mary.

I was particularly fascinated by the spells, and what they enabled the characters to do, though I did have a little trouble suspending my disbelief regarding the cult itself. Before he even gets started with the spellbook, the leader, Gideon Walker, somehow manages to brainwash and subdue most of his female followers to such an extent that they can go through the worst experiences possible without massively kicking back against him. Even so, as the only person who resists his coercion and shows some spirit and resourcefulness, I couldn’t help but admire Mary, and cheer her on - even knowing what came later.

Back in the 1970s, we pick up where The Patience of a Dead Man leaves off. Mildred is no longer quite as bound to the house on Lancaster Hill Road as she was, but she still causes problems - directly and indirectly - for Tim and his family.

A particular thorn in Tim’s side is local cop Bob Simmons, who is obsessed with Mildred. Thanks to Bob, Tim suffers from unwanted attention from the media and paranormal enthusiasts, threatening his investment in the house. This element, along with the chaos Mildred continues to leave in her wake that has people scratching their heads, was what really made this book fly for me. It was also enjoyable to see Tim, Holly and the girls again, as they’re such likeable characters.

As with the previous book, Dead Woman Scorned could have used a little more editing in places to avoid over-explanation and telling instead of showing. Having the cult storyline in one place towards the start of the book did mean the whole revenant thing got a little lost at times later in the book. However, it does seem to get picked up again with the introduction of a new subplot that sets up for the third book, Anger is an Acid. This, along with a shock ending, means I’m very intrigued to see what happens next!

Dead Woman Scorned adds an interesting backstory and exciting new elements to The Patience of a Dead Man. 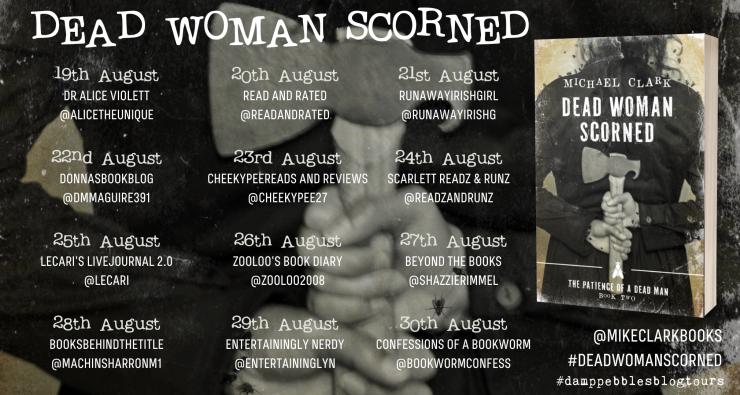