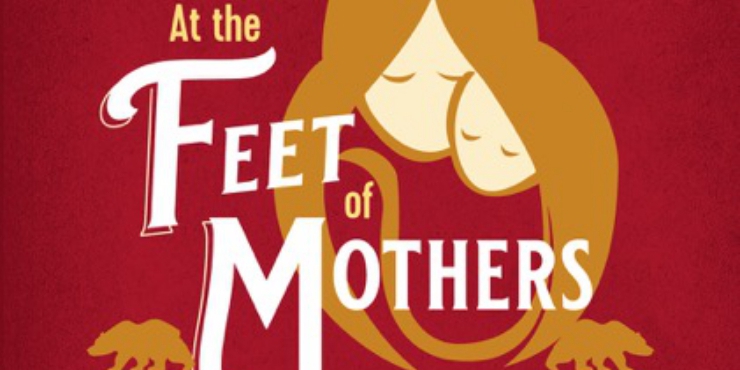 “Joseph Schneider grows up in a Cherokee-Jewish family in the Smoky mountains of North Carolina. He dreams of being a cook on the biggest ship there is in the world but his attachment to his mother Rachel and his rootedness to the little mountain village keep him from moving on.

“When his mother falls ill, she reveals she stole him from a Palestinian girl Aliya in the 80s when she volunteered at a hospital in Gaza. Joseph refuses to know anything more about his biological mother, but later, when Rachel dies, Joseph honours his promise to her and embarks on a painful pilgrimage to the holy land, a walk in the footsteps of his American mother and a search for Aliya.” 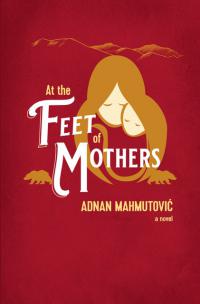 At the Feet of Mothers is an unusual adoption narrative. Joseph only goes to Gaza to look for his birth mother, Aliya, in the final third of the book, and reluctantly at that - he has no curiosity about his origins, but feels obliged to fulfil the deathbed promise he made to his adoptive mother, Rachel. The first two-thirds focus on his family life growing up, and how he deals with finding out about his true provenance.

This gives us the chance to really get to know him and become fond of his family: his full-on mother, amiable father, and indulgent older twin sisters. We experience the cosiness and tensions of his home, and witness how his Jewish-Cherokee heritage is an important part of his identity, for example, through the comforting rituals and meals of the household and the stories he tells tourists about his ‘Injun’ name, Ani’Tsa’guhi (Bear Boy). We also learn that he only has one eye, but this doesn’t seem to hold him back or mark him out as particularly ‘different’.

This makes it all the more heartbreaking when he finds out his origins aren’t what he always thought, and Rachel gets sick and dies. Without giving too much away, what he finds when he finally makes it to Gaza is profoundly moving and even made me want to cry a little.

It’s not just Joseph’s adoption narrative that is unconventional, though; Rachel’s motherhood story is also one you don’t come across in a lot of books. We learn that she left the family to volunteer in Gaza when the twins, Rebecca and Kathryn, were around eight years old, having never taken to motherhood or bonded with them properly. Rachel is also not a ‘typical’ mother in that she’s very forthright about bodies and sex.

By contrast, when Joseph is born as Yusuf to a desperate young woman, Aliya, in her hospital, Rachel falls head-over-heels in love with him. She does try to persuade Aliya to keep him, but not very hard - and it’s shockingly easy for her to get away with registering herself as his mother and taking him back to America.

It was really interesting and refreshing to read about a mother who doesn’t feel as she’s ‘supposed’ to, and how this impacts on the rest of the family, particularly when she returns home with baby Joseph - an impact he isn’t aware of until his teens, when she tells him the story.

There were other themes in this story that I also really appreciated. One is the kindness of strangers and unexpected friendships. Whether he’s dealing with the fallout of Rachel’s revelations in the mountains near his home, trying out life as a chef on an oil tanker, or undertaking his necessarily convoluted trip to Gaza, Joseph seems to make friends of all ages wherever he goes, and they provide him with both practical and emotional support.

Two other major themes are identity and inheritance. I found it interesting how Joseph still feels he is Jewish-Cherokee, and doesn’t feel at all Palestinian or any desire to go to Gaza in light of Rachel’s revelations. When he does go, he regards himself as following in Rachel’s footsteps and seeing what she saw, while looking for Aliya is more incidental. Even so, by the end, he comes to see elements of both women within himself.

At the Feet of Mothers is an unusual and moving story about family dynamics, identity and the kindness of strangers. 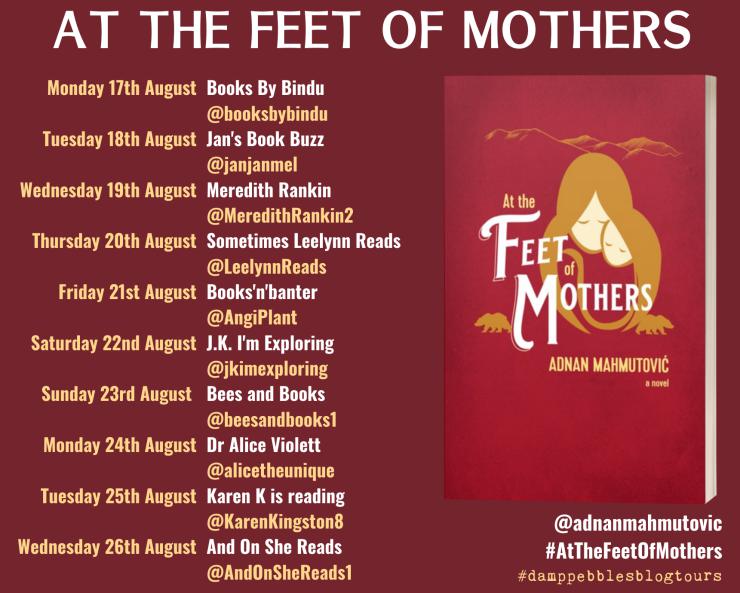