“As the age of the photograph dawns in Victorian Bath, silhouette artist Agnes is struggling to keep her business afloat. Still recovering from a serious illness herself, making enough money to support her elderly mother and her orphaned nephew Cedric has never been easy, but then one of her clients is murdered shortly after sitting for Agnes, and then another, and another… Why is the killer seemingly targeting her business?

“Desperately seeking an answer, Agnes approaches Pearl, a child spirit medium lodging in Bath with her older half-sister and her ailing father, hoping that if Pearl can make contact with those who died, they might reveal who killed them. 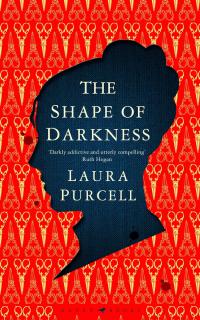 Laura Purcell’s new book The Shape of Darkness is a historical novel, gothic supernatural tale and murder mystery all rolled into one highly readable package. I absolutely zoomed through this book because there was so much going on, and the author has this brilliant knack of casually dropping bombshells and revealing brand new information (seriously, I had that Friends gif pop into my head when one revelation caught me completely off guard!) when you least expect it.

It’s hard to describe what happens without giving too much away - suffice it to say that there are enough twists and turns to make you dizzy (I did actually gasp at one point towards the end), and Purcell maintains her brilliant trademark of leaving it ambiguous as to whether or not certain events were human or supernatural in origin.

At the heart of the book are the séances where Pearl channels the dead and her older half-sister Myrtle performs mesmerism, as well as Agnes’ silhouette-making activities. I really enjoyed reading about these - the former because they’re so deliciously frightening, and the latter because they’re so incredibly interesting. I love following characters in books as they create art, and by showing Agnes doing her job, Purcell really gets across the level of skill needed to make silhouette portraits, and information about the different finishes, materials and equipment involved, without ever making you feel like you’re being lectured.

Something else that runs through The Shape of Darkness that particularly struck me was sadness. While it’s common knowledge that mortality, morbidity and accident rates were high in the first half of the nineteenth century, the way it pervades the lives of all of the characters really gets under your skin. I felt so much sympathy for Agnes and Pearl, whose experiences might have been so different had they not experienced such tragedy.

What with the constant weight of loss on the characters, the murders, and the séances, this book is a real memento mori that shows how close death was all the time during this period, and demonstrates why funerals and mourning were so visible and mediums were so popular. It also highlights the horrors of contemporary illnesses; as an example, Pearl’s father suffers from advanced fossy jaw, and Purcell doesn’t hold back in describing how horrible it is. She has form here, too - I’m still recovering from the gruesome birth scene in The Corset, which I read in 2018!

The Shape of Darkness is breathtaking, fascinating and achingly poignant. 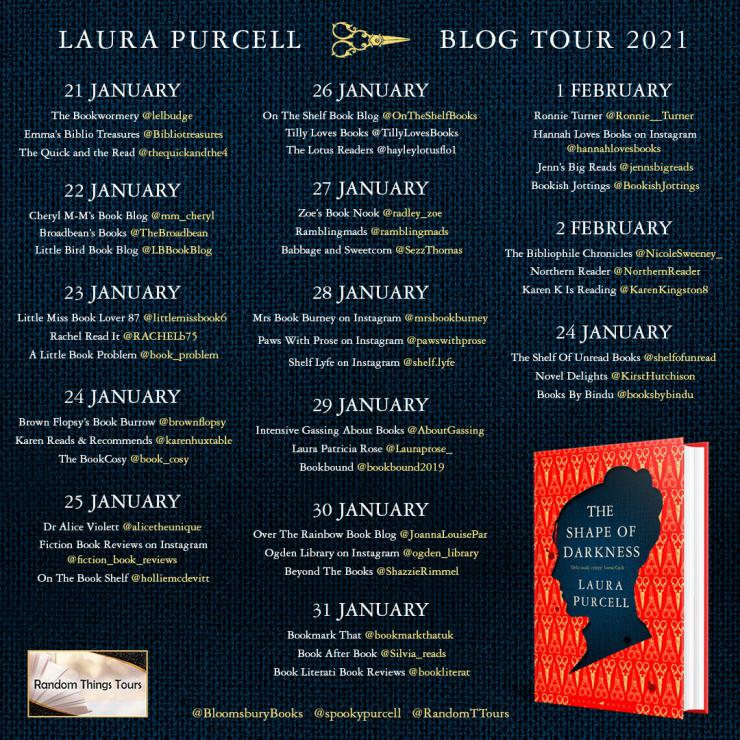