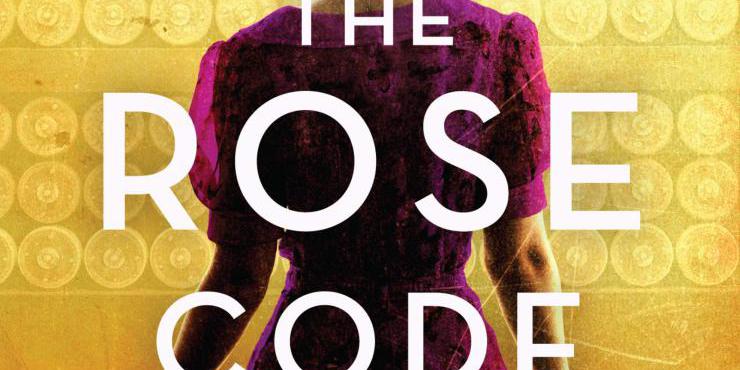 “Vivacious debutante Osla is the girl who has everything — beauty, wealth, and the dashing Prince Philip of Greece sending her roses — but she burns to prove herself as more than a society girl, and puts her fluent German to use as a translator of decoded enemy secrets. “Imperious self-made Mab, product of east-end London poverty, works the legendary codebreaking machines as she conceals old wounds and looks for a socially advantageous husband. Awkward local girl Beth, whose shy exterior conceals a brilliant facility with puzzles.

“1947. As the royal wedding of Princess Elizabeth and Prince Philip whips post-war Britain into a fever, three friends-turned-enemies are reunited by a mysterious encrypted letter – the key to which lies buried in the long-ago betrayal that destroyed their friendship and left one of them confined to an asylum. A mysterious traitor has emerged from the shadows of their Bletchley Park past, and now Osla, Mab, and Beth must resurrect their old alliance and crack one last code together…” 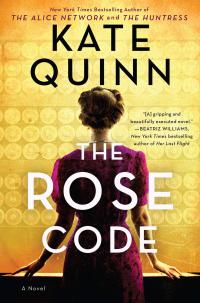 In The Rose Code, Kate Quinn paints a complex and captivating picture of life at Bletchley Park, where thousands of men and women worked day and night to decrypt enemy messages during World War II, potentially shortening the war by at least two years.

She goes beyond the enduring images of Alan Turing inventing the Bombe machine and cracking the Enigma code to the everyday lives of the people working there. These included long shifts; anti-social hours; work that could be highly tedious, physical, or challenging depending on which section you worked in; strict secrecy; and the friendships and romantic relationships that spring up everywhere, but were intensified by the disruptions and dangers of war.

Main characters Osla, Mab, and Beth would never have met, let alone become friends, in ordinary circumstances because they have such different backgrounds, personalities and skillsets. When Osla and Mab are billeted in the house Beth shares with her parents, through, they form intense bonds with one another - which makes their eventual falling-out and subsequent interactions super explosive.

I became attached to all three women as I followed their ups and downs and learned more about their lives before and after the war. I especially loved reading Beth’s storyline, though. Nowadays, she would probably be diagnosed as autistic - she finds eye contact and social situations difficult, struggles with the idea of bending rules, and doesn’t pay as much attention to her friends’ personal lives as they think she should - but in the setting of the novel, a lot of people see her as simply strange and rude.

It warmed my heart to see Beth find her niche working to break fiendish codes at Bletchley Park for hours on end, meet other people who shared her passion for puzzles, and be accepted more or less for who she was. The flipside was that I got really angry on her behalf when her bullying mother was so nasty to her, and when she found herself in an asylum where the staff mistreated her and the threat of worse treatment to come loomed over her. But it can only be a good thing that a book made me feel so many different things so intensely!

The story as a whole is exciting and fascinating, with big revelations that took my breath away, and the inclusion of incidental details that proved to be significant later on. I was on high alert throughout as I tried to guess who the traitor was, but I didn’t really have a clue until it was revealed. There’s also some really interesting social commentary, including considerations of the effects of war on how people conducted romantic relationships, and the continued shame of illegitimacy.

The Rose Code is an exciting, captivating and emotive wartime epic. 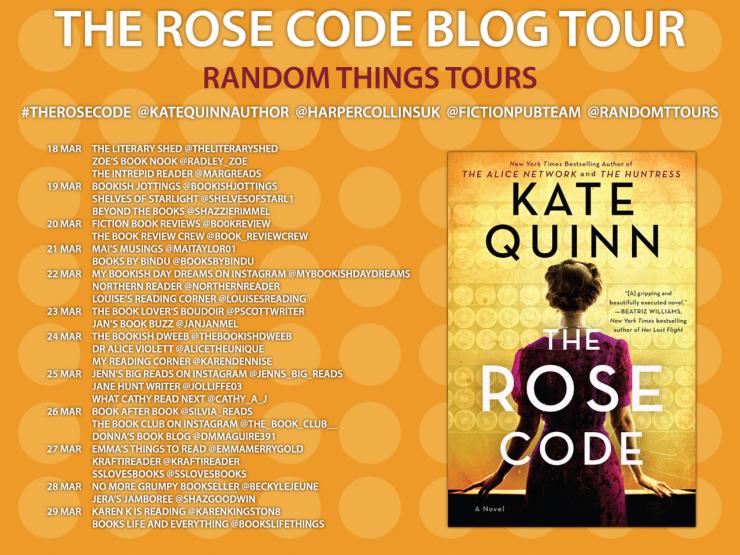