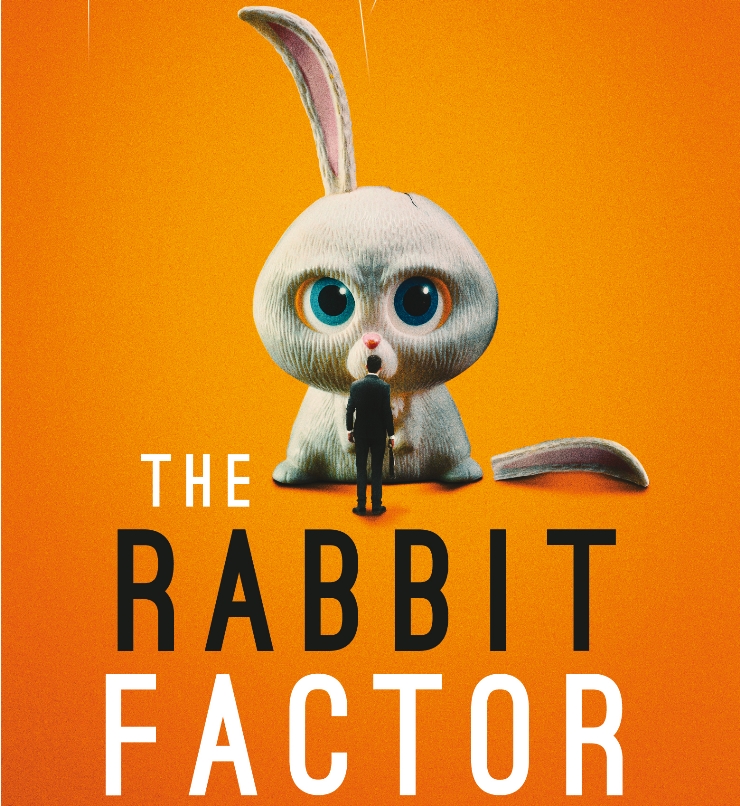 “What makes life perfect? Insurance mathematician Henri Koskinen knows the answer because he calculates everything down to the very last decimal.

“And then, for the first time, Henri is faced with the incalculable. After suddenly losing his job, Henri inherits an adventure park from his brother – its peculiar employees and troubling financial problems included. The worst of the financial issues appear to originate from big loans taken from criminal quarters… and some dangerous men are very keen to get their money back.

“But what Henri really can’t compute is love. In the adventure park, Henri crosses paths with Laura, an artist with a chequered past, and a joie de vivre and erratic lifestyle that bewilders him.

“As the criminals go to extreme lengths to collect their debts and as Henri’s relationship with Laura deepens, he finds himself faced with situations and emotions that simply cannot be pinned down on his spreadsheets… 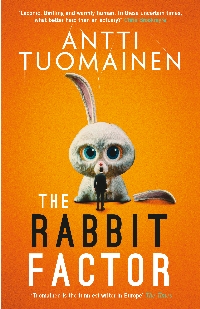 In The Rabbit Factor, by Antti Tuomainen, we meet Henri Koskinen, an actuary whose life is turned upside-down when he loses his job, then his brother Juhani dies, leaving him a children’s adventure park called YouMeFun, along with a mountain of debt.

It’s not long before some nasty men turn up demanding payment, and it’s down to Henri to find a way to raise the required funds while keeping the park up and running, at least until it’s in a financial position where he can sell it.

I really enjoyed this book because it was so entertaining. Through Henri, the author makes a number of astute observations about the world around us, from fashionable business practices to the ways of children and animals, that made me snort on several occasions!

At the same time, there’s a genuine threat from the story’s scary criminals. I was on the edge of my seat and worried for Henri whenever they turned up, and wondered how he could possibly get out of the situation. There are violent deaths that show just how much danger he’s in.

Even these scenes are lightened, though, by the descriptions of the low-lives’ characters, the places Henri finds himself with them, and the thoughts that go through his head. There’s a jam factory with a hilariously punny name, which must have taken some thought to adapt from Finnish to English.

I couldn’t help but warm to Henri and cheer him on. Although it’s not explicitly stated, he gives off big autistic vibes with his logical, systematic, and literal approach, putting me in mind of Don Tillman from Graeme Simsion’s The Rosie Project.

However, Tuomainen successfully avoids resorting to harmful stereotypes about lack of feelings and empathy, or an inability to read people, misdirect, or dissemble. Nor is Henri infantilised or portrayed as in need of protection; as he proves time and again, he’s more than capable of taking care of things himself.

As with the character of Sebastian in fellow Orenda author Louise Beech’s This is How We Are Human, it’s not that Henri isn’t a complete person or inherently lacking in any way at the start of the story. Rather, his developing feelings for Laura and, through her, discovering an appreciation for art, are add-ons that enhance his life.

In taking on the park as per his brother’s wishes, Henri also uncovers a hitherto untapped talent for management, building constructive relationships with his employees that would have given me the warm and fuzzies whether he was coded as autistic or not.

The Rabbit Factor is a funny, tense, and touching dark comedic thriller. 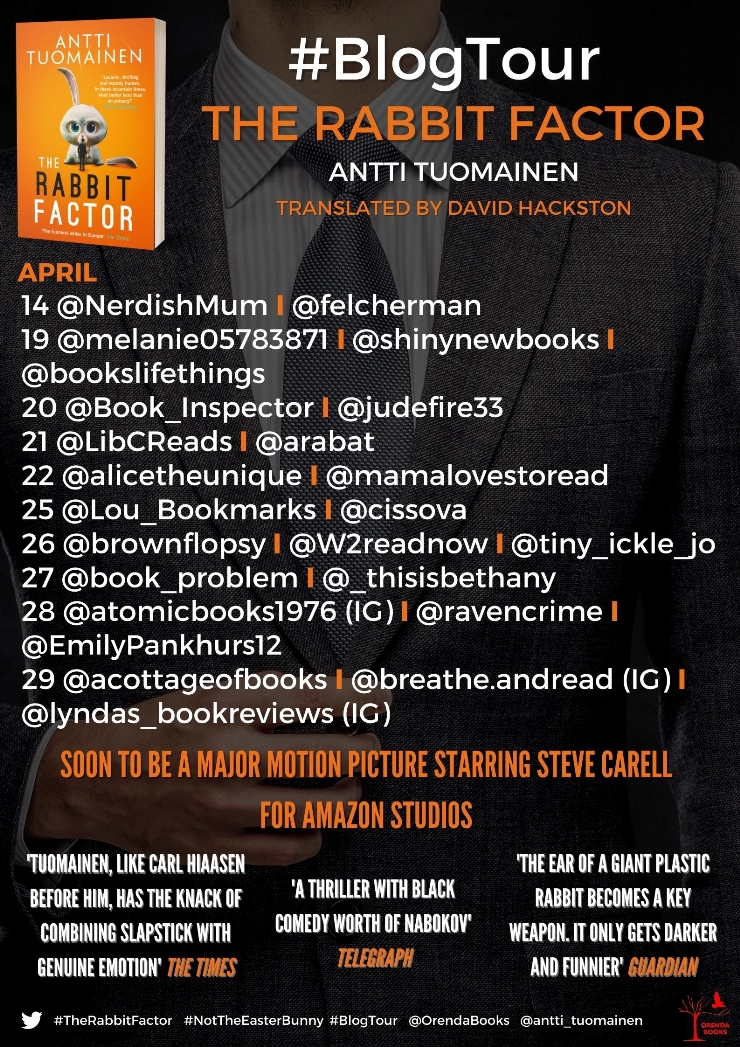