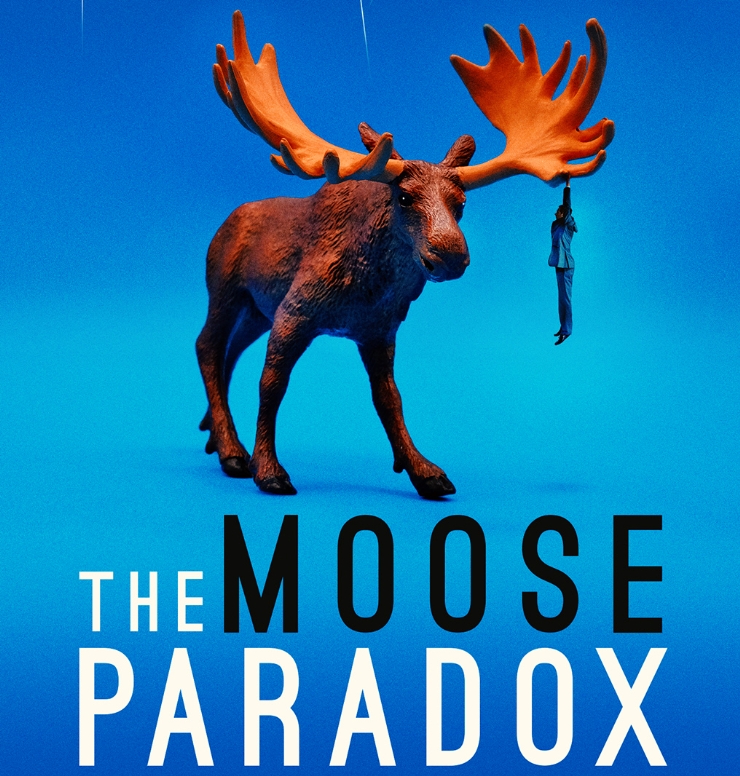 ‘Insurance mathematician Henri Koskinen has finally restored order both to his life and to YouMeFun, the adventure park he now owns, when a man from the past appears - and turns everything upside down again.

‘More problems arise when the park’s equipment supplier is taken over by a shady trio, with confusing demands. Why won’t Toy of Finland Ltd sell the new Moose Chute to Henri when he needs it as the park’s main attraction?

‘Meanwhile, Henri’s relationship with artist Laura has reached breaking point, and, in order to survive this new chaotic world, he must push every calculation to its limits, before it’s too late…’ 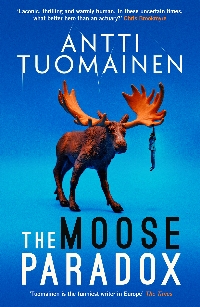 In The Moose Paradox, by Antti Tuomainen, we’re reunited with mild-mannered adventure park heir Henri Koskinen, and the other quirky characters from The Rabbit Factor.

Having got YouMeFun into a cautiously stable financial position in the previous book, trained actuary Henri has to face a new array of seemingly impossible situations engineered by a fresh cast of villains - including a face from the past he definitely wasn’t expecting.

I enjoyed The Moose Paradox for many of the same reasons I enjoyed The Rabbit Factor: the quirky characters; the exploration of Henri’s personality and how he tackles problems; the darkly humorous scenes of threat and violence; and the seemingly impossible situations you just know our hero will manage to solve somehow.

If you’re familiar with the previous instalment, you’ve probably already guessed who’s returned to Henri’s life - but as it’s not revealed in the blurb, I won’t spoil it, just in case! Needless to say, though, this man’s behaviour and interactions with other characters not only cause essential conflict, but offer greater insight into Henri (and the park)’s past tribulations.

It was a joy to be reunited with the park’s unique employees, especially overly-enthusiastic man-of-many-job-titles Kristian, and US Marine fantasist and Head of Security Esa. Along with the others, they’re not only very entertaining, but allow the author to make further funny observations about business culture, and bring the sights, sounds, textures, tastes, and smells (oh god, the smells!) of the park to vivid life for the reader.

Artist and former employee Laura is still around as a love interest for Henri, providing touching moments and foil for his regimented, highly analytical nature.

However, Henri looks positively flexible next to his new foes. First up are the new owners of supplier Toy of Finland, who not only refuse to sell Henri the Moose Chute, which would give the park a much-needed boost, but insist on delivering and invoicing him for undesirable equipment he doesn’t want. There’s also ruthless predatory investor Kuisma Lohi, who similarly refuses to take no for an answer.

The Moose Paradox carries on the previous novel’s tradition of slapstick clashes with villains that result in hilariously unfortunate injuries and deaths in self-defence, as well as improvised ways of getting rid of bodies. Naturally, Henri is challenged with heading off the distinctive Detective Inspector Pentti Osmala on numerous occasions.

As in The Rabbit Factor, there are times when you think Henri is well and truly stuffed, but past experience tells you he’ll get there - he “just” needs to share his problems with others who want to help and can see things from a different angle. His troubles are far from over at the end of the book, though, with an exciting set-up for the final book in the trilogy.

The Moose Paradox is a welcome return to the brilliant characterisation and tense situations that I loved in The Rabbit Factor. 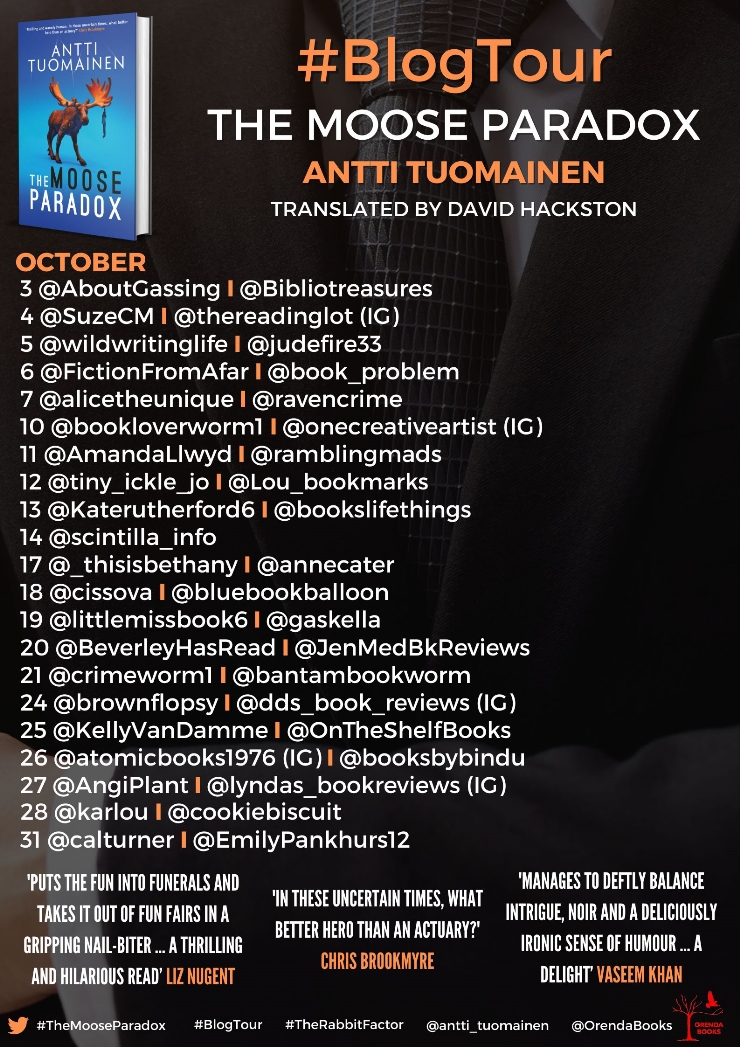