‘Joined at the hip, Eliza and Mary Chulkhurst overcome fear and hostility to grow into gifted and much-loved women – one a talented musician and song-writer, the other a caring healer and grower of medicinal plants.

‘Entangled in the struggles for power and influence of the great Kent nobles of the time, they achieve much in their lifetimes and leave behind a legacy that survives to this day.’ 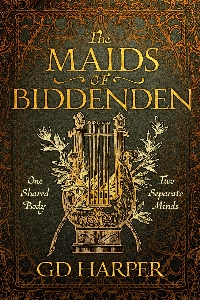 In The Maids of Biddenden, by GD Harper, we follow twelfth-century conjoined twins Eliza and Mary Chulkhurst from the age of six to their deaths at 34.

When we first meet them, they’re living in a convent in Malling, where they’ve been raised by nuns since their mother died in childbirth. They spend most of their time confined to one room, to avoid disturbing the locals with their abnormal appearance.

Soon after this, they go to live with their father, Thomas, and new stepmother, Gudrun, in Biddenden. After the initial shock and a period of adjustment, they’re accepted into the local community. Eliza develops a talent for music, while Mary becomes a knowledgeable healer, and their reputation spreads across the county.

The Maids of Biddenden is an entertaining read that features lots of detail about work, domestic life, architecture, food, travel, entertainment, medicine, and important figures in the early 1100s. The author conducts a thorough exploration of the challenges a pair of conjoined twins might have faced at this time.

Religion is one of these challenges. Many characters, including most of the nuns in the convent, are (or, at least, start off being) scared of the twins because they believe they’re an abomination, and not “of God”. It was heart-breaking to see people reacting to them in such a hostile way, and failing to see that they were really just two little girls.

Harper does an excellent job of conveying how much influence the church had over ordinary lives during this period. We see how social care often fell to monks and nuns, who not only took in parentless children, but provided alms and medicine to those in need.

Meanwhile, those further up the religious hierarchy, such as bishops and archbishops, wield great power throughout the story. The more sympathetic ones help the sisters by ordering that they should be able to travel and go about their lives safely, and encouraging them to grow their talents.

Others, however, hinder their success by gatekeeping useful resources, or even suggesting the six-year-old twins’ fate ought to be “left to God” - i.e. they should be turned out to fend for themselves, and whether they survive or not is God’s will.

Gender and class also stymie Eliza and Mary’s progress. On the one hand, the fact that they’re regarded as unmarriageable means they’re free to pursue their interests in ways other women are not. On the other, if either of them did want to get married, they might get the other’s blessing but society would definitely be squeamish about the idea, and men tend to regard them as objects of sexual curiosity rather than potential love interests anyway.

The twins’ ambitions are only tolerated up to a certain point, with religious and secular authority figures repeatedly shutting them down for “forgetting their place” as women, not to mention daughters of a mere farmer, and this keeps the story realistic. Mary struggles to get men to recognise her superior knowledge and skills in growing medicinal plants, while Eliza has to tread carefully when writing songs about public figures.

Perhaps their biggest challenge, though, is one common to conjoined twins throughout history: they have to learn to get along, and accommodate one another.

Much of the tension in the book arises from Eliza being the more confident and outgoing of the pair; the boredom one sister suffers while the other is pursuing her particular interest; or one twin speaking out of turn when her counterpart has an audience with someone important, with mixed results. It’s gratifying to see them mature and develop a much-needed affinity with each other over the course of the novel.

Another classic source of tension is the girls’ stepmother, Gudrun, who initially goes to great lengths to stop them even coming to Biddenden. This, along with the medieval context, gives the story a fairytale-like dimension.

The Maids of Biddenden is an imaginative and richly detailed, yet realistic story of triumph over religious, gender, and class restrictions. 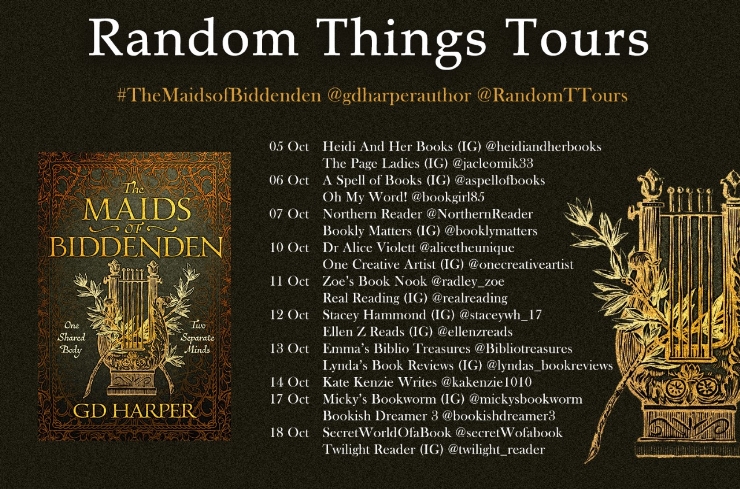