‘1930: Beattie and Darragh give all they have to make a living from their Midwest farm, The Luck, pouring their love into their home and their one son.

‘When Conrad leaves to find a new life they are heartbroken, but later thrilled when his two young daughters come to live with them. The girls are a new start for Beattie and she is determined to keep them.

‘As Olive and Rose grow up as strong-willed as their grandmother, the family will see betrayal, heartbreak, murder and also intense joy in this gripping family saga.’ 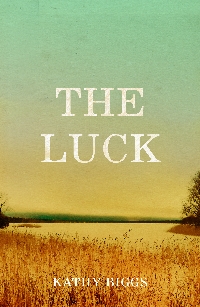 The Luck, by Kathy Biggs, charts the highs and lows of the O’Grady family over the course of 40-50 years. In the 1930s, Irish Darragh buys a farmstead in America’s Midwest and marries local girl Beattie, and together they raise a child, Conrad.

When he grows up, Conrad disappears from his parents’ lives, but they end up raising his daughters Olive and Rose, who go on to marry and have their own children. History repeats itself, though, as Rose goes missing when her son James is three years old, and Olive’s son Ruaridh skips town as a young adult. Where did Conrad, Rose, and Ruaridh go, and what other secrets are members of the family hiding?

I found The Luck very absorbing. Each character is highly distinctive, well-drawn, and complex, and I enjoyed watching their development and seeing how things turned out for them over the course of so many years. While some characters are more likeable than others, I felt sympathy with all of them at different points, for one reason or another.

This novel also has a strong sense of place, both in terms of The Luck itself as the constant hub of the family, and the nearest town, Oaklake. While the area evolves in some ways due to the changing natures of employment and transport over the period covered by the story, the heart of the town remains essentially the same, with its few amenities restricted to one main street, where Olive opens her own general store and tearoom, and the locals socialise in its one bar/diner, the Ponderosa.

As you’d expect, family relationships are a major theme in this book. We see three different types of mother: Beattie, who takes well to the role of motherhood, is heartbroken when she becomes estranged from Conrad, jumps at the chance to raise Olive and Rose, and delights in her grandchildren; Olive and Rose’s mother Vida, who is more than happy to relinquish the girls to their grandparents after Conrad deserts her, so she can pursue a career unhindered; and Olive, who can’t summon much feeling for Ruaridh, and finds caring for him a challenge.

This links in to expectations of women in the mid twentieth century. While Beattie comes closest to the model of the “ideal” mother, she feels like a failure because two of the children she raised - Conrad and Rose - disappear. She judges Vida for deserting Olive and Rose, and feels hurt when Rose establishes a relationship with her mother as a teenager.

Olive, meanwhile, feels like there’s something wrong with her because she doesn’t experience the rush of motherly love she’s “supposed to” towards her son, and wants her life to be about more than caring for him, but she can’t tell anyone she feels this way.

Olive finds herself judged in Oaklake not only for the lack of attention she pays to her baby, but her sharp, straightforward manner and lofty ambitions. She marries young, in line with social expectations, and you can’t help but think she could have been far more happy and fulfilled more of her potential if only she’d been born a few decades later.

The same goes for Rose. While people find her more attractive and palatable than her sister, she makes an unwise early marriage that ties her to Oaklake at a time when she has a promising future in California, and she also feels pressured by Beattie to make a big occasion of her wedding.

The story also prompted me to consider nature versus nurture, with some characters turning out very different from their parents or siblings. It’s understandable, for example, that Ruaridh goes off the rails as a teenager having been neglected by Olive virtually from birth, yet also, Beattie and Darragh find Conrad hard to relate to right from when he’s very small, despite their loving efforts.

Olive and Rose, meanwhile, have little in common - and on the occasions that they do want the same thing, it’s something only one of them can have, ramping up the tension and drama, with far-reaching consequences.

The Luck is an absorbing, multi-generational saga featuring interesting, complex characters and a convincing setting. 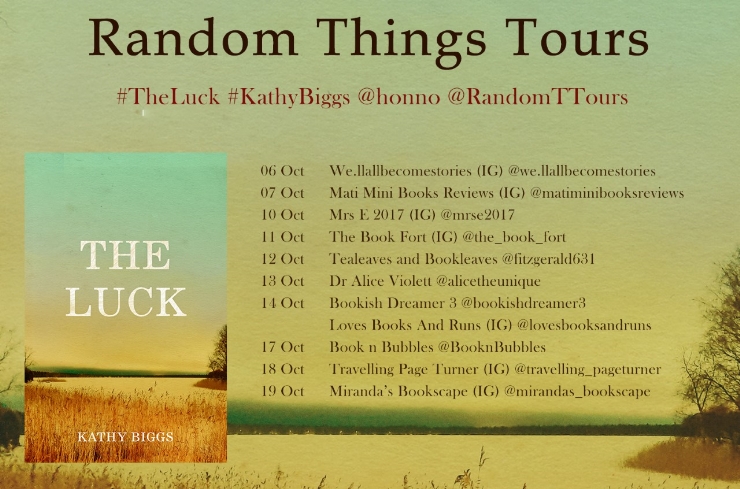